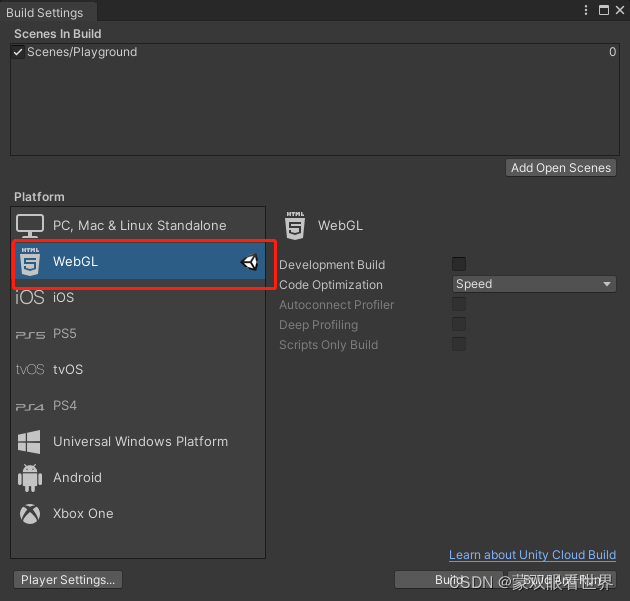 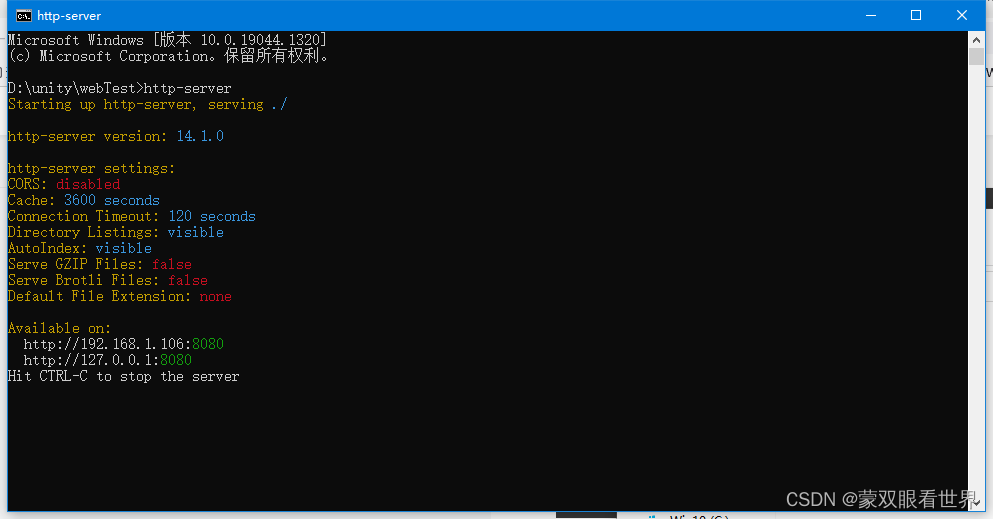 When you open it at this time, you will find that the page is as follows: 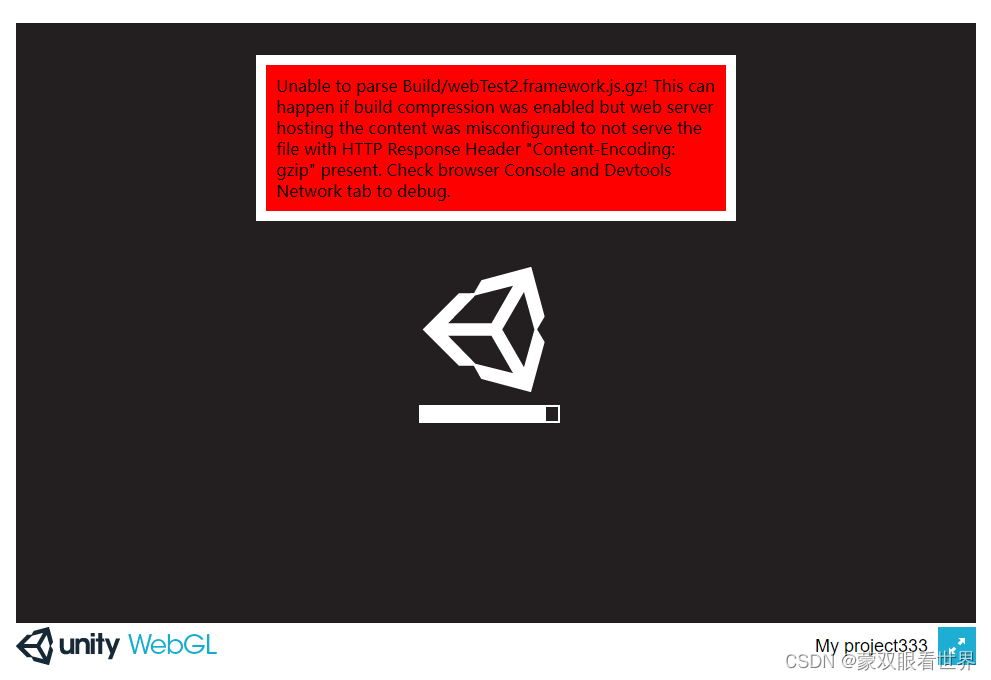 It can work normally after being released at this time, but it is not full screen: 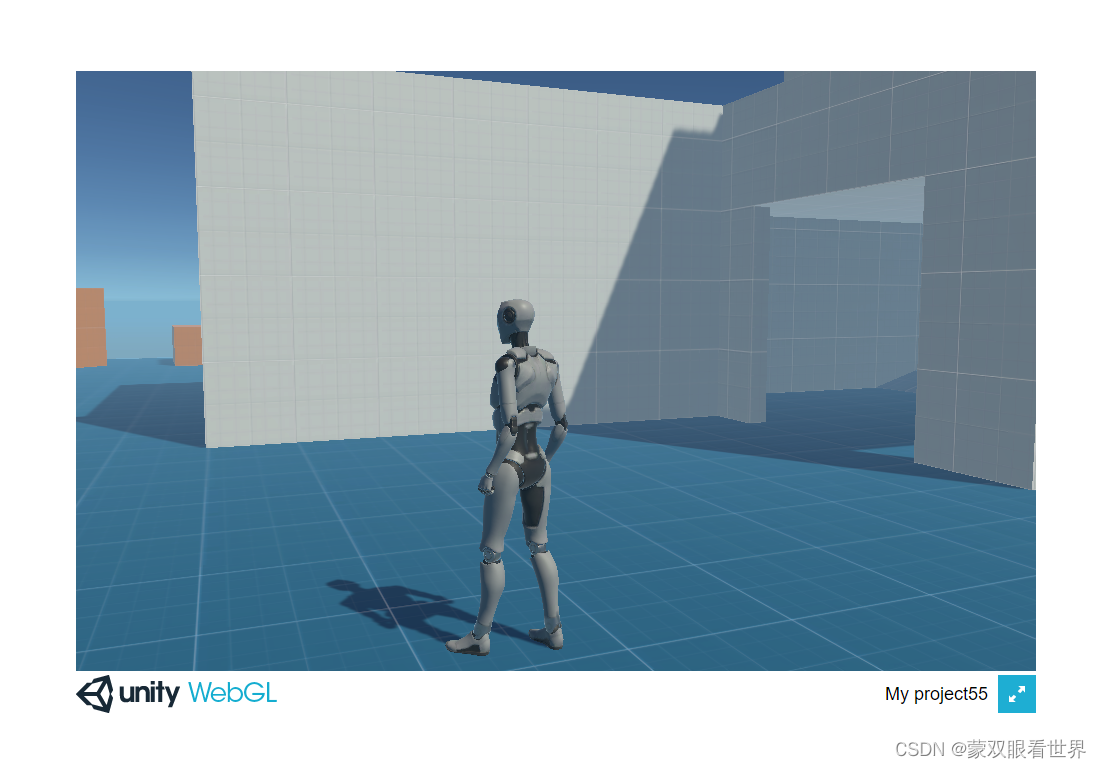 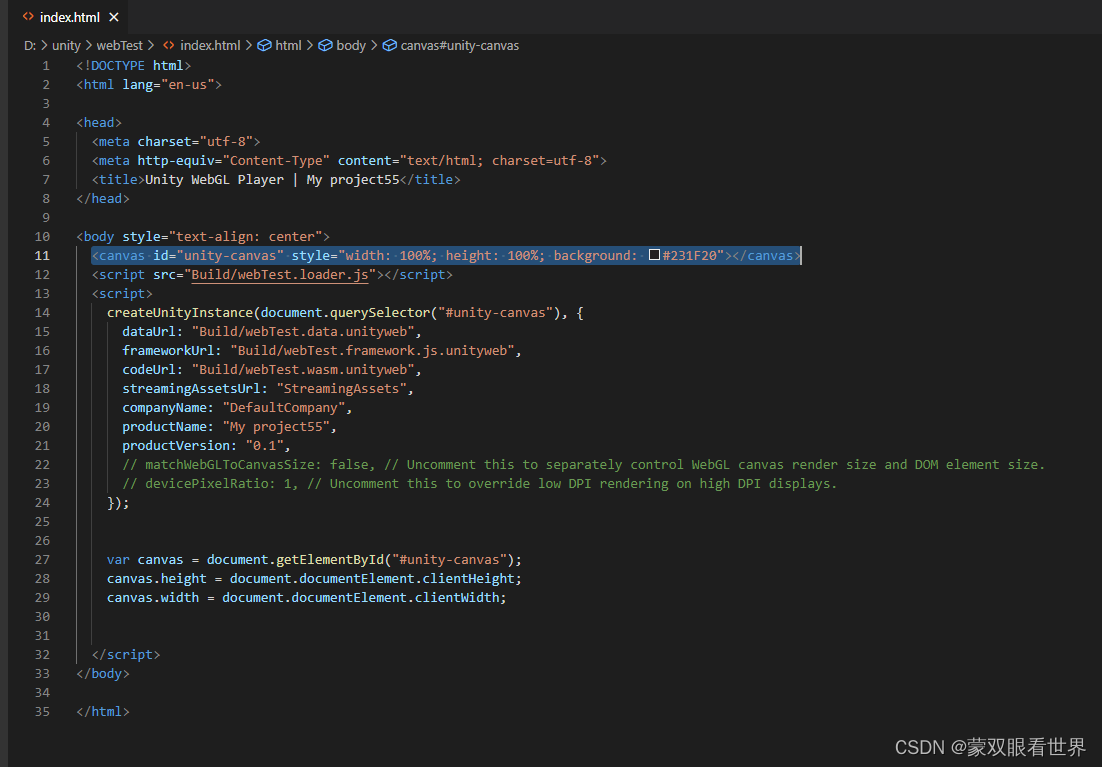 Directly modify the style of canvas:

Or insert code in <Script> :

This can solve the problem, but it is troublesome to modify it manually after each release. Later, we will study the automatic processing during release.

Or there are other full-screen settings.

Unity error: deterministic compilation failed You can disable deterministic builds in player settings
this error was encountered when opening the old version of the project with the new version of unity

2. Click play –> Pull down to find Use Deterministic Compilation, then uncheck and restart unity 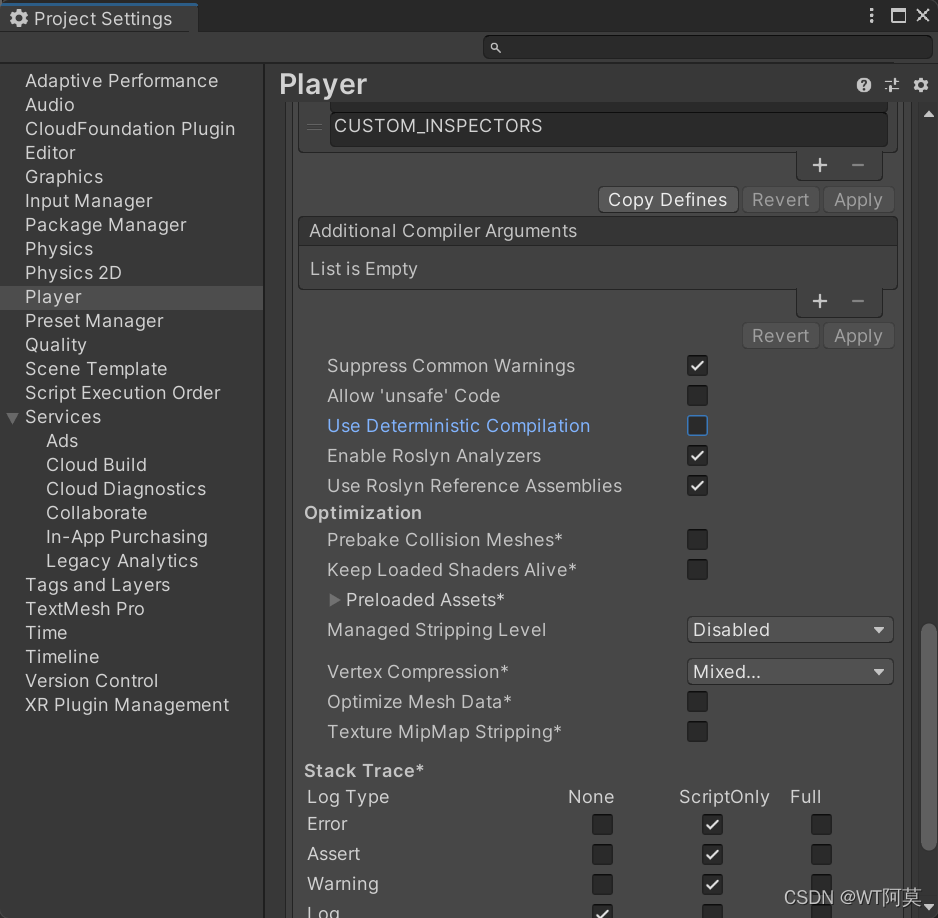 The new MAC system is 11.4, and the installed Xcode version is 13.2.1
after opening a unity project and switching to IOS platform, cocoapods is installed in the background, but an error is reported indicating that the installation fails:

According to the error prompt and query from the network, it should be that a new Ruby Version needs to be installed, and the ruby provided by the system cannot be used
installing Ruby requires RVM, and installing RVM requires homebrew

Use the command /usr/bin/Ruby - e" $(curl - fssl) is not used here https://raw.githubusercontent.com/Homebrew/install/master/install ）"

After installation, check the Ruby Version Ruby -v. If it is not the version just downloaded, I need to use the command to cut the version

Here, for unit packaging, cocoapods are not completely installed. You need to continue to follow the following steps.

Command + Shift + G, open to the folderpop-up window, and enter ~/.cocoapods, after opening the cocoapods folder, delete all the contents under it, create a new repos folder, open the command line tool, and execute the following three commands in turn

In this way, the Xcode project exported by unity will have Xcworkspace file (in case of problems in cocoapods environment, the exported Xcode project only has .xcodeproj file, and there are many exceptions when using this file for packaging press conference), and then open the file with Xcode for subsequent publishing

Unity reports an error when playing the video: got null handle from idxgiresource:: getsharedhandle, which shows that the running program cannot play the video, but the sound can be heard. This problem is likely to be related to AMD’s unique display. If this error occurs, you can try the following solutions.

This solution takes the windows platform as an example, and other platform solutions are similar.

Open Edit - project settings in unity, select player , select PC platform, uncheck auto graphics APIs for windows in the options of other settings , and add Vulkan at graphics APIs for windows below the options, Delete or adjust the default direct3d11 to Vulkan , as shown in the following figure. After adjustment, you will be prompted to restart the unity editor. You can restart it. If you try to run again, you will not report an error. 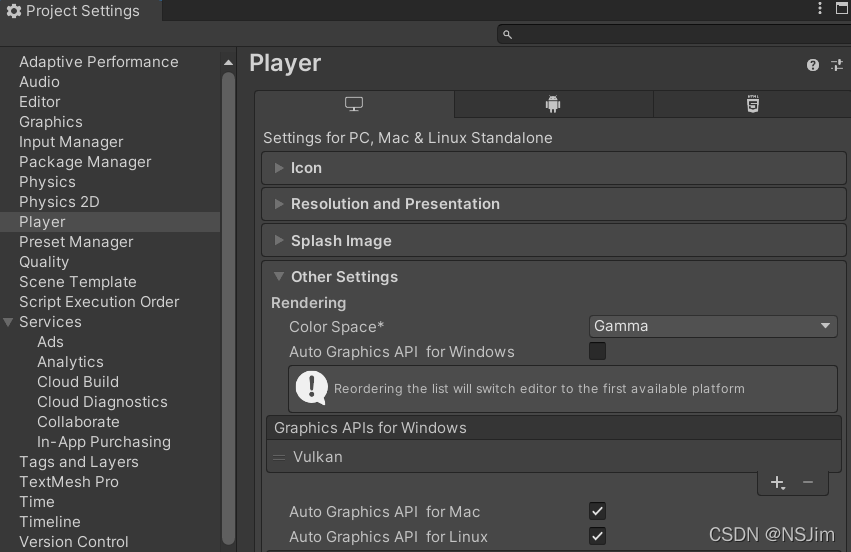 The error “not allowed to access vertices on mesh” is reported

the reason is that the preform is not allowed to be read or written. Click the preform and check here 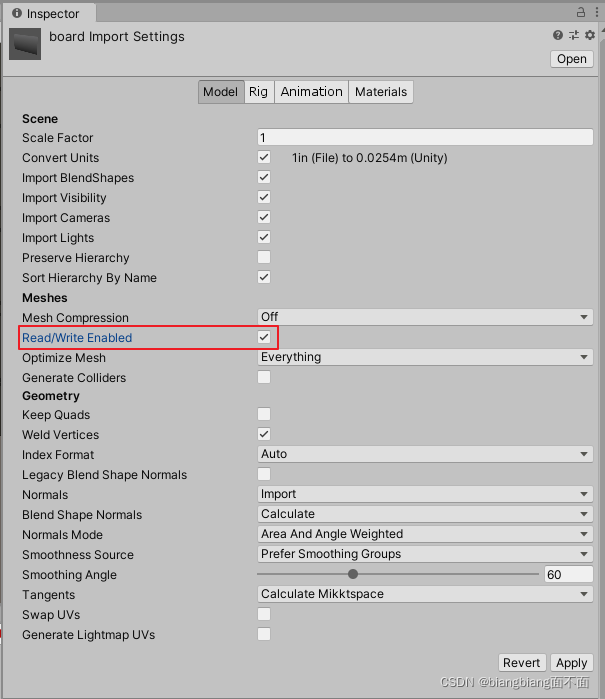 Just find the packages folder in the project root directory, open the JSON file of the manifest, find the corresponding version number in the error report, delete and save it 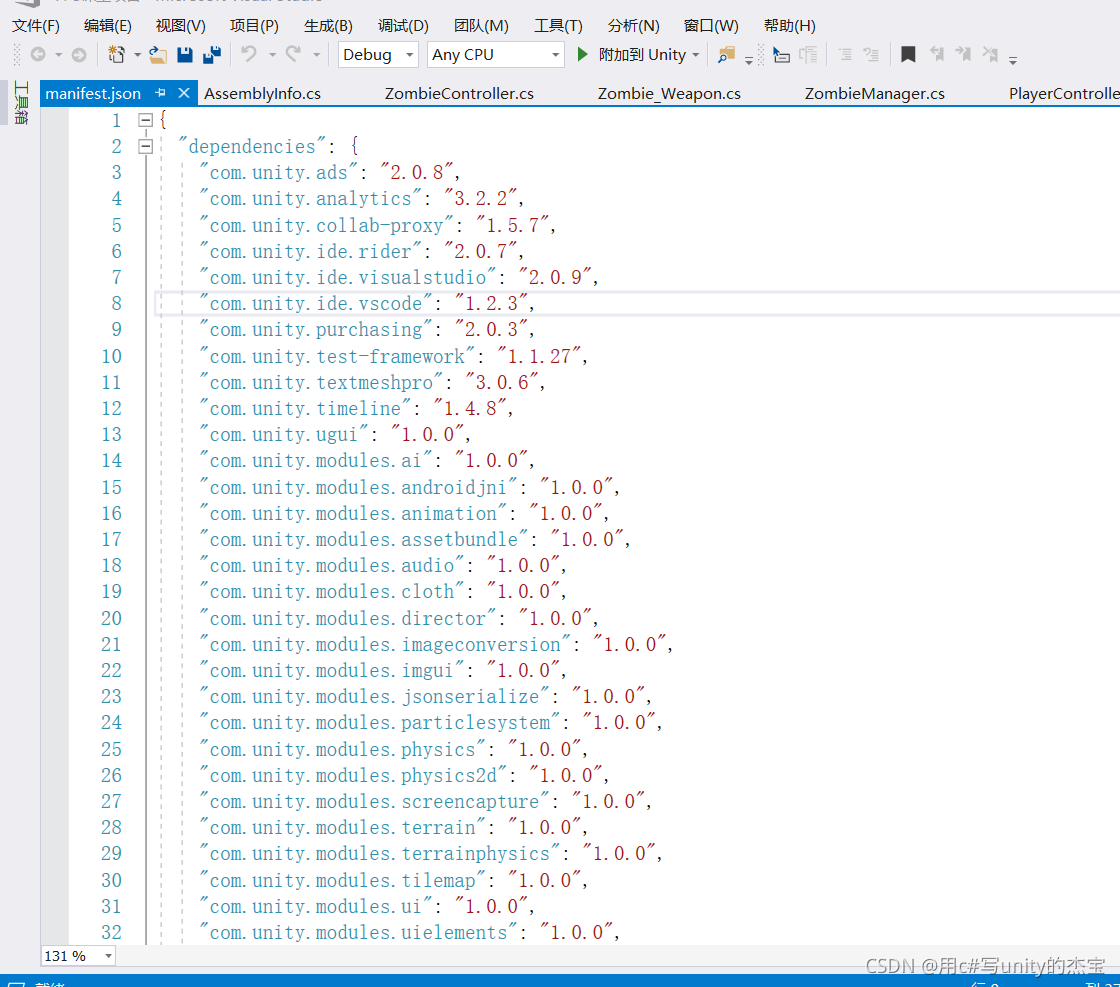 iOS framework addition failed due to a CocoaPods installation failure. This will will likely result in an non-functional Xcode project.

When unity exports the Xcode project, it relies on the third-party cocoapods library. The error is as follows.

Although the warning is written in the error, the warning problem is solved and the error is no longer reported.

The specific error reports are as follows (part):

I’m afraid the original article will be deleted once.

After downloading, change the downloaded file to a. Zip file and unzip it. After decompression, find the newtonsoft.json.dll file in the directory:… \ newtonsoft. JSON. 13.0.1 \ lib \ netstandard2.0 and copy it to the… \ assets \ plugins \ netstandard2.0 directory of unity.

Create a new link.xml file in the assets directory of the unity project:

Error:
when I use system.data.dll to parse excel table; Encountered this error:

wrong positioning:
this is an excel problem; The error is reported in: excel reader. Asdataset() is due to the problem of Excel format;

Solution:
you can solve this problem by setting the cell format as text in Excel table;

After referring to many online tutorials, I tried to modify DNS, delete Josn files for many times, and even downloaded different versions of unity. I tried all afternoon
finally, I thought that since it was a network problem, I referred to the method of ROS installation
connected to the mobile hotspot, and it was OK

1. After opening the project, an error is reported: error cs0234: the type or namespace name ‘UI’ doors not exist in the namespace ‘unityengine’

2. Solution: close untiy, delete the Library folder, and then reopen the project

[1] Close the project and delete the folder library. The location is as follows: 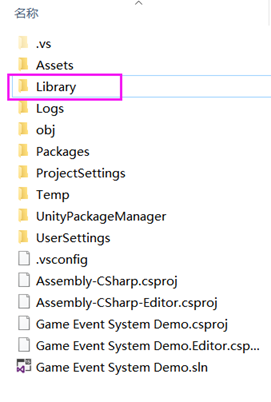 [2] . reopen the project and unity will automatically rebuild the relevant DLL

if there is where in the error message: followed by garbled characters, it means that the path is wrong, and neither the project nor the signature can be in English.