These three jar packages are missing from the generated package

The problem is solved after importing dependencies.

An error occurs when Webflux uploads a file:

You can only upload files with a maximum size of 8KB, which exceeds the limit and cannot be uploaded normally

Method I (not effective):

However, the above code does not take effect in the spring 2.X.x version. The official said it was solved. It is estimated that it was solved in the later version, but the project has been produced. It is certainly impossible to change the version now, so we have to find another way. During his startup, debug found that it was set to 262144 when initializing the code:

After configuring load balancing, start springboot and report an error

The version difference of jar
I first used ribbon and Eureka. When I added them, I didn’t notice that the following two versions were abandoned

The dependency of replacing the Eureka registry module is

Today, when learning spring MVC, you need to configure the web.xml file, and an error message element web app must be declared appears.

When there is a large amount of data in Excel, the process of Java background parsing may take a long time, but users do not need to wait. At this time, consider the asynchronous import of files

However, after testing, it is found that the annotations of this annotation are also annotated, but the asynchronous effect cannot be realized.

In different Java classes, the above problems do not exist

When I saw this exception nosuchfileexception, I was stunned. The test was conducted through postman, so I began to suspect the problem of postman. After troubleshooting, there was no problem with postman and path, and the asynchronous call process was OK

Then think of the abnormal prompt, that is, the file can not be found. According to the printed log, it can’t be found locally. Then there was the following writing

The following method is to take the InputStream stream as the input parameter, so the file cannot be found.

Recently, a project was developed with idea + maven, and it has been running without problem. Because idea takes up too much memory, I want to debug a problem on eclipse. I found the following errors when I start Eclipse:

Obviously, it is because the feignclient Parameter annotation does not display the specified value. The source code is as follows:

There are similar hosts in spring MVC, but no errors are reported.

Generally, it is customary not to specify value when writing spring MVC parameter annotations, such as requestparam/pathvariable. Since the project has been running for some time, code level problems can be eliminated.

First, it uses the standardreflectionparameternamediscovery to try to find the variable name with reflection. This is only possible when compiling classes with – parameters. Second, if it fails, use localvariabletableparameternamediscovery. It tries to find the variable name from the debugging information in the ASM library class file. However, the javac compiler ignores the debugging information of parameter names in the java interface class file. The difference between spring MVC and faign appears here. Feign is the annotation added on the interface, while spiring MVC is the annotation added on the implementation class. This is why feign cannot find the parameter name without – parameter. 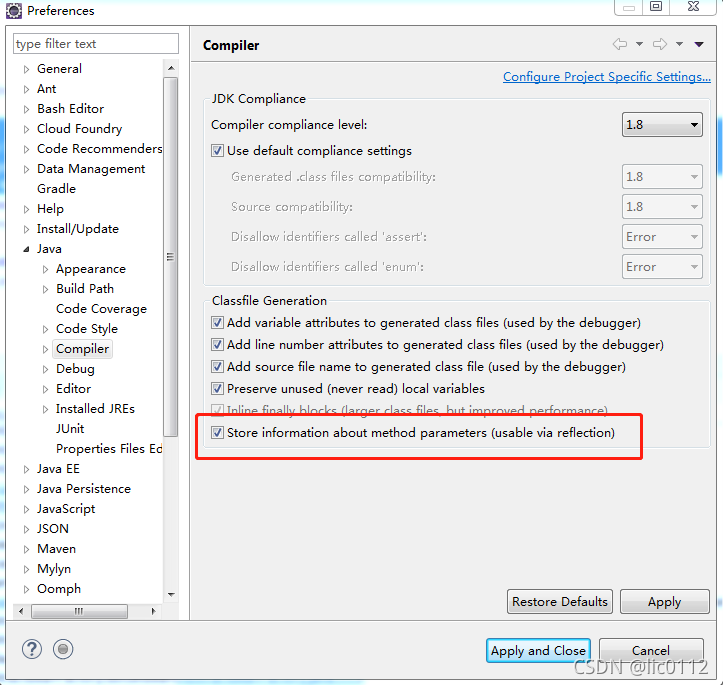 If you compile manually, you can add the javac parameter – G – parameter parameter
idea and Maven take these parameters by default, so you don’t need to configure them manually

SSL connections and some components may be missing in openjdk

Error reason: roleides is not found, and the roleides parameter is not detected by SQL statement

Solution: add the @ param annotation to specify the parameters of the incoming SQL statement

The JDBC type is written in uppercase

The problem revolves around mapper. There may be many reasons for the problem:

1. The control document is written incorrectly

2. The file generated after compilation does not contain XML file

Solution: manually specify the resource folder in the pop file 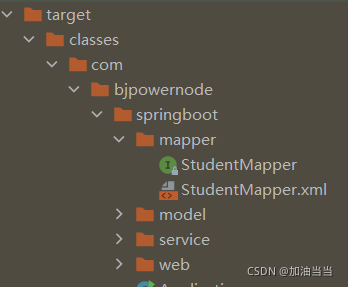 This error message may appear when opening Java programs in idea. Generally, it is reminded   Server startup failed. Port XXXX is already in use.

Go and see your POM file at this time

Carefully check that the annotation and requestmappering path in each package are correct, but they can’t be accessed

The possible reason is that the project needs to be refreshed 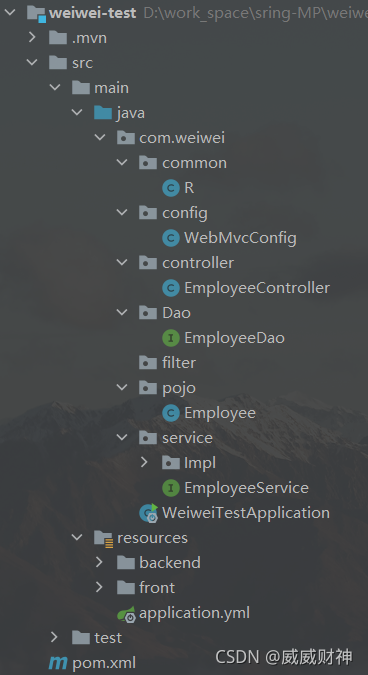