Error Cause.
There are two types of yarn installed by system apt install yarn and npm install yarn

When generating NFT， we often prepare all the materials needed for NFT, and then stack each material on the same canvas to generate an NFT， but if we manually It’s too troublesome to stack one by one, because NFTs are often issued in thousands of ten thousand， so manual generation is unrealistic， So what can we do to generate It, Is to use the computer, There are many similar tools on the Internet, There are graphical and pure code, And many use Paython to generate NFT, But there is a node abroad The script tool Hashlips can directly use node to generate， and it is very convenient and powerful to use, There was no problem when using the windows system before, After changing the MBP later, I found that Hashlips reported an error when executing npm install 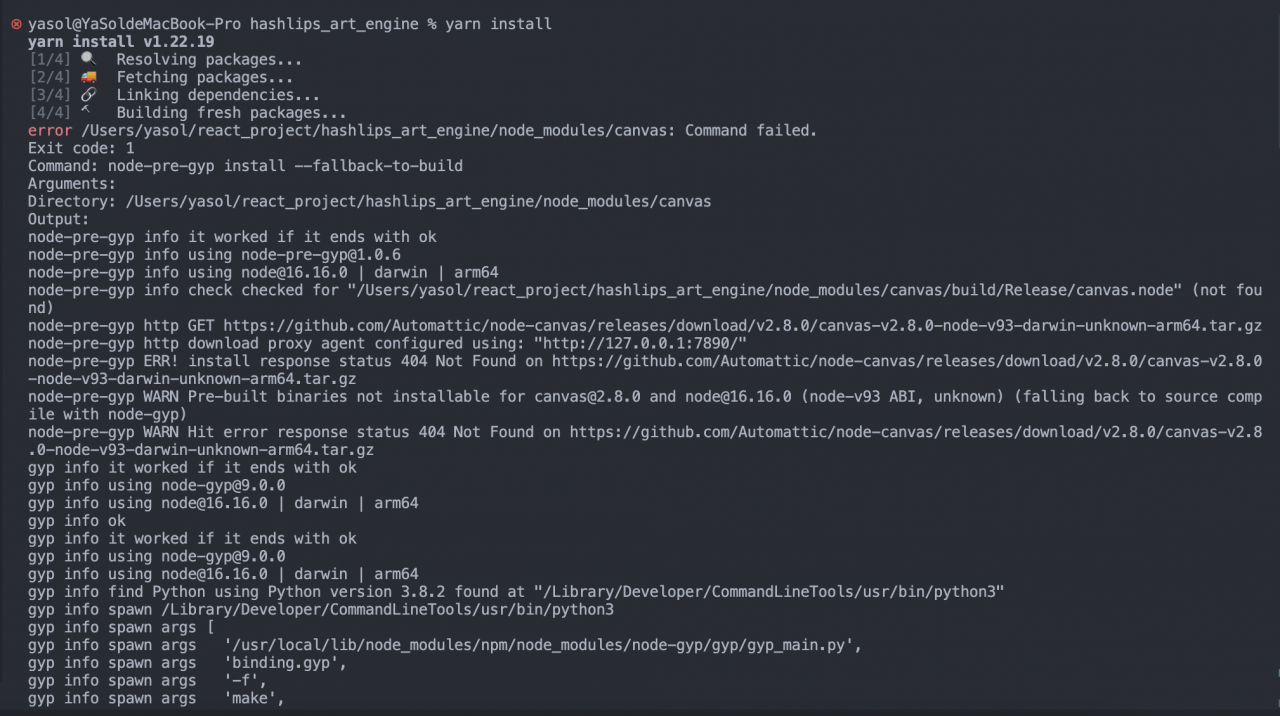 After various searches and research, I found that Hashlip is implemented with canvas canvas, Then I touched the node-canvas library, There is a very similar problem in the issue of this library, which probably means that the Mac with m1 chip cannot directly use npm to install the library to node-canvas, You need to use Homebrewto install what you need. 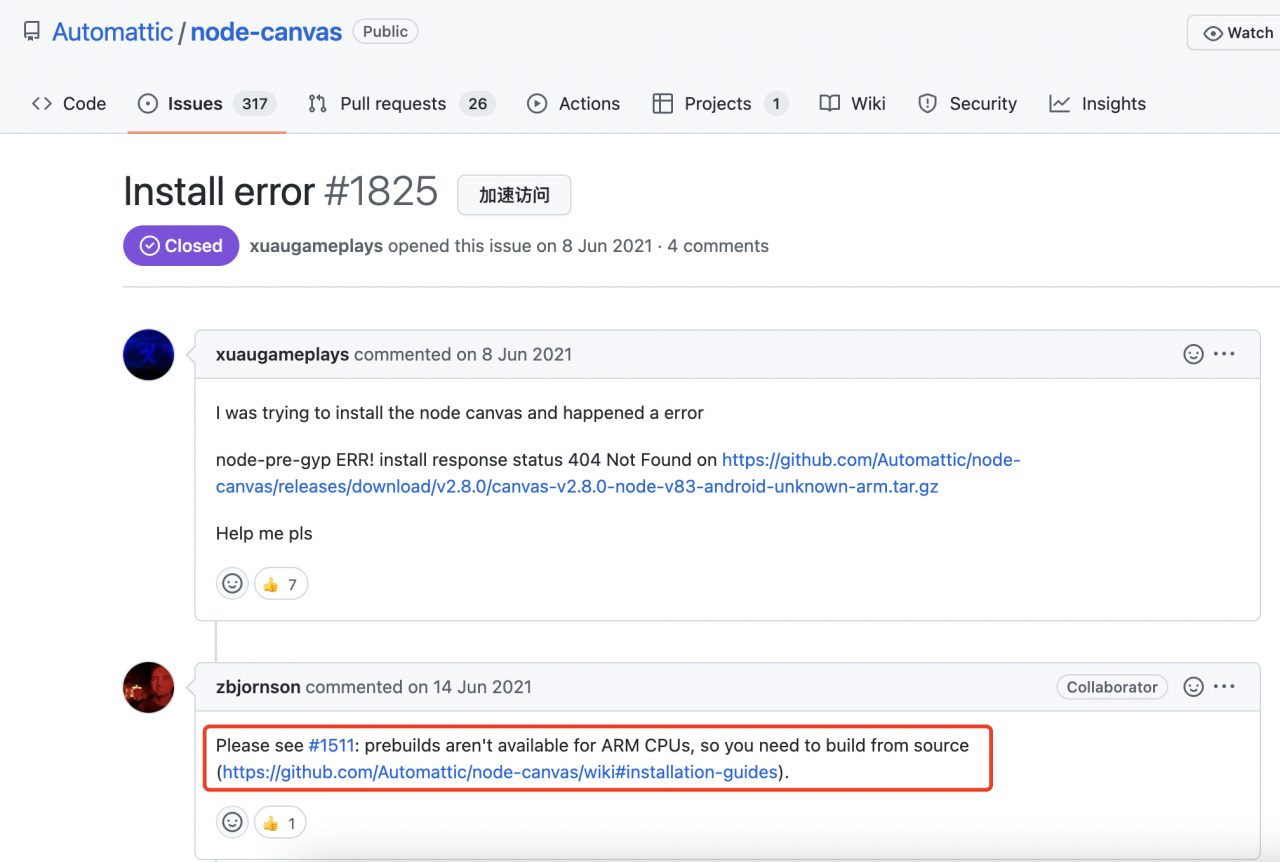 In fact, both node-canvas and hasllips have released solutions one after another，The solution is actually the same，The following is hasllips The method approved in the official issue

Combined with the above solution, The landlord did not upgrade the node version to the latest version, but used the LTS long-term support version of Node16.6， then Directly use Homebrew to execute the command brew install pkg-config cairo pango libpng jpeg giflib librsvg pixmaninstall 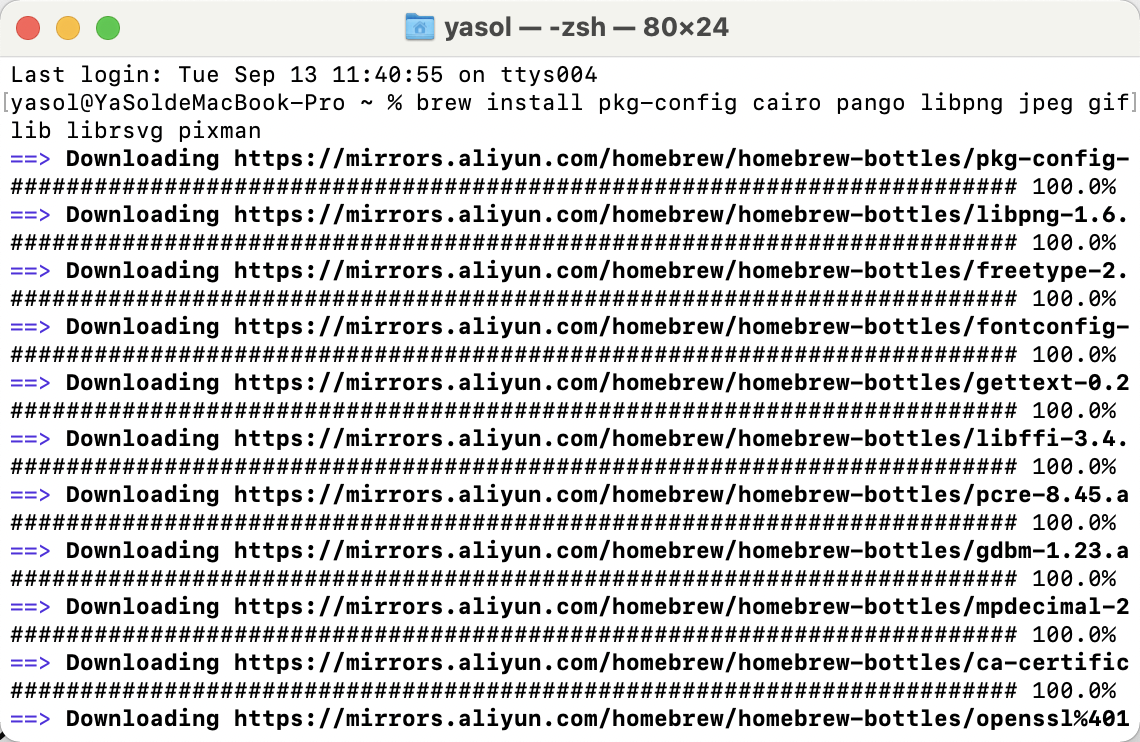 Wait for the above installation to complete,npm install or yarn install directly in the project

When installing yarn on nodejs (my version: 16.17), after executing the command: corepack enable, I got an error: Internal Error: EPERM: operation not permitted, open 'Y:\nodejs-v16.17.0-x64\pnpm, The operation is not allowed, I thought of the previous execution of rm -rf /* with linux normal user will also prompt not allowed to execute the operation, and change to root (administrator) account to have higher privileges to execute the command, so I guess it should be the same problem, so I tried to run the cmd command window as administrator, and execute the command: corepack enable again, it succeeded It worked:

After the installation, execute the node app.js again, running successfully!

When the front-end project is started (npm run dev) and packaged (npm run build:prod), the following error is reported:

The reason for this is that nodeJs V17 released OpenSSL3.0 with stricter restrictions on the algorithm and secret key size, which did not affect versions before nodeJs v17, but this error will occur in V17 and later versions.

1. Use the EJS engine mode to report an error prompt FaiLED to lookup View “ERROR” in Views Directory

3. ejstemplate engine needs to be supplemented

@vitejs/create-app is deprecated, use npm init vite instead

@The vitejs/create application is deprecated, please use NPM init vite instead

When I reinstall the computer system, I download the front-end environment configuration again. An error occurs when configuring NPM. The main error messages are as follows:

Click the path in the system environment configuration to observe whether the path is consistent. This may be my personal reason. After reinstalling node several times, the path here is inconsistent. After the change, it is still not possible.

I thought it was caused by the command line permission problem, and found that using the administrator still does not work, and then I searched the Internet for the reason and finally found it;

New project, Vue + element, NPM install, The error information reported at that time is as follows.

To install it, you can run: npm install –save core-js/modules/es.error.cause.js

Note: this error pops up when I try to package the vscode plug-in

After some troubleshooting, I found that the reason I got this error was because I started installing the vsce package in the current location, and then I decided that it was wrong and changed it to a global installation. Then, instead of uninstalling vsce from the current location, I just deleted the node_modules folder. The error occurred because the vsce package command was not executed correctly because it was not uninstalled and then deleted.

Use npm uninstall vsce to uninstall.

Finally, you can choose to delete node_modules folder.