Method 2: operate in the original array
/ / remove all the elements in the array arr whose values are equal to the item, directly operate on the given arr array, and return the result
to the user**

Record the error when starting the robot framework ride

Therefore, we tried the next step application.py The UTF-8 coding form in the file is changed to “GBK”, restart ride.py After that, ride is turned on 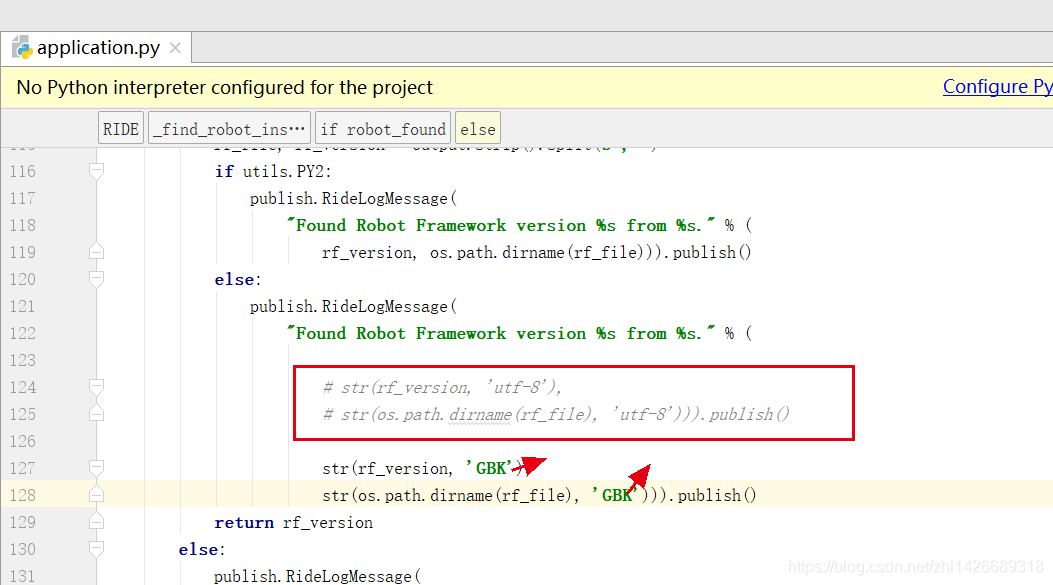 Cloning failed using an ssh key for authentication, enter your GitHub credentials to access private repos
Head to https://github.com/settings/tokens/new?scopes=repo&description=Composer+on+ Name + time
to retrieve a token. It will be stored in “C”: / users / administrator / appdata / roaming / composer/ auth.json ” for future use by Composer.

Log in to GitHub and open the following link
below https://github.com/settings/tokens
Generate a token
and execute the following code

Then read the error message in the newspaper

Is there any change in the following file? If so, there will be no problem,

Vs2015 appears when writing socket client. (this is the second time I have encountered this problem. Last time vs2017, I must remember it to facilitate myself to check in the future: P)

In the version after vs2013, INET is added_ New functions such as Pton () and inetpton () are used for IP address conversion between “dotted decimal” and “binary integer”, and can handle IPv4 and IPv6. And INET_ Addr is an old function. Higher version vs uses a new function by default when compiling, so this error will be reported.

Problem description
operating system: ubuntu16.04/ubuntu18.04/ubuntu20.04
ROS version: kinetic / melodic / noetic
recently, I was learning how to install and use orb-slam2. During the compilation process, I found that the rosdep command is needed under ROS

The following error is reported:

Gu Yue bloggers have sorted out this problem, but according to the current network environment, there are still problems.
Reference article:
1 https://www.guyuehome.com/12640
https://blog.csdn.net/JanKin_ BY/article/details/105509383

The root cause is that the network is blocked. If the above articles are not helpful, please refer to the following solutions:
1. Take the computer to the University Campus (the suffix of the university website is edu.cn Use its campus network to use the rosdep command;
2. Try to use mobile hot spots (China Mobile, China Unicom and China Telecom).

When you modify the host name, you can directly use the tools provided by the system.

The key point is: operation not permitted.

Solution: use Win + X, select the command prompt (administrator), and run the command in it.

Using the open feign development interface, the direct startup fails, and the following exception is thrown:

The problem is obviously that spring cloud starter loadbalancer is not added, so in the pom.xml Add the following dependencies to:

After re importing the dependency, it starts successfully, but the calling interface still reports an error:

After re importing the dependency, restart the project and call successfully.

There are three kinds of library functions about random number generation in MATLAB. Let’s take a look at their forms:
1, Rand (…)
it is to generate pseudo-random numbers with uniform distribution between 0 and 1 (open-loop, excluding 0 and 1), that is, infinite tests, in which the probability of each number is the same.
its function format is as follows:

for example, generate a double type of 5 × 3 evenly distributed random number between 0 and 1:

similarly, we want to generate 100 data between [a, b], which can be expressed as:

2.randi(…)
Randi (n) is a pseudo-random number evenly distributed among the generated (0, n), and the numbers are all integers, so each number is between 1 and n. It can be expressed in the following ways:

4. Stable restart distribution RNG
here, let’s see how to make the random number generated by each program run the same, mainly with the help of the Lang function, and the format is as follows: 1

in addition, there are expressions that generate the same distribution: