Xposed is known as the most powerful artifact on Android. If you don’t know what xposed is, then you are really out. This blog will let bloggers take you to understand xposed.

(1) What is xposed?
Xposed is a framework. There are many modules on it. These modules all depend on xposed. The reason why xposed is the first artifact is that these modules can complete many incredible functions, such as modifying the wechat interface, automatically grabbing red packets module, self defining the text of the program, preventing wechat messages from withdrawing, and preventing the three hooligans of bat from calling each other Wake up, chain start, lock the screen automatically after the app to prevent background operation power consumption, there are many modification app or mobile data installed B module and so on.

(2) How does xposed work?
xposed The principle is to modify the key files of the system, and then when the app calls the system API, it first goes through xposed, and these xposed based modules can selectively do some “bad” things when the app calls these APIs, or modify the returned results, so that the effect of the app will change when it runs, but the app itself is not damaged, just when it calls the system API Wait, the performance of Android system has changed. This is hook, the technical term hook. So, to put it bluntly, xposed is a powerful hook framework.

Let’s have a professional explanation

By replacing / system / bin / APP_ The precess program controls the zygote process so that it loads a jar file of the xposed framework during the system startup XposedBridge.jar So as to complete the hijacking of zygote process and its Dalvik virtual machine, and allow the development

It’s been a while since Android studio was used to develop Android. Occasionally, as has a yellow highlight on some private variables field can be converted to a local variable . I still don’t want to see this yellow highlight for some obsessive-compulsive disorder. Baidu did not find any useful information, or Google search to find some answers.

PS: you still need better English. In fact, you can understand it by reading the instructions. You don’t need to search in this way.

The operation is shown in the figure below

Double-clear operations will also be done, and partitions will be rebuilt

Failed to mount /cache error will not be reported again after the adb sideload is executed.
E:Can’t mount /cache/recovery/log

Recently, AndroidStudio has encountered this problem for the first time running a project. I don’t know the specific reason, but the solution is as follows.
Add the following to your app’s build.gradle file under the Android TAB.
The requestWindowFeature method must be placed before the content view is initialized. I checked that this is the first one, but later I found that I changed the class inheritance. Before I inherited the Activity, I changed the class inheritance to AppCompatActivity.
At first I wondered if it was possible that AppCompatActivity had done something in its own super.onCreate. So the

Finally, in the manifests file, we add an attribute to the Activity:

The title bar is not an ordinary title bar. It is called ActionBar. Another solution is to call it after setContentView 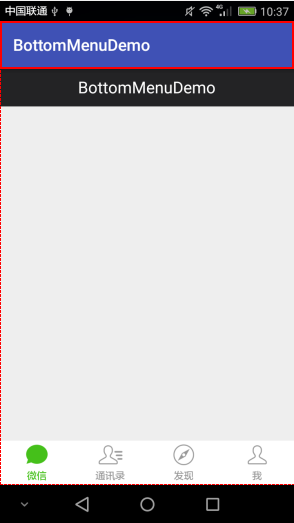 general app has a demand to hide the Android default Title bar, is usually used before setConvertView call requestWindowFeature (Window. FEATURE_NO_TITLE), after can sometimes find call this line of code has no effect, Very depressed.
through observation, before the Activity is to inherit the Activity, so is valid, and I am AppCompatActivity inherited, so can’t hide.
solution:
1. Let xxxActivity inherit the Activity
2. Inherit AppCompatActivity and call it in the onCreate method

And then we’re done.

I used to use Eclipse to write APP, but today I try to use Android Sutido to write APP. I need to hide the title bar in the APP and use a custom title bar. It turns out that using requestWindowFeature(window.feature_no_title) method has no effect, and the title is not hidden

In Android Studio, activities inherit from AppCompatActivity by default, so the requestWindowFeature(window.feature_no_title) method fails.

There are two solutions

> change AppCompatActivity to Activity, then requestWindowFeature(window.feature_no_title); Add the following code to the onCreate() method:

Now you can hide the title bar.

1.2: the manifest. XML is as follows: (note contains android. The intent. The category. The LAUNCHER) 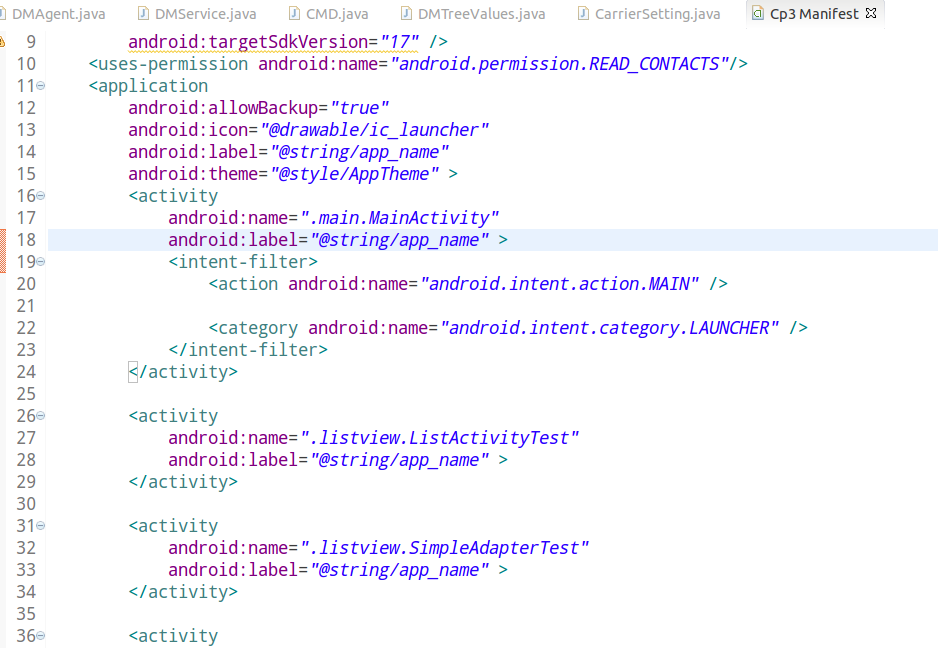 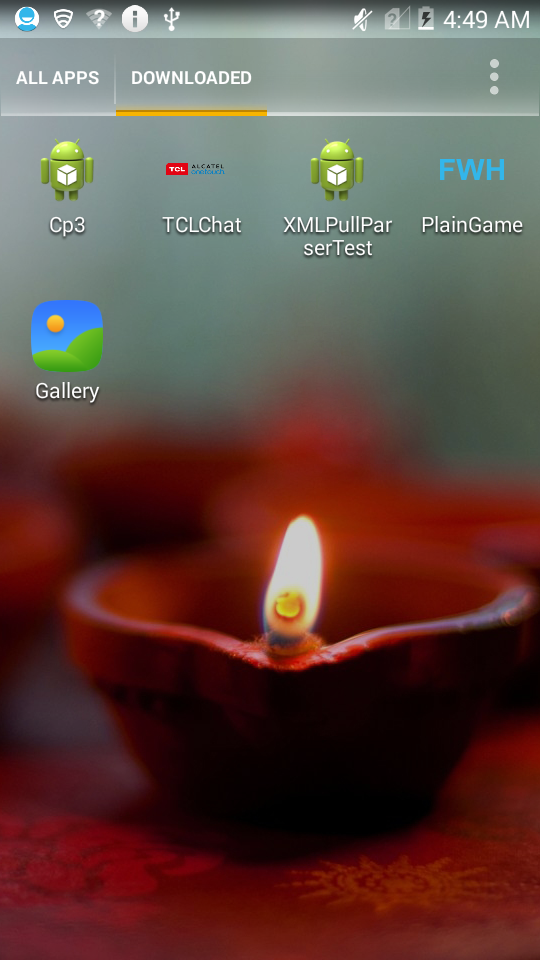 2: we can’t see with android. Intent. The category. The effect of the project after the operation the LAUNCHER
2.1: project name as

2.2: the manifest. XML is as follows: (note that there is no android. The intent. The category. The LAUNCHER) 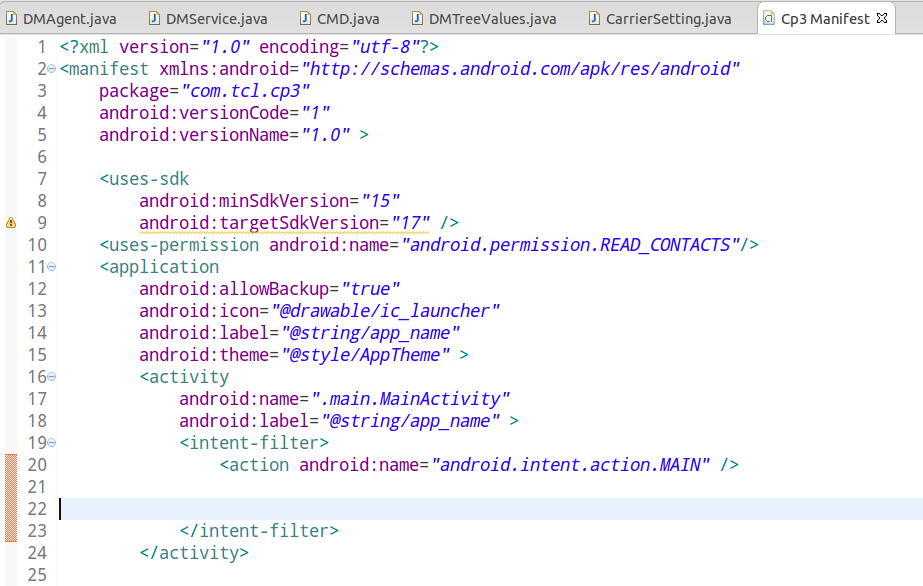 2.3: after the operation, you can see on the screen without any effect
2.4 console display as follows:

indeed installed.
2.5: this time we enter the verify directory:

You can see that it contains com.tcl.cp3-2.apk.
1 and 2 contrast can be found in the android. Intent. The category. The role of the LAUNCHER.