Navicat for MySQL is a graphical tool for MySQL.

This prompt appears because you have previously registered with keygen on your computer and cannot re register
solution:
1 Use Win + R to input regedit instruction to edit the registry 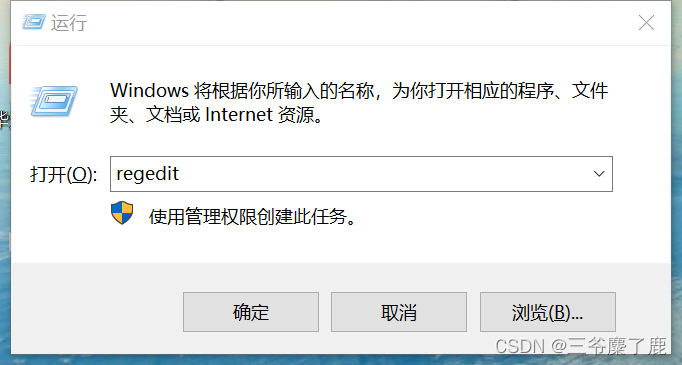 2. Find HKEY in the registry_CURRENT_User\software\premiersoft, and delete the directory
3. Reinstall the graphical tool.

premise: do not open it after successful installation
1. Copy keygen to the installation directory of graphical tools
2. Select MySQL , click patch , and a registered patch will be generated in the installation directory
3. Click generate in the corresponding column of keyword to generate a serial number. At this time, first disable the network or disconnect the network , open the graphical tool, select register , fill in the serial number, click activate, and then select to activate manually
4. At this time, a string of request codes will be generated. Paste them into keyword , and click generate in the corresponding column of activation code to generate the activation code
5. Paste the activation code into the graphical tool, and the registration is successful.

Recently, I was learning that Eureka started the client to report errors, and checked a bunch of fucking answers on the Internet

If you have introduced spring security and set login authentication to be added, the fundamental problem is not here 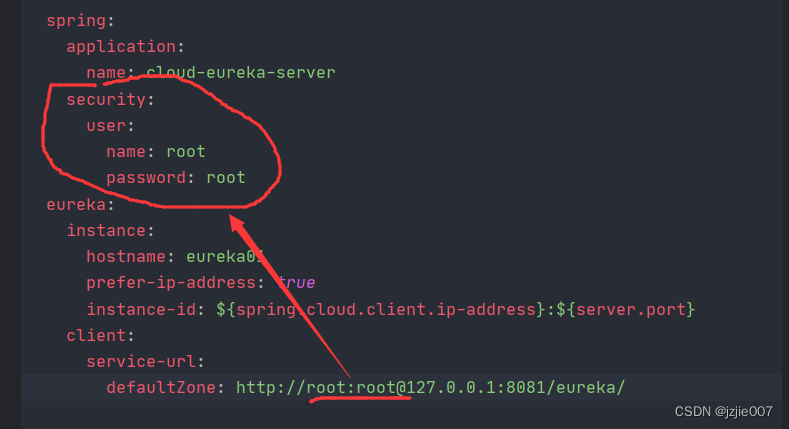 the error message is

Eureka requires that the suffix end of your serviceurl must be Eureka
if you write something else, the above error will appear
what I write is http://localhost:${server.port}/eurekajzj is wrong

The server is consistent with the client http://localhost: ${server. Port}/Eureka will do

Otherwise, the above error will appear

First, start the class eurekaserver
to see the configuration of the server

After modification, all Eureka services and clients are working fine

There is a method in the model as follows:

When the calling method is model -> When adjustbills,

How to Solve kubelet starts error after k8s Cluster is Restarted

After the k8s cluster restarts, kubelet starts to solve the error

3 problem analysis: according to the error report, the reason should be that kubelet’s cgroups are inconsistent with docker

4. Solve the problem and modify the docker configuration

5. Restart docker to solve the problem

In the project created by Vue-cli, after the file is created and named, an error will be reported as “component name” ***** “should always be multi-word”;

The screenshot of error reporting is as follows: 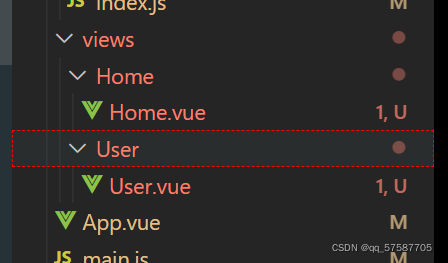 The naming of components is not standardized. According to the official style guide of eslint, in addition to the root component (app.vue), the user-defined group

The part name should be composed of multiple words (using the naming method of big hump or connecting words with “-“) to prevent conflict with HTML tags;

The vue/multi-word-component-names rule has been referenced since vue/cli-plugin-eslint v7.20.0, so this error was determined at compile time.

Rename the name of the file

Modify the component name to multiple words, use hump naming method or connect words with “-“.

So the problem is solved~~~~ 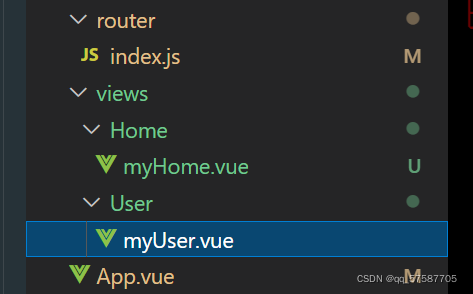 This scheme only does not report errors during compilation. If vscode + eslint is used, a red prompt will be marked in the file header, and the official does not recommend turning off the verification directly;

Configure Vue config. The method of JS file (scheme 2) generally can not solve the problem, so it is not recommended to use it

If you find that you haven’t solved the problem, you might as well try other solutions

Find it eslintrc.js file and adds such a sentence in rules

It is suggested to use this method, which is more correct and reasonable;

It is found that there is no error, and it can run normally ~ ~ ~ 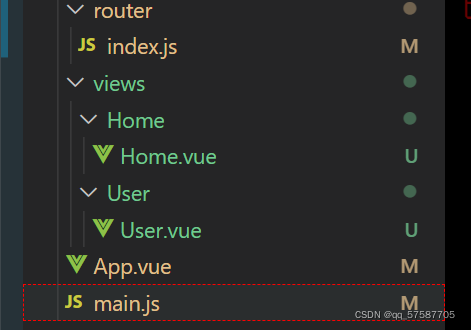 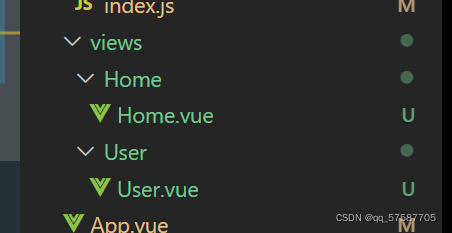 The fourth scheme is the closing rule according to the file.

Found in the root directory eslintrc. JS file, (if not, create a new one (note that there is a point in front of the file))

Add the following code to the overrides of the file:

Where files: [] is used to match files, and the * sign represents all files. index. Vue can also be changed to * Vue, which is all Vue files in the matching directory

Four schemes I suggest using scheme 3 and scheme 4. I don’t recommend using the method of scheme 2, which is common on the Internet. It’s not easy to use!

Very important notes: (the configuration file will take effect only after the project is restarted)

Error message:
when installing virtualenv with PIP3 under Ubuntu 18 system, the following error is reported:

Solution:
set the coding type of the terminal again

Select Project Structure in the file and then select Artifacts, right click on the rightmost project name and select Put into Output Root 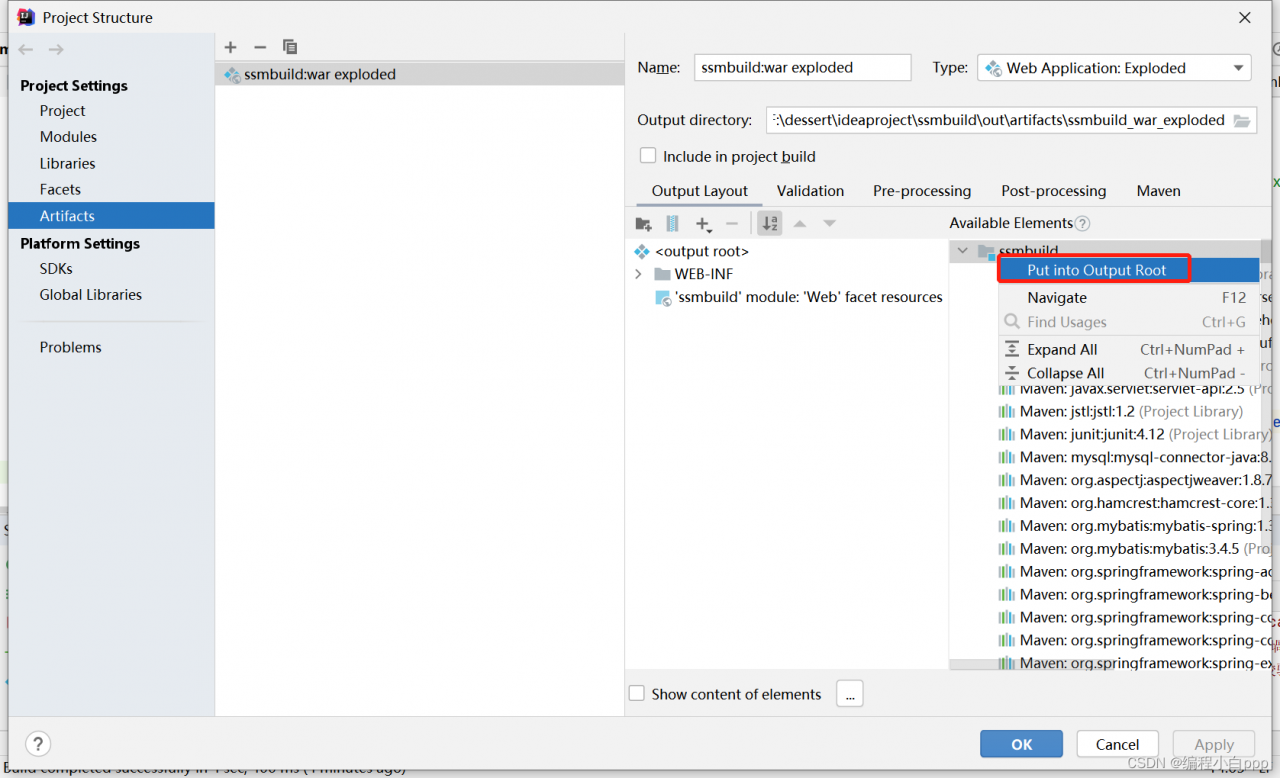 As far as I can observe, the UE is generally loaded to 39%-45% when the compilation of the Shader will be carried out, but due to our sometimes negligent, often write shader with errors, resulting in the UE directly crash without prompting error messages, given that only the ConsoleVariables.ini file needs to be configured.

Removed the “;” in front, This is the difference. In this way, when we write the shader, it will directly tell us what errors are, which will greatly help us eliminate errors, such as undefined variables (written incorrectly due to negligence).

How to Solve Web3 import error

npm：
If you are using npm:

3.Modify package.json
Within package.json change the scripts field for start, build and test. Instead of react-scripts replace it with react-app-rewired
before:
Before:

The above contents are the processing methods on Web3 GIT