UEFI+BMR to UEFI+GPt win10 under the installation of ubuntu16.04 dual system
UEFI+MBR lossless conversion to UEFI+GPt
First when the installation of Win10 non personal operation, resulting in the setting of UEFI+BMR neither fish nor fish. Although in principle it is possible to install UEFI+BMR with Rufus, ocD requires that you change to the most reasonable partitioning method and do not change or take advantage of subsequent installations of Ubuntu.
1.1 View the partitioning method:
1. Open the command prompt CMD (win+r, type CMD)
2. Type diskpart.exe
3. List dis
4. Sel dis 0
5. Detail dis 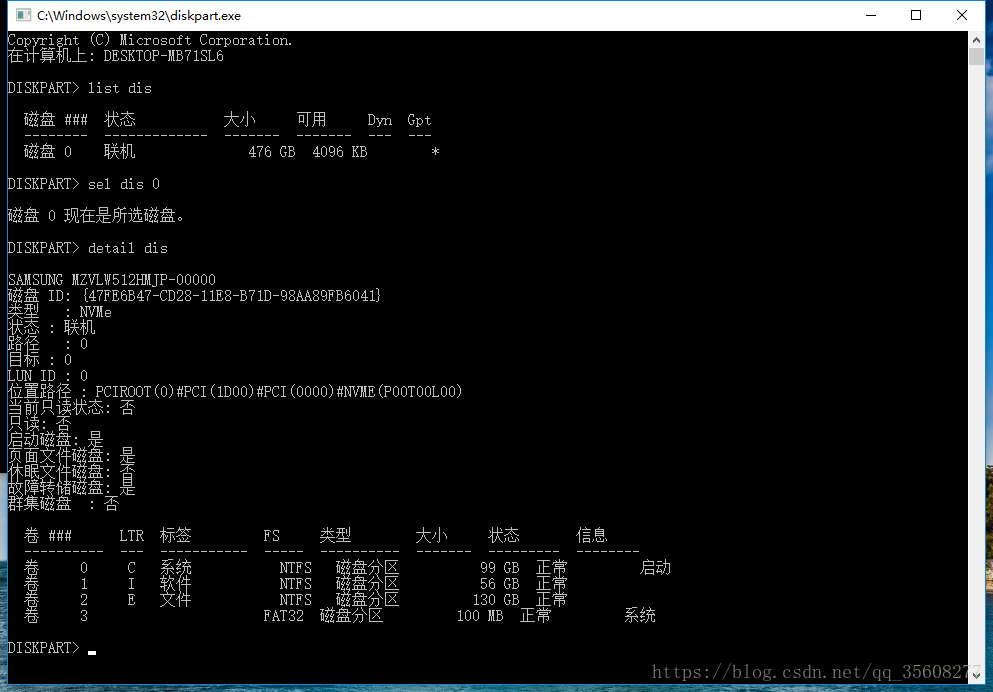 (It is strongly recommended to use Rufus to make ios image. Ultro in floppy disk does not set the partitioning mode, but there are actually differences between traditional legacy (corresponding to easyBCD,), UEFI+MBR, and UEFI+GPI, which will bring unnecessary error report when installing Ubuntu system)
Traditional Legacy USES easyBCD to set up boot and boot, but if it is UEFI, it does not need to download easyBCD, and it cannot be used.
So the first step is to change the hard disk partition mode to GPT
1.2 Partition helper changes disk information
Use Windows 10 with MBR2GPT
There are several prerequisites that may not be met:
is primary except for the system partition. No more than three primary partitions at a time. Otherwise, the error is as follows.
Disk layout validation failed for disk 0
So the premises have to be met. Nondestructive changes to the hard disk partition are required. 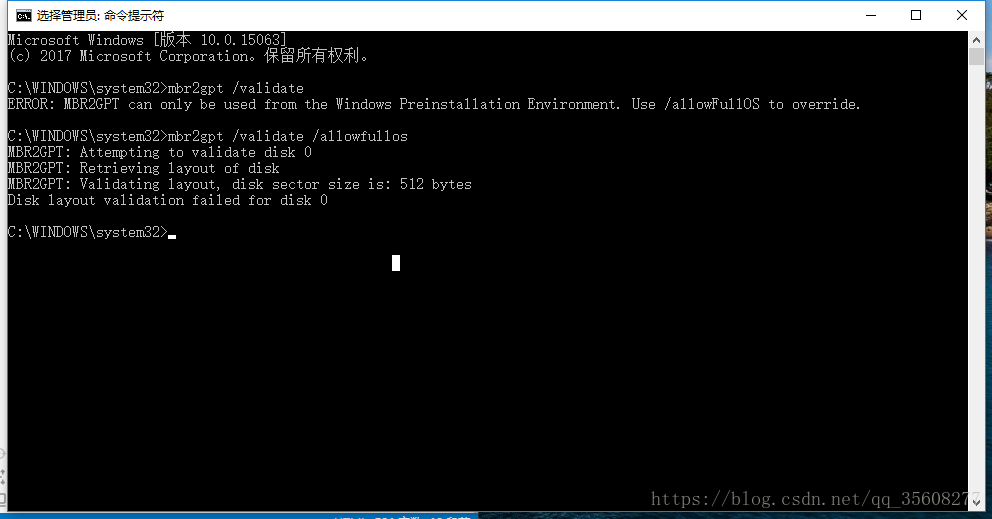 How to do this: Make partition and primary partition changes to the disk yourself using partition Helper 6.3.
partition helper can split the disk and divide the disk space for Ubuntu. But do not split it until you have changed GPT.
if in addition to the system partition, more than 3, need to right merge partition first (later can be divided out again).
if the partition is a logical partition, right-click to convert the primary partition.
Just follow the instructions and go on. (It is better to make a copy of the software and run under C:\Program Files, otherwise the disk will be prompted to be occupied when processing)
Disk management is also possible
1.3 Windows 10 comes with MBR2GPR
After conversion, mBR2GPT should be normal.
step:
open CMD, input:
1.mbr2gpt /validate /allowfullos
2.mbr2gpt /convert /allowfullos
The conversion process automatically creates the EFI partition (100M) required for the UEFI + GPT partition format
Note:
this will encounter a problem:
before the boot menu option still exists, that is, there are two Windows boot manager.
boot will default when the MBR generated boot item, but can not start.
so in the case of single system need to enter uefi BIOS mode manual selection, very troublesome problem.
But when Ubuntu is installed and booted, there is no such problem.