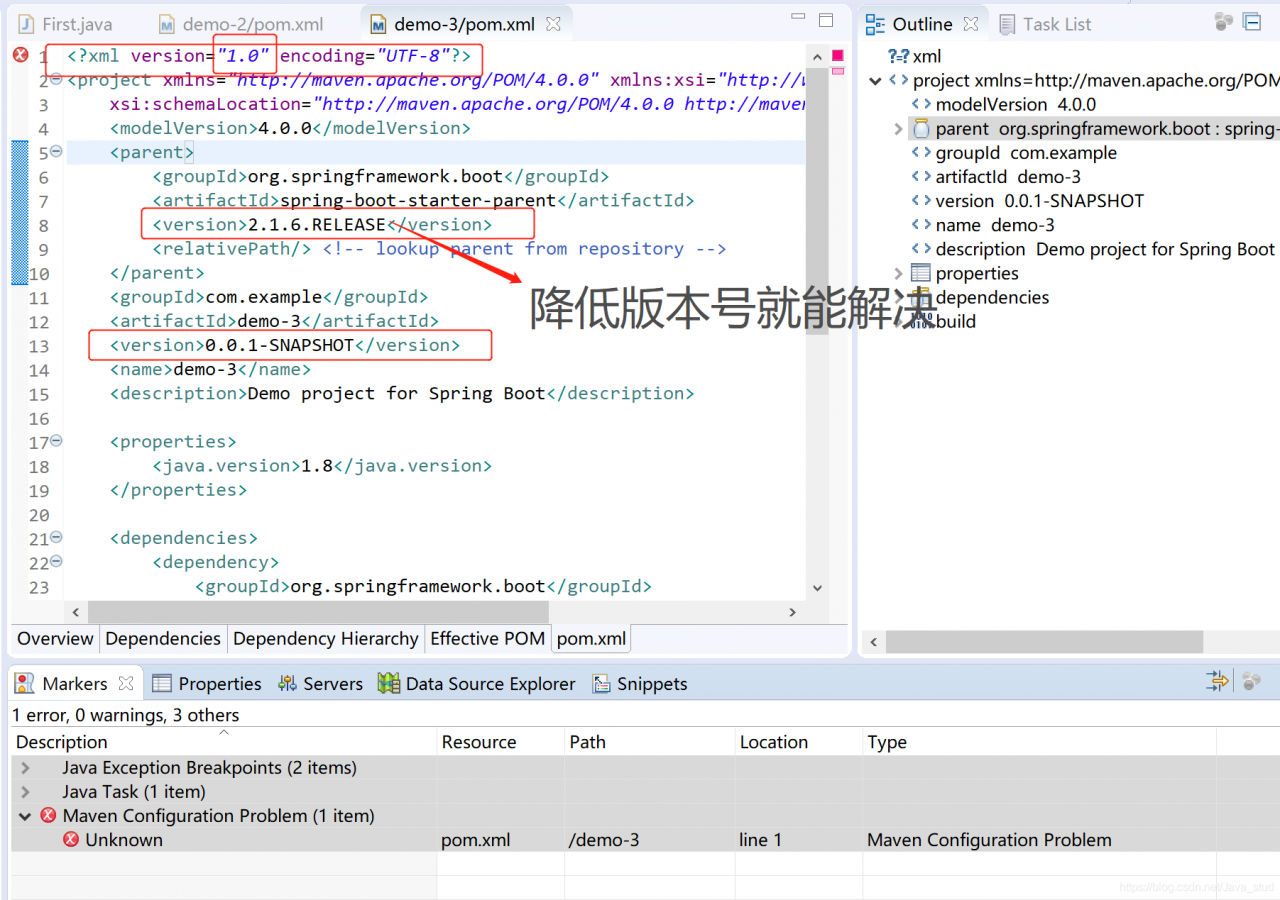 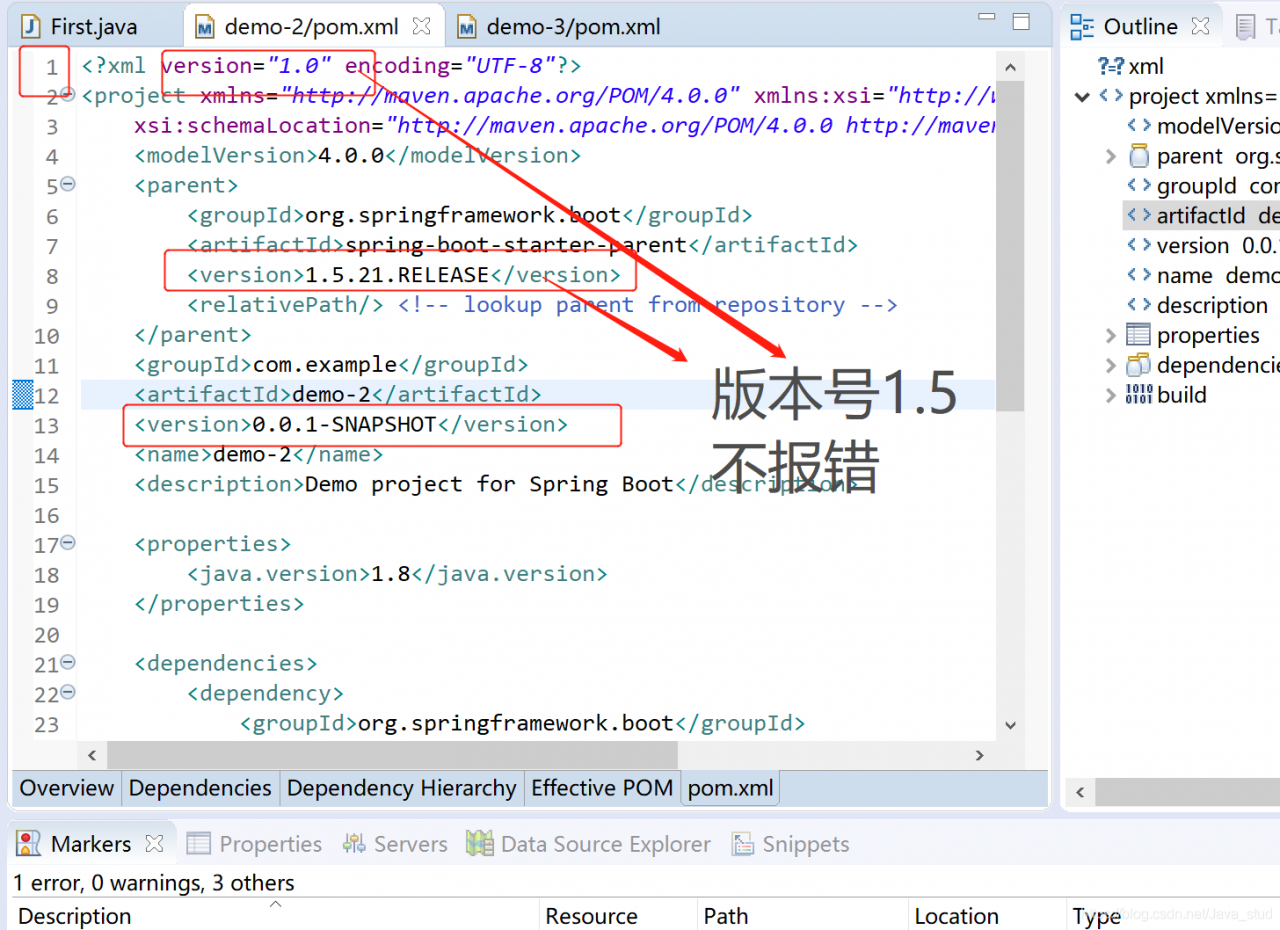 Will & lt; parent> Version of the change to 1.0 version, will not report wrong.
thinking
According to Baidu, many users say that the version of Maven package is too low, and the version of spring tool suit is too high.
However, my Spring Tool Suit version 4.0, the Maven package version 3.6, and the JDK version 1.8 should match each other, but it still doesn’t work.
Inadvertently, such as screenshot modification, did not report an error, the reason is unknown, who can tell me, solve.
The answer