Error message: when Jenkins slave, the provided port 50000 is not reachable exception is reported, which leads to the serious problem that slave cannot be mounted

Step 1: modify the configuration in Jenkins, and specify that the port to boot from the node is 8081

It is also important to note that when CMD starts slave, it is necessary to enter CMD from the specified jar path, and then execute the startup command 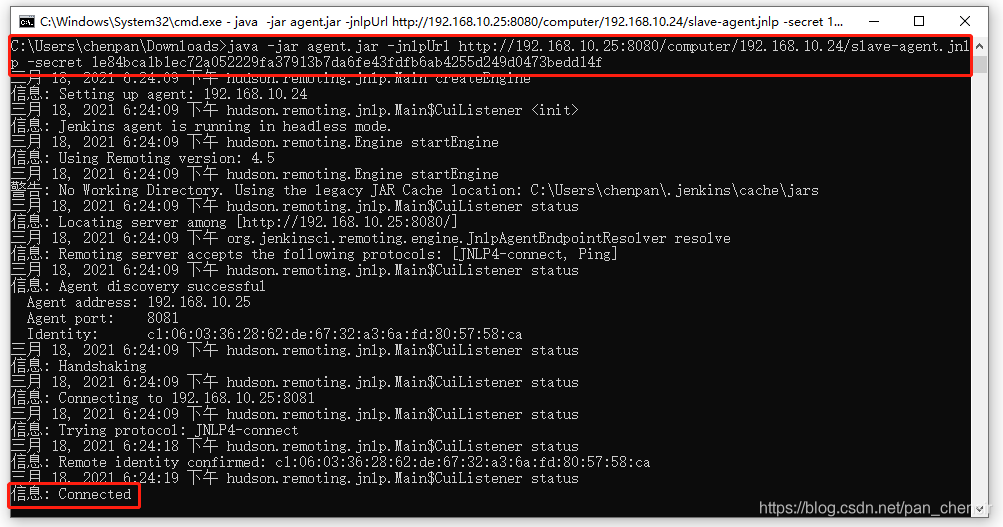 This is a serious error in system integration, which will probably be encountered later. It took a long time to solve this problem. It can be recorded for subsequent reference