Most of the source network, I summarize, mainly in the interview garbage collection related to high frequency questions and answers 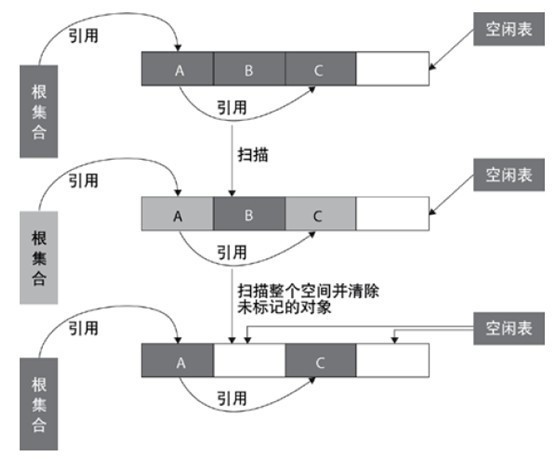 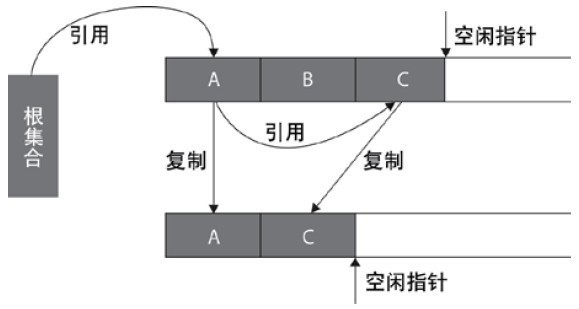 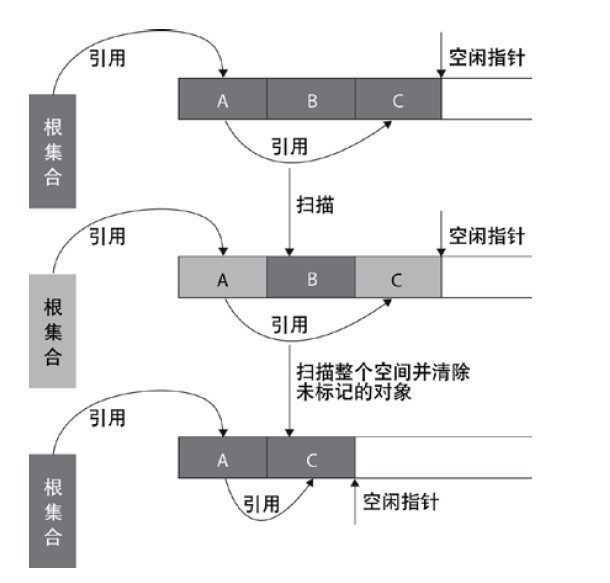 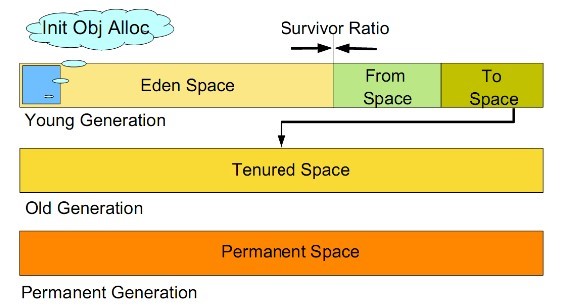 a) All newly generated objects are first placed in the younger generation. The goal of the young generation is to collect the objects with short life cycle as quickly as possible.

a) Objects that survive n garbage collections in the younger generation will be put into the older generation. Therefore, it can be considered that the objects stored in the old generation are all objects with long life cycle.

(Replication Algorithm)
the new generation of single threaded collector, marking and cleaning are single threaded, and its advantage is simple and efficient. It is the default GC mode of client level, which can be specified by - XX: + useserialgc .

(stop copy algorithm)
the new generation collector can be considered as the multithreaded version of serial collector, which has better performance than serial in multi-core CPU environment.

(stop copy algorithm)
parallel collector pursues high throughput and efficient utilization of CPU. Throughput is generally 99%, throughput = user thread time/(user thread time + GC thread time). It is suitable for background applications and other scenes with low interaction requirements. It is the default GC mode of server level, which can be specified by - XX: + useparallelgc , and the number of threads can be specified by - XX: parallelgcthreads = 4 . Concurrency: the garbage collection thread operates with the user thread

Parnew/serial old: compared with the above, it’s just more multithreaded garbage collection than the younger generation

G1: the most advanced collector, but need jdk1.7update14 or above

Both serial and serial old suspend all user threads (STW)

STW (stop the world): when compiling code, inject safepoint into each method (the point at which the loop ends and the method execution ends). When pausing the application, you need to wait for all user threads to enter safepoint, then pause all threads, and then garbage collection.

-20: Useserialgc: forces the use of this GC combination

Throughput: CPU running code time/(CPU running code time + GC time) CMS mainly focuses on the reduction of STW (the shorter the time, the better the user experience, so it is mainly used to handle a lot of interactive tasks). Parallel scavenge/parallel old mainly focuses on throughput (the larger the throughput, the higher the CPU utilization, So it is mainly used to deal with a lot of CPU computing tasks and less user interaction tasks.)

-20: + useparalleloldgc: use this GC combination

-20: + useadaptive sizepolicy: turn on this parameter, – XMN/- XX: survivorratio/- XX: preemptsizethhreshold these parameters will not work. The virtual opportunity will automatically collect monitoring information and dynamically adjust these parameters to provide the most appropriate pause time or maximum throughput (GC adaptive adjustment strategy). What we need to set is – Xmx, -20: + useparalleloldgc or – XX: gctimeratio (of course, – XMS is also specified to be the same as – Xmx)

If – XX: + useadaptive sizepolicy, – XMN/- XX: survivorratio/- XX: preteuresizethreshold is not enabled, these parameters can still be configured. Take the rest server as an example

In the case of many CPU computing tasks and few user interaction tasks, I don’t want to pay more attention to GC parameters, and I want to let the virtual machine do its own tuning work

When did GC trigger (one of the most common interview questions)

because the objects are processed by generations, the garbage collection area and time are also different. There are two types of GC: scavenge GC and full GC.

in general, when a new object is generated and Eden fails to apply for space (if it is larger than the maximum space, start the guarantee mechanism. You can learn about the guarantee mechanism), scavenge GC will be triggered to GC the Eden area, clear the non living objects, and move the surviving objects to the survivor area. And then sort out the two areas of survivor. This way GC is for the younger generation