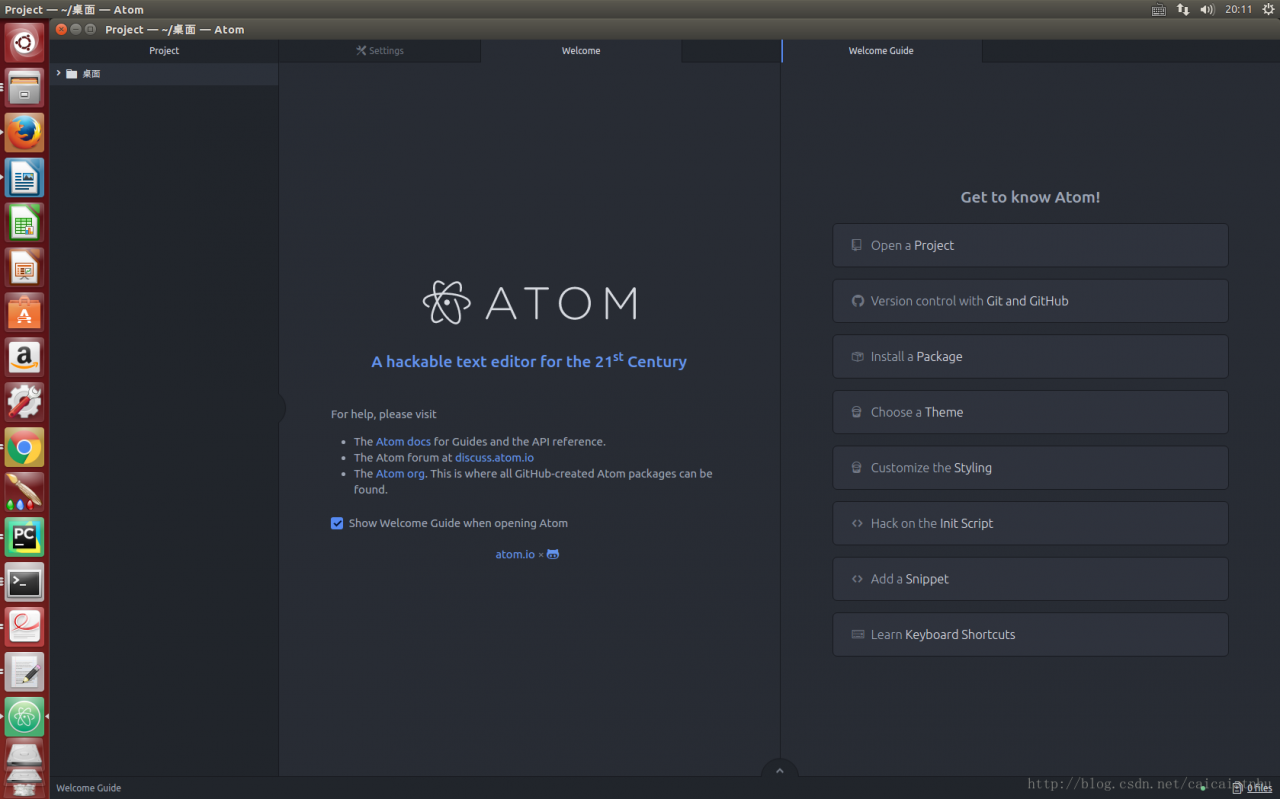 In the welcome Guide there is “Install a Package”, click on “Open Installer” as shown below: 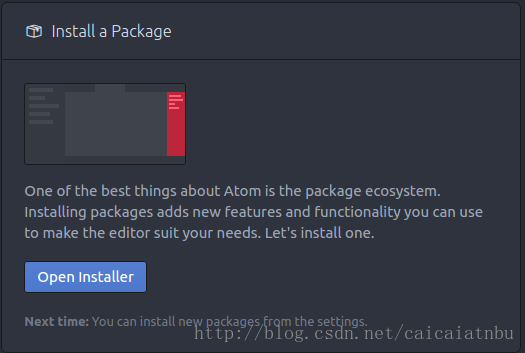 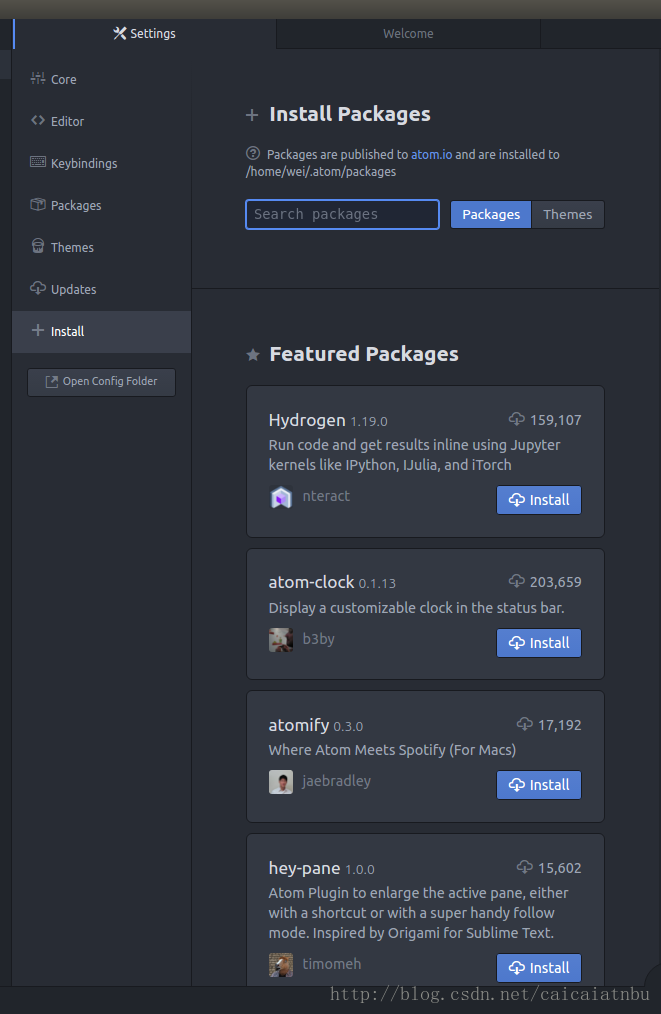 As shown in the figure below: to Install linter-gcc, click “Install”. Linter is the same as GCC-make run 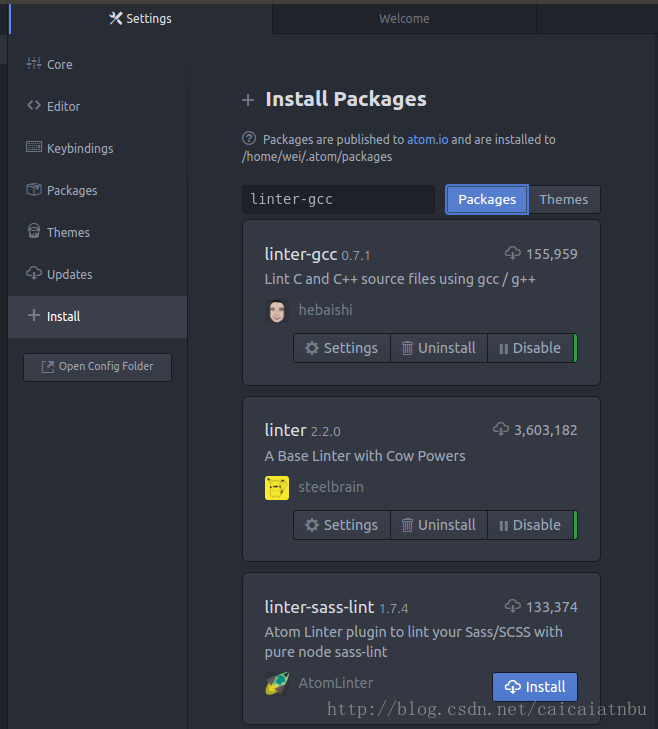 Refer to the figure above and click “Setting” under linter-gcc: make sure the path /usr/bin/g++ 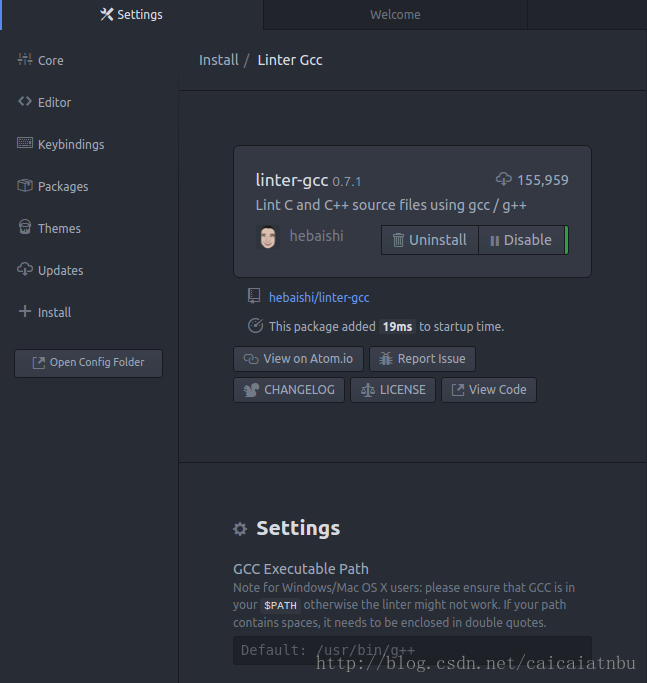 Scroll down and check “Lint on-the-fly”. If not checked, code will only be compiled if the file is saved, as shown below: 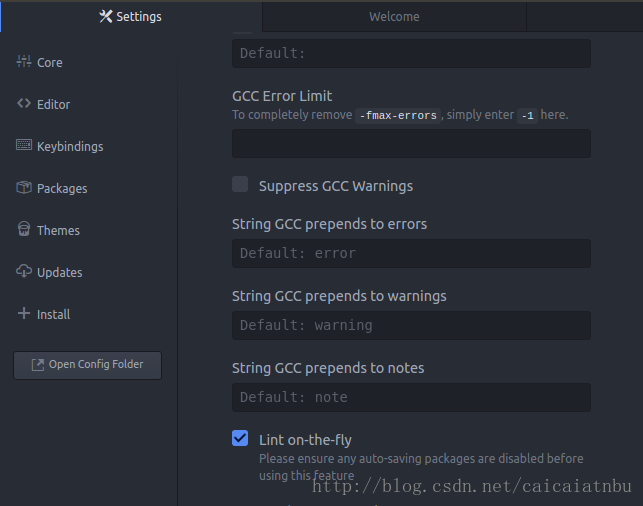 The effect of the check is as follows:

After installation, press “F6” to compile and run the program. Write a small program to test as follows. 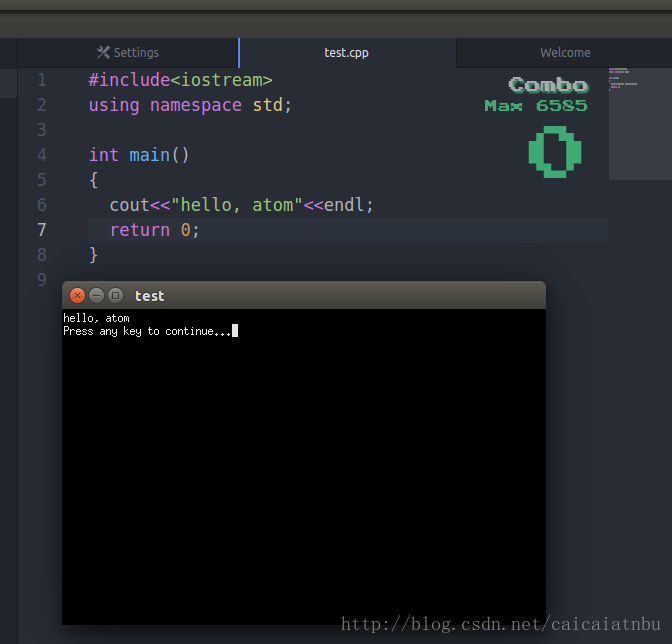 Two plug-ins are recommended to be installed in the same way as the previous plug-ins:

A similar thumbnail to sublime Text, shown in the upper right corner of the applet test.

Python and other development environments can also be configured under Atom, and you can be interested in baidu below.