In order to complete the emotional dialogue project arranged by my tutor, I found a model from GitHub, and then configured the environment python2.7 + tensorflow1.13.1 on the server according to readme. At the beginning of training, I found that the training speed was very slow. After checking, I found that I didn’t use the GPU version of tensorflow, so I changed it to tensorflow-gpu1.13.1. 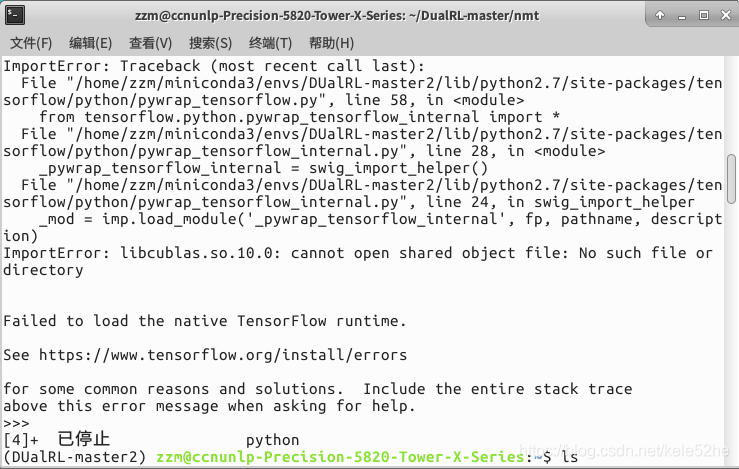 After the source is completed, a strange problem appears. I output Python 3.8.5 with Python command in CONDA environment, and the python version of the environment shown in CONDA list is 2.7, as shown in the figure below. Clearly is the environment of Python 2.7, why use the python command to prompt that the current version is Python 3.8.5?I try to import tensorflow. It also prompts no module named tensorflow, which means that although it shows that I am in the dual RL master environment, I am in another environment? 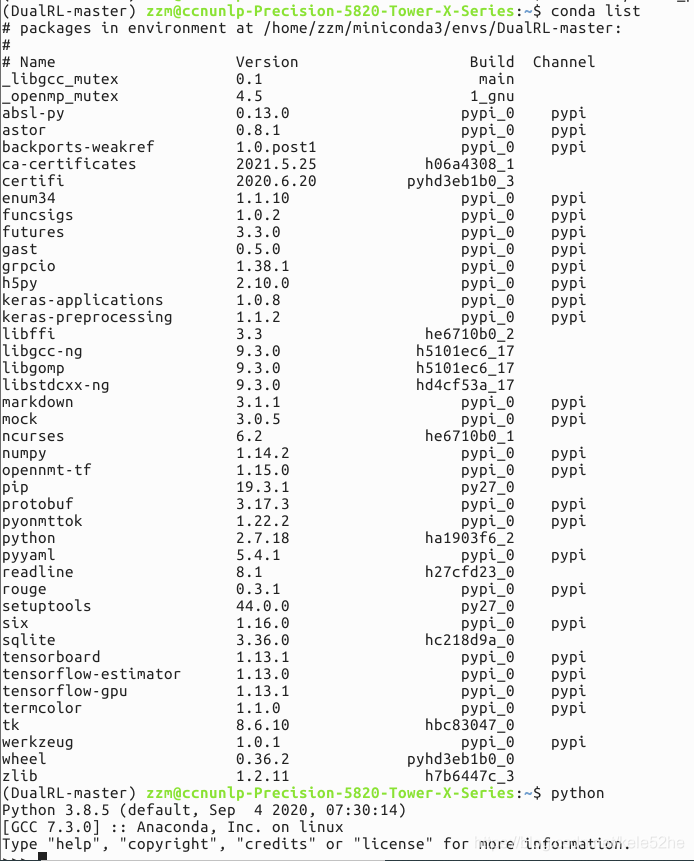 I tested again. First add a python version to the environment variable by using export, and then use CONDA activate to activate another version of Python. Using Python on the command line, you will find that the output is the later version of Python. Therefore, you can conclude that the one added after the same variable name in the environment variable will override the existing one.

Although it’s not a big problem, sometimes it’s this kind of energy-saving twig that keeps you from finding mistakes.