Click on the picture, enter the coupon code “CODEBOOK” to place an order, and you can immediately discount 40 yuan 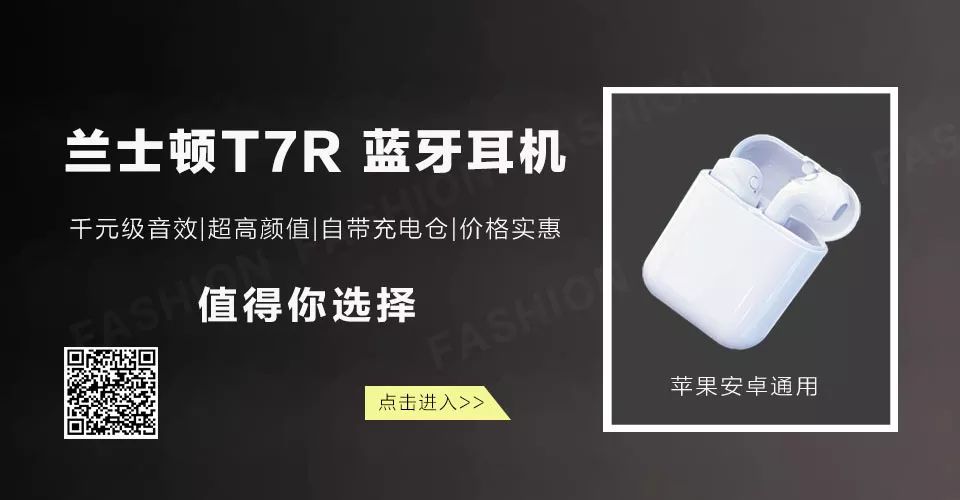 This article is reprinted with authorization from Grass Eaters (ID: kidd_wyl).

Since 2011, I have been doing technical training and consulting work for some enterprises in my spare time, including some training institutions.
As for knowledge output, there is a big difference between enterprise and training institutions.
Say, first in my contact with most of the scene, some companies spend money for You to come over, look from the surface because of technology to promote encountered resistance, but are in fact and the inappropriate, “organization shape/structure is not reasonable, and my role as the core, is based on previous experience to put the facts of the reasonable, and conform to the objective environment adjustment scheme is given, or to replace the boss directly say that” You are fired!”
And training institutions, the vast majority are lured by interests, regardless of all massive investment in advertising, to fool students not hesitate to make a variety of commitments. The vast majority of the institutions I have contacted recruit students under the banner of “looking for a job.”
As a result, as instructors, in addition to teaching them skills, are more or less forced to add interview techniques and DOS and don ‘ts to the curriculum.
For example, I often remind them that even though the decision on employment is made by the technical leadership, the professionalism of HR is also a prerequisite for the leadership’s decision on employment. In many companies, HR even has the right to veto. Not only are their personalities less straightforward than those of straight techies, but many of their behaviors are considered weird by straight techies.
In one of my courses, I’ve mentioned three weird examples from the tech world.

A culture of bureaucracy and corruption

Ten years ago, a programmer went to a foreign company for an interview. After filling in the basic information, HR first brought four or five pages of psychological test questions to answer. There were multiple choice questions, fill-in-the-blank questions, and drawing questions.
The candidate asks, I am here to apply for the technical position, what is the purpose of doing these questions?According to these answers, we will grade the candidates and then decide whether the candidates’ psychological endurance meets the requirements of the company.
All right, patiently finish these questions, HR looked at it and nodded: “It seems that your mental endurance is quite good, let me briefly introduce some administrative regulations of our company.”
Rule 1: if the general manager comes to work, all employees should stand up to speak to show respect. If the leader’s QQ question, you must immediately reply, otherwise deduct money.
Rule two: before work, must ask the company leadership, whether there are other arrangements, nothing can go away.
Rule three: if the general manager is not off duty, everyone has no right to leave, otherwise immediately fired.
At that time, is in the financial crisis period, the job is not easy to find, this young man patient work for a month, really can not bear such a love of leadership and very strange management style, can only take the initiative to resign.
On the day of his resignation, his immediate leader called him to the office and said that the reason for leaving should be “personal reasons” instead of anything else. He was quite funny and wrote a sentence: “I can’t adapt to the bizarre company regulations, so I have to find a better job”.

It’s not an interview, it’s an empty hand.

An architect went to interview with a startup team, and the conversation began to go well with each other. Both sides said they had a high degree of commitment.
Finally, the interviewer took out a piece of A4 paper and said, “In order to test your ability to control the overall project and also to give you a chance to show your depth of internal expertise, please come up with a solution based on your previous experience according to the requirements on the paper within one week, and if you have a basic problem, you can be hired.”
After listening to this sentence, the first reaction in my mind is “empty handed white Wolf”, how to understand?
First, at the company’s current size, there was no need for such a complex solution, and second, the solution closely resembled one of the future plans the interviewer described. Therefore, it is likely that because the team cost is limited, we can not hire a special person to do it, and others are not professional, so we have to ask the person to come to the interview to write the plan under the banner of recruitment, and then tell the plan is not feasible and can not be hired.
In fact, the plan had already been stolen and modified to become the team’s own work.
In addition, I have also heard of many companies using headhunters to spy on their competitors in the name of recruitment. 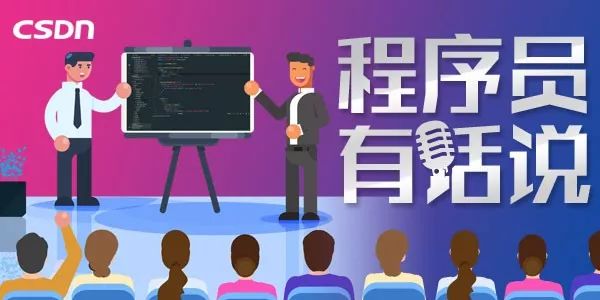 You’re dressed too formally. It doesn’t suit us

It was an experience that happened to me and I remember it very well because it was so weird.
2005, at that time I do JAVA development in the east shopping, because some time happened with the leadership a few unpleasant, in a rage cast a few resumes, the plan to walk it, Lao Tze do not wait on.
A few days after sending out my resume, I got called for an interview with a software company in India, so I dressed up and went.
The interviewer first asked me to draw the execution process of some existing businesses and explain it in combination with the technical implementation. I was then asked about the use of Oracle databases to address performance concurrency in the project, and was asked to name one of my favorite optimizations, followed by questions about transactions, indexing, and high availability.
Finally, the interviewer asked questions about concurrent flow limiting, the JVM model, the JMM model, the garbage collection mechanism, the garbage collector, etc. It also includes some design patterns used, which design patterns are used in the project and so on.
Objectively speaking, my basic knowledge is quite solid, and I have a thorough study of Oracle database. Except for some business details, I can answer all the basic questions smoothly.
As the morning passed, it was clear that the technical interviewer was quite satisfied with me.
I was also very happy, the thought of being able to leave those idiots immediately, in the heart of the happy, so I went to Hong Kong Square for lunch to eat a good meal.
In the afternoon, I returned to the interview site and continued to chat with HR. HR began to ask some questions about “reasons for leaving, company situation, team size, whether I had led a team” and so on. Finally, after negotiating salary, benefits and reporting hours, I was sent home.
Said to give me feedback within a week, I did not ask much, directly went home.
After a week of waiting, no response, and then a week of waiting, no response, I was a little bit hairy. To be honest, I liked both the environment of the company and the technical environment described by the interviewer. Besides, I think the Offer is in the bag.
So the technologically straight nature starts to take over, picking up the phone and asking.
After several twists and turns, I finally got in touch with the HR person who interviewed me that day. I got straight to the point: “Two weeks have passed, why haven’t I received the Offer from your company?Is there any problem?”
“I’m sorry, Mr. Wang, but you were not accepted by our company.”
I don’t understand, busy ask: “ah?It can’t be. Why?”
“Although your abilities and experience are highly regarded by us, your formal dress on the day of the interview was spotted by our boss in India, who felt that you were too formal for a technical person and did not suit our philosophy of seeking technological innovation, so… I’m sorry.”
Nima, what kind of excuse is that?I’ve heard of techies being rejected for being sloppy or casual, and it’s the first time I’ve heard of “being turned down for being too formal”.
Well, there is no excuse for beating a stick in the mouth. I have heard that Indian Asan has bad brains and this time it seems to be proved. To tell the truth, although the IT industry talent demand is large, the employment scope is relatively wide, but in the technical interview, in addition to the technical ability, there are still many problems, if not careful, IT is easy to inexplicable trample.

Finally, let me say a few things that technical people should not do in an interview:
Pay attention to dress appropriately, clean (remember to wash hair), generally OK, don’t wear a suit and tie very formal. No matter in the morning or afternoon, remember to eat breakfast before you go, so as not to starve the brain hypoxia, slow reaction. If you encounter malicious difficulties or “an empty hand for a white Wolf”, don’t fight each other, don’t resist, just stand up and leave when you face the stupid force with a pure smile. Whether it’s technology or the Internet, trust and mutual reliance are the key, and the main theme is sharing and win-win. To hell with the bureaucracy. Don’t care too much about the size of the business, also don’t care too much about the development of the industry, “do the right company, as the right boss” is more important than anything.

Well, I hope you will keep the above stories in mind in future interviews, stay away from strange things and cherish your career prospects.

Life is short. It’s Python or Java. Which one do you choose?
https://edu.csdn.net/topic/python115?utm_source=cxrs_bw 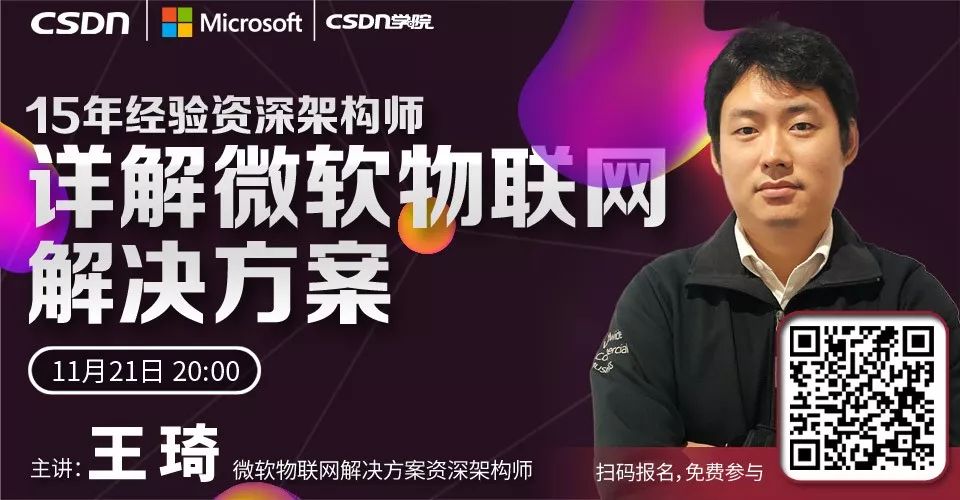