If pip is not installed, the official download address of PIP is:
0 https://pypi.org/project/pip/

Installation:
Step 1: decompress
Step 2: open the console at the decompressed position
Step 3: use the command Python setup.py install
Step 4: check whether the PIP is installed again, if not, restart the computer

2、 The missing environment variable
may be that the option of add path was not checked when installing python, and the path of Python and pip.exe needs to be added to the environment variable manually
e.g:
C:\Users\Example\AppData\Local\Programs\Python\Python39-32;

and
C: users, example, appdata, local programs, python, python39-32, scripts Python comes with PIP, but when it is used to install packages, it will still report “no mouse named ‘pip'”<
use the command:
Python - M ensurepip 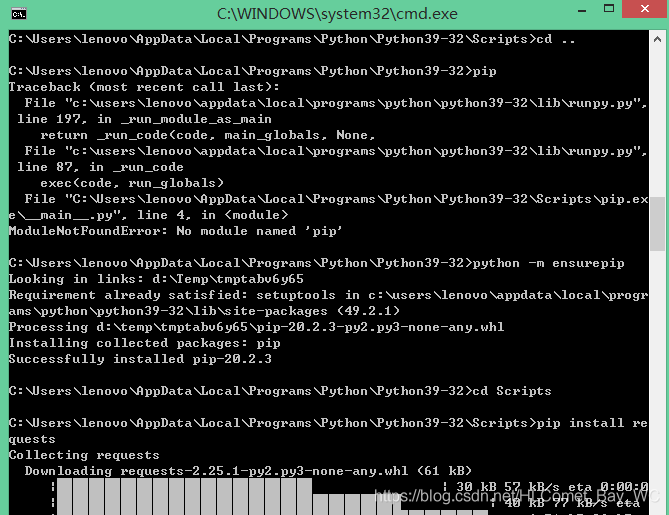 after the installation, PIP can be used normally.