1, as shown in the figure below, the Cannot run program “make”: Launching failed when setting up eclipse px4 compilation environment under Windows:

2. The python import error:No moudle named ’em’ will occur when executing the compile command again after adding the environment variable. The python package needs to be installed. Following the error prompt, the problem can be solved by recompiling the corresponding package after installing it by easy_install EMPy Catkin_pkg in the Windows command window. 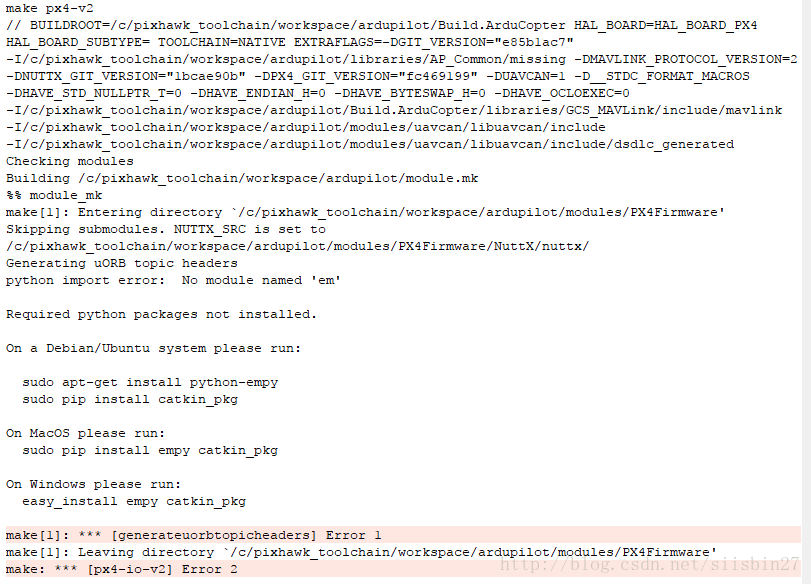