numpy can add one dimension to the original array

depending on where it is placed

as you can see from the above code,

and when you put newaxis in the end, the shape of the new array that you output is 5 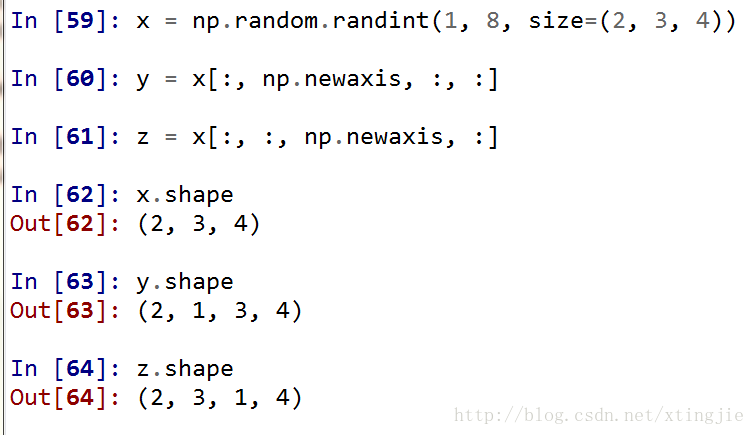 is often a problem where you need to take a portion of the data out of the array, that is, take a “slice” or a “strip”

, for example, you need to extract a column

from a two-dimensional array

when you take out the dimension becomes one

if we want to reduce it to two dimensions, we need the above method