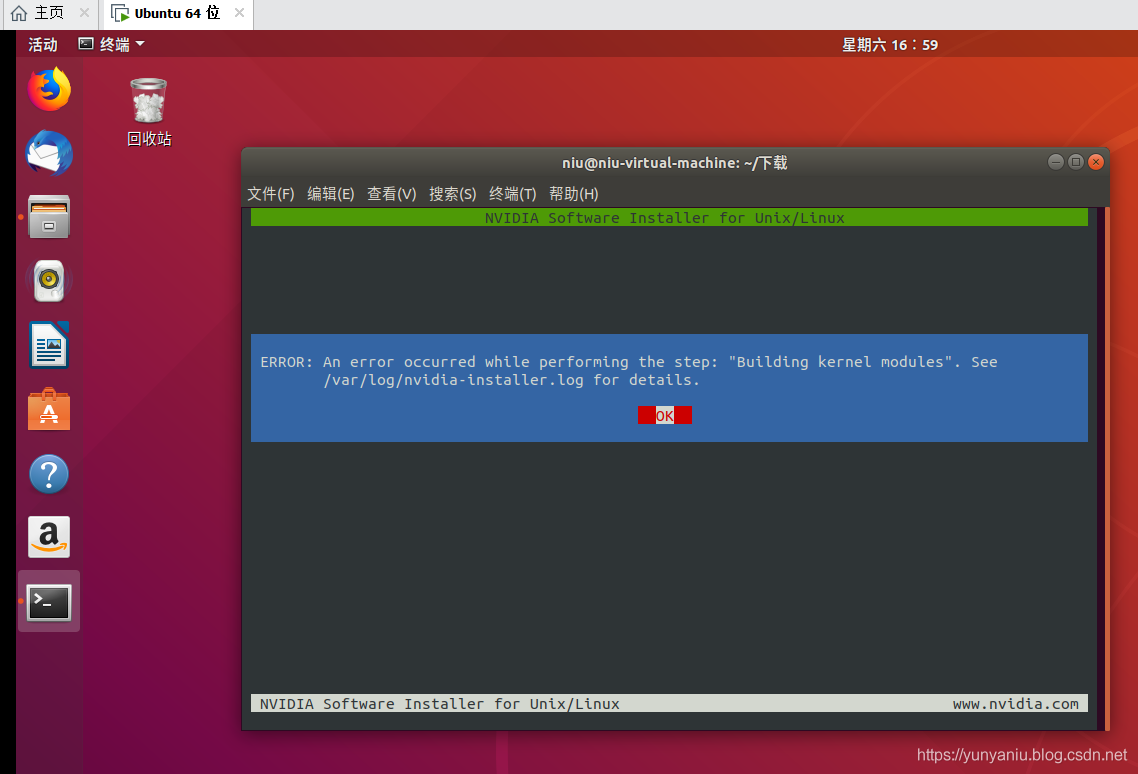 The solution
First check the error log, the solution is really forgotten, really sorry……
PS: friends, really sorry, in the past for a long time, the specific solution to forget, I hope that friends, brainstorm, together to solve this problem, there is a better more detailed way, leave a message we discuss together! Thank you very much!

update
First of all, thank you for your recommendation!

Understand bugs: Nvidia drivers are “fragile.” Because of the execution of the apt-get Upgrade command, the kernel from 4.10 to 4.13, install the Nvidia driver will report an error, so put the kernel version back to 4.10 version, install again!