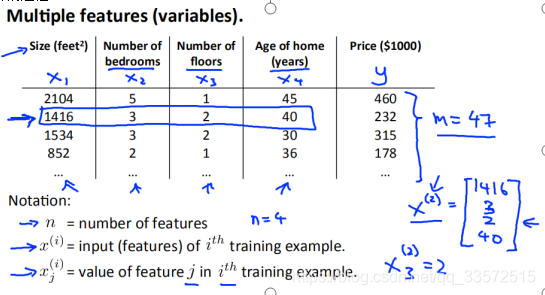 The output feature of

The total number of samples

and we’re assuming that the fitting function is 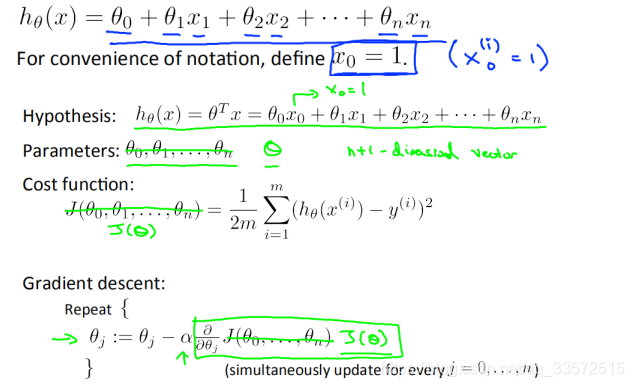 , then we want to minimize the cost function, the solution of the parameter is shown in the figure 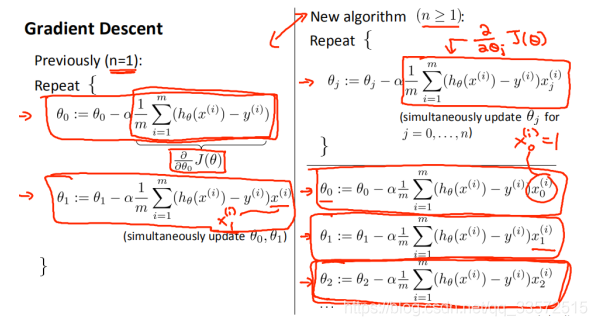 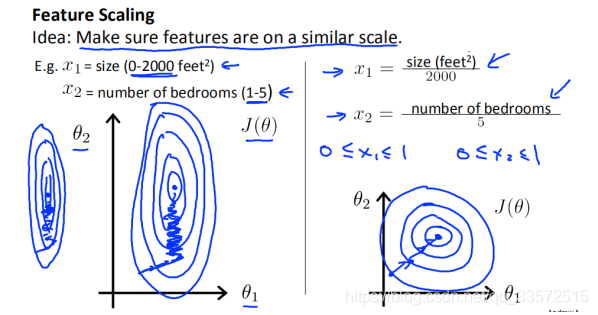 so we need to scale the feature

, of course, as shown in the figure, if the parameters are not far apart, such as between [-3, 3], there is no need to scale the feature

in the previous section, we talked about the effect of a on regression in the case of gradient descent, and then we specifically discuss the value of a 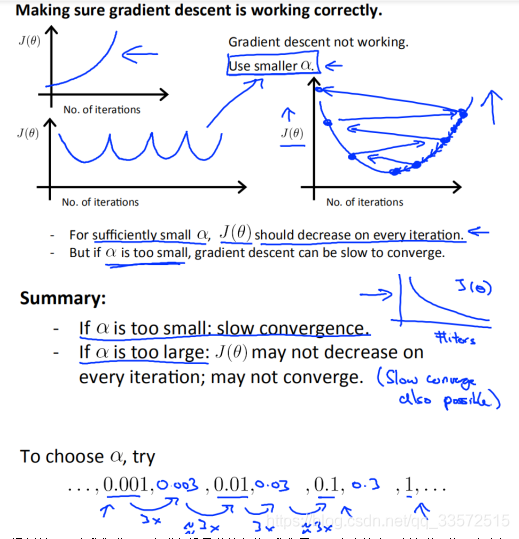 through the previous observation, we found that in order to find the parameters of the hypothesis function, we need to update the parameters step by step, and then introduce another solution method (through mathematical reasoning method: normal equation, one step in place to find the optimal parameter)

let’s look at this formula, X is a row vector, (XTX) is an n by n matrix, and solving its inverse requires order n3 complexity, so we don’t use this method when we have more features. 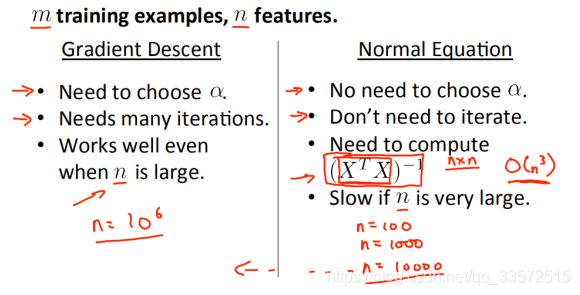