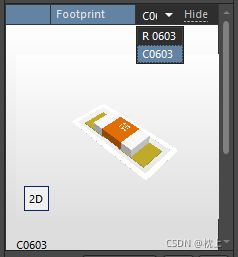 I use the footpin not found here because the imported encapsulation is wrong. Another is that its pin number is reversed.