By default, the scene comes with a camera to render all objects in the scene. The camera node can be regarded as an empty node, and a camera component is attached under it, so it is invisible. Each scene can have multiple cameras. The rendering levels of multiple cameras are grouped and rendered by associating group names. The rendering levels of multiple cameras comply with the node tree rules. First, the priority is divided according to the level of the camera node, and the lower camera, Its associated group is rendered later; For nodes under the same camera group, the lower the node, the later the rendering. The more you render, the closer the node looks to the top.

Add multiple cameras in the scene, then add multiple groups in group management, and then set the settings of the camera   cullingMask   Attribute is the corresponding group. Each camera rendered object is filtered through this cullingmask.

The steps are as follows:

1. Create a camera node. Create an empty node in the hierarchy manager and add a camera component on this node, so that a camera node can be created. According to this method, two camera nodes, farcamera and nearcamera, are added to render the foreground and close-up respectively. 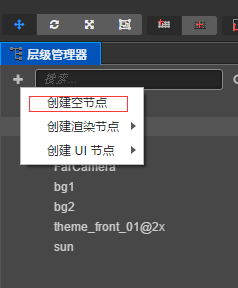 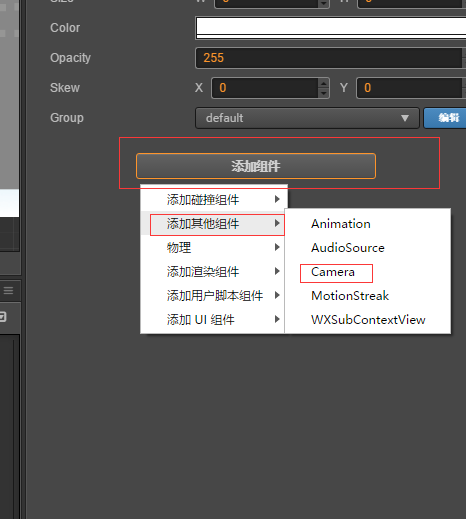 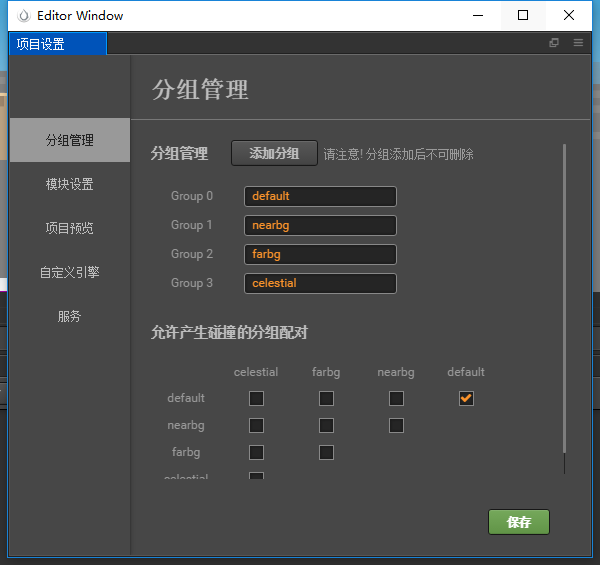 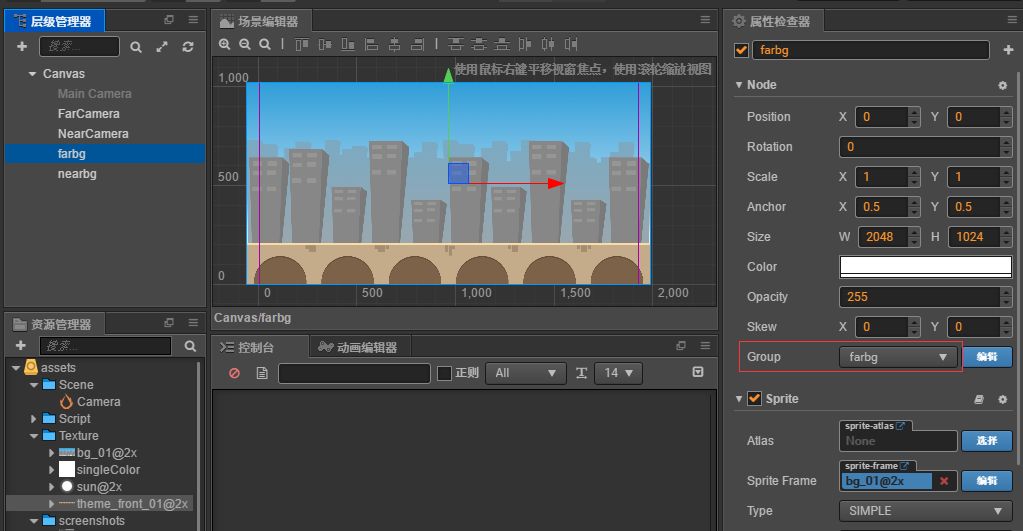 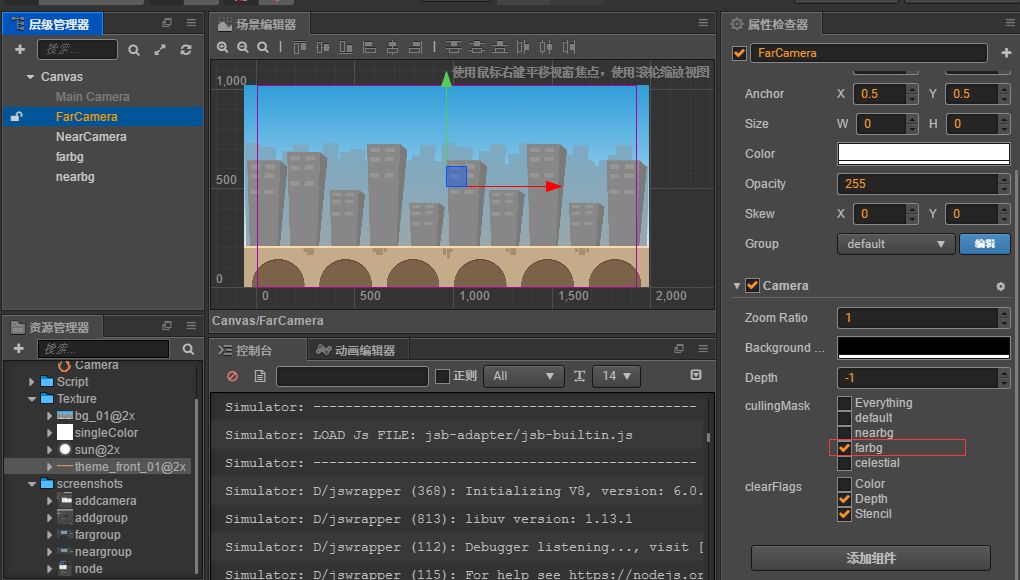 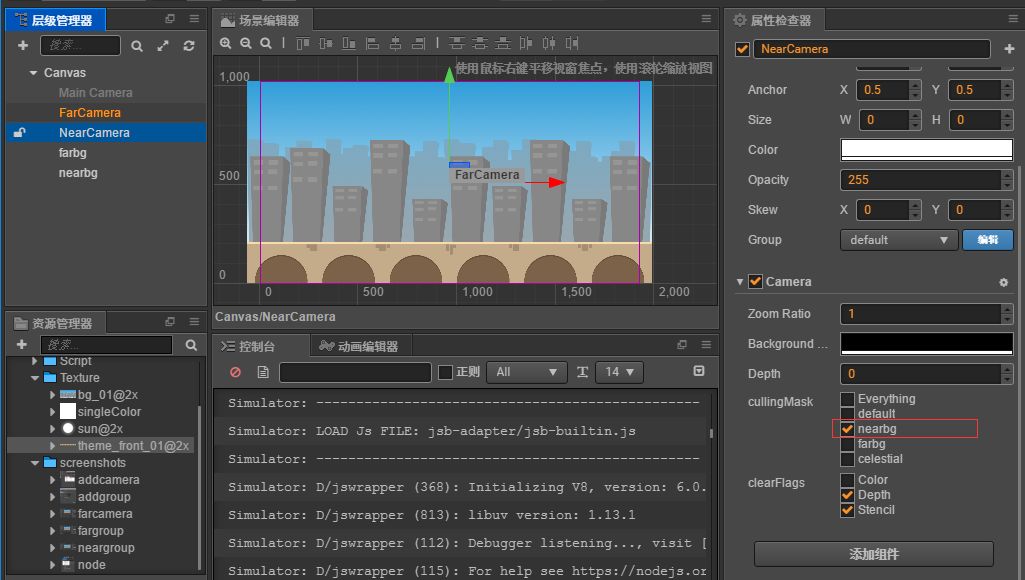 Here, the multi camera and group rendering settings are completed, and the interface can be seen by running the simulator. 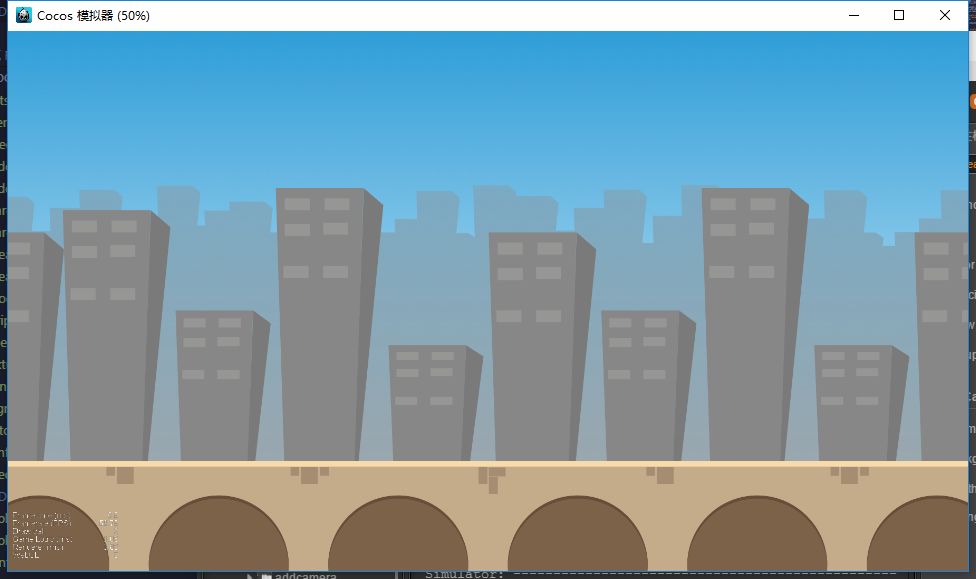 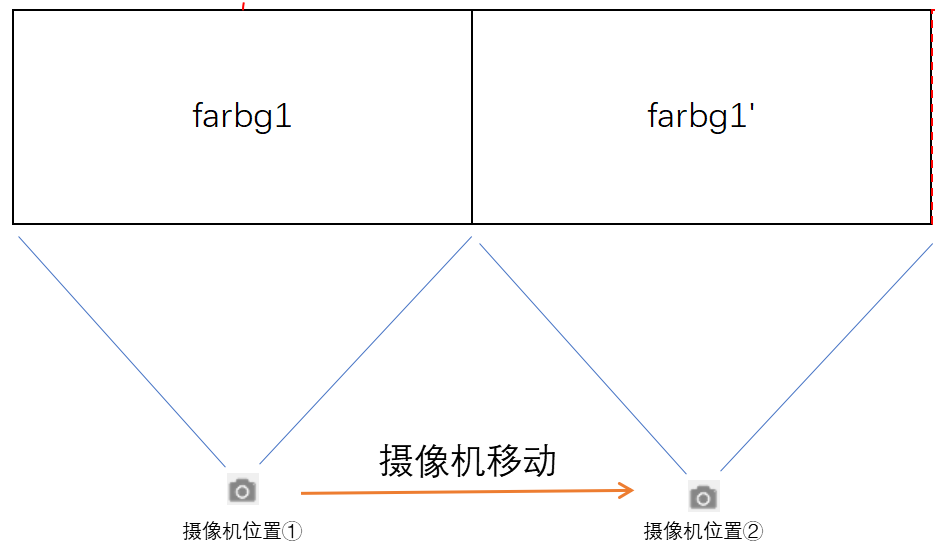 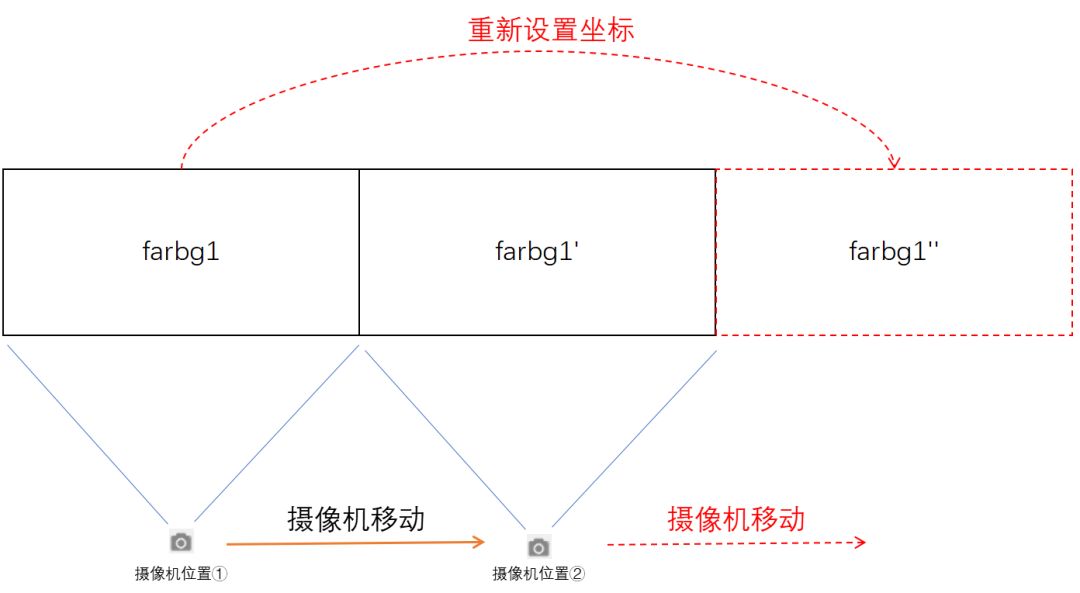 Some elements do not move. We call them static scenes, such as the sun and the moon. How to achieve them?

It’s actually very simple. Just use a camera to render them without moving the camera.

Implementation method: add a group celestial, turn on maincamera, set cullingmask to celestial, add a sun node, and set the group to celestial.

Also, when you play the characters, you need to set up a camera to render. This will make some special effects of lens, such as camera following, lens zoom, etc. This will be explained in detail in other articles. Please pay attention to the official account.

Implementation method: add a group player in the project settings, add a player node in the scene editor for character running, and set the group as player. A new node named playercamera is added to the scene editor. A camera component is added and cullingmast is set to player.

Playercamera only renders one player node, so you can see that the characters on the interface are running all the time. In fact, the characters are not moving at all, but the camera in the background is moving.