I found a lot of methods to solve the Chinese garbled code of Matplotlib in Anaconda on the Internet. I feel it is not concise enough. Now let’s make a summary. Two steps, one is to find the font, the other is to set it.

The system font file is usually saved in the   C:\Windows\Fonts 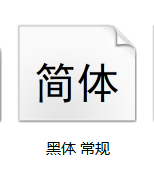 You can change the file name of Anaconda installed on your computer, and the following path is the same.

So the font is chosen.

Notepad shows about 249 lines, the upper middle part of the file: 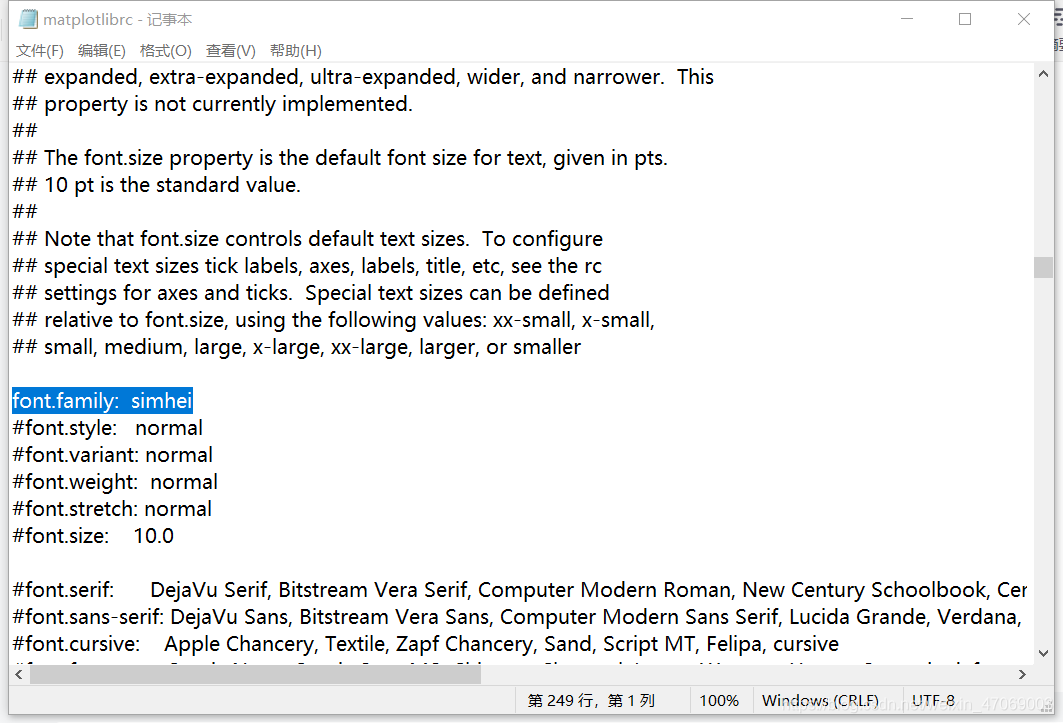 Remove the comment in front of font. Family, and then change the following name to the newly copied font name: simhei.

Save with Ctrl + s and reopen the compiler.