after searching for a long time, baidu looked around and finally looked at the official documents. It turned out that the version was too low. It was suggested to set a higher version
https://developers.weixin.qq.com/miniprogram/dev/framework/custom-component/wxml-wxss.html
The version settings are as follows:
Step 1: click the details in the upper right corner and a pop-up box will appear

Step 2: select local settings from the three tabs of basic information, local settings and project configuration to find the basic debugging library, Select the version 2.16.0 from the drop-down box 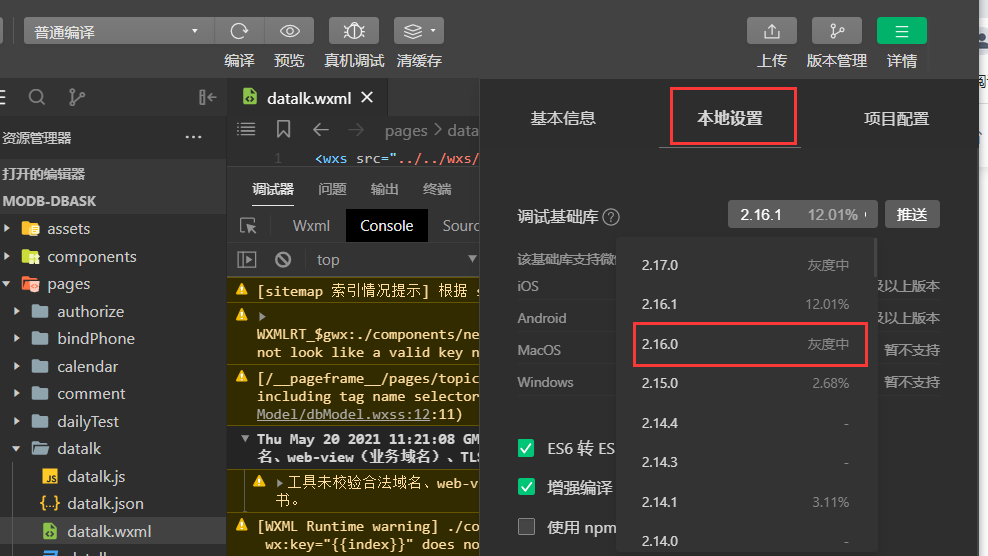 [external link picture transfer failed, source station may have anti-theft chain mechanism, it is recommended to save the picture and upload it directly (img-uhelrikv-16226186337)（ https://oss-emcsprod-public.modb.pro/image/editor/20210520-455b21d9-ae1-429d-84b-4e43858d4834.png ）]
if you select it and recompile it, no more errors will be reported, At present, it is speculated that the version is too high

Although the problem of error reporting has been solved, we can see that there are still some warnings on the console. I don’t know if you hate this warning. Although it’s not an error reporting, you want to close it…

method: find project.config.json in the applet directory, find the setting configuration object, and set checksitemap to false, Finally, save and restart the developer tool 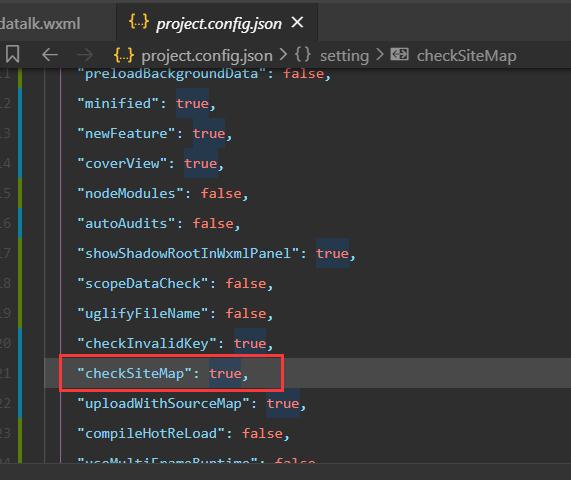