When using pycharm to install a third-party package in the python virtual environment in Python interpreter settings, it is likely to report an error: non zero exit code (2), as shown in the figure: 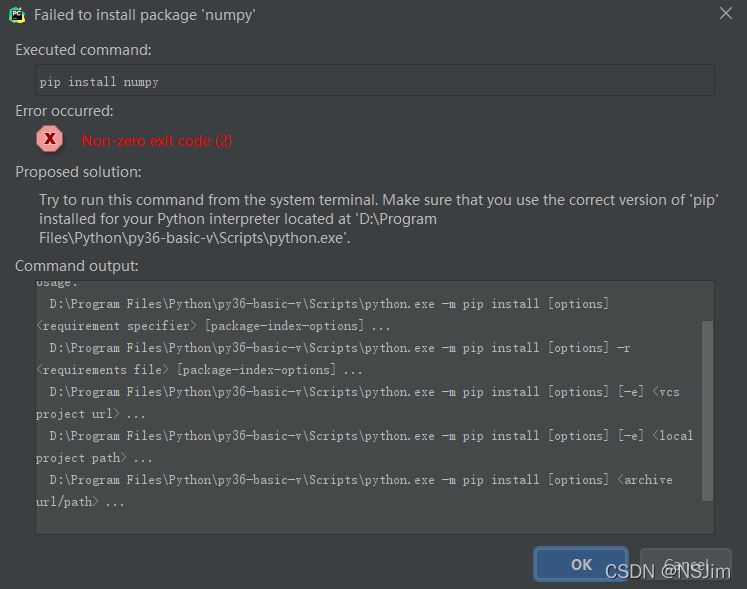 even upgrading pip will report an error, as shown in the figure: 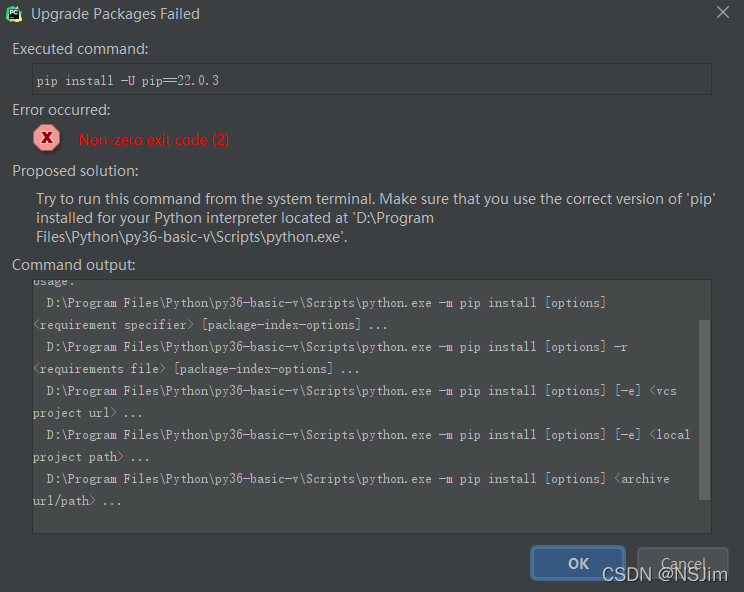 Tips are as follows:

As above belongs, the official says the possible reason is that pip is not installed in the specified directory of the virtual environment, and suggests running the pip command in the terminal to install the third-party package.

The official hint has a certain degree of reasonableness, but it does not try all cases, you can check whether the pip module exists in the directory of the virtual environment, if it does not exist, the pip module can be installed in the specified directory; if it exists, it is not the problem of the pip module path, so what exactly is the reason?

After investigation, it is the problem of pip version, my Python version is 3.6, pip version is 21.3.1, this version of pip will definitely appear the problem, the solution is also very simple, the pip version can be downgraded to 20.2.4, operation method see the following program 2: Downgrade pip version. (It is not recommended to upgrade pip, because new versions of pip may have the same problem)

Click Terminal at the bottom of pycharm toolbar , as shown in the following figure:

enter the PIP install command to install the third-party package, as shown in the figure:

But this solution treats the symptom but not the root cause, the problem is not solved, only the installation of third-party packages by alternative methods, if you want to solve the problem at all, please see solution 2 below.

First, open a project using pycharm. If there is no Python environment, you need to create a virtual environment first, as shown in the following figure:

In file - Settings - Python interpreter, we can see that the version of PIP in Python virtual environment is 21.3.1. As shown in the figure below, we need to downgrade the version of Pip to 20.2.4

Click Terminal on the toolbar at the bottom of pychart, as shown in the following figure:

enter the following command. Note that there must be Python -m, otherwise there is no permission:

After entering the command, the following prompt appears to prove that the downgrade is successful:

enter the command PIP - V to view the current PIP version, as shown in the following figure:

the problem has been successfully solved so far. The third-party package can be successfully installed in Settings, as shown in the following figure:

Error Messages:
Importing the numpy C-extensions failed. This error can happen for
many reasons, often due to issues with your setup or how NumPy was
installed.
We have compiled some common reasons and troubleshooting tips at:

At the same time, the python version and numpy version are given, and many files in the miniforge folder no such file are mentioned repeatedly

Anaconda is installed under the window system and the virtual environment is configured
everything runs normally using the command line, but an error is reported when running on pychram:
original error was: DLL load failed while importing _multiarray _umath

after installing anaconda, only the first two are added, but not enough!!! \Bin and \library\bin should also be added!!!

Since it runs normally on the command line, the version problem between packages can be ignored. The problem must be the configuration of pycharm or system variables

In fact, it’s because you just downloaded pychar, and you haven’t done its basic configuration yet. The error is normal ~ 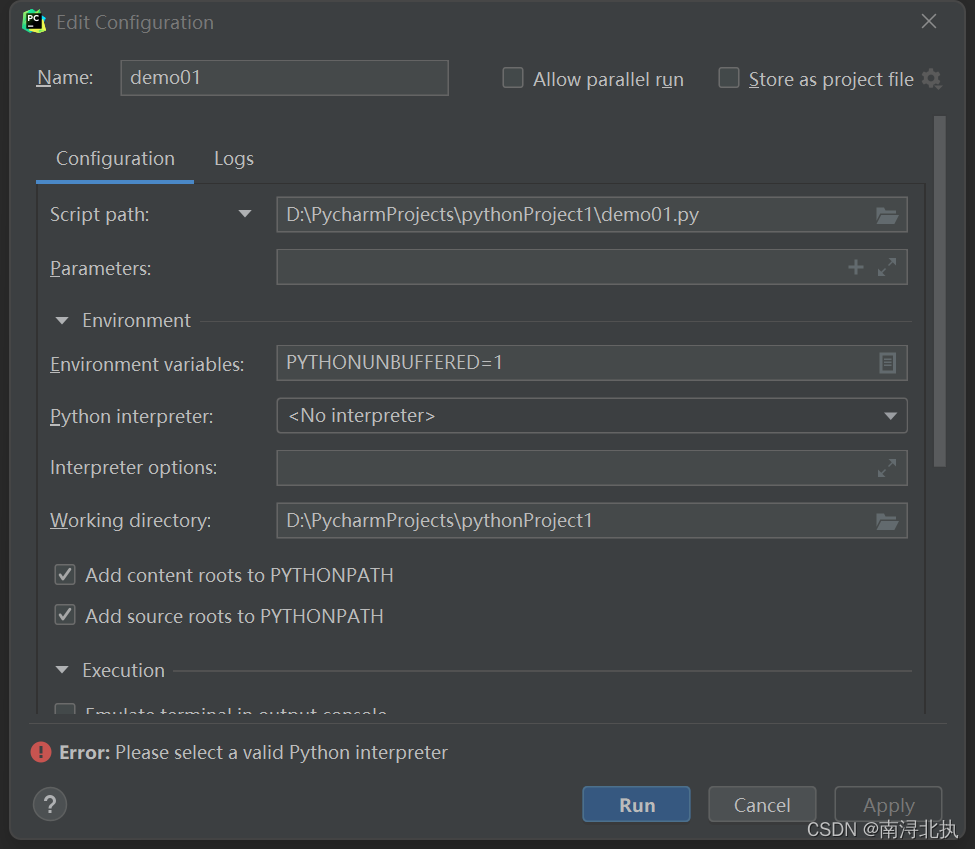 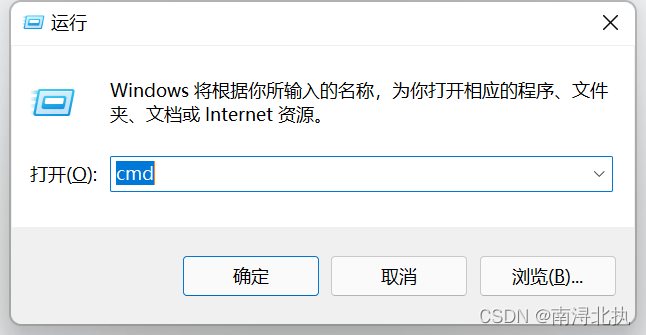 Then, the parser selects the problem, opens settings (Ctrl + Alt + s) or file & gt; settings, and opens the configuration box, as shown in the following figure: 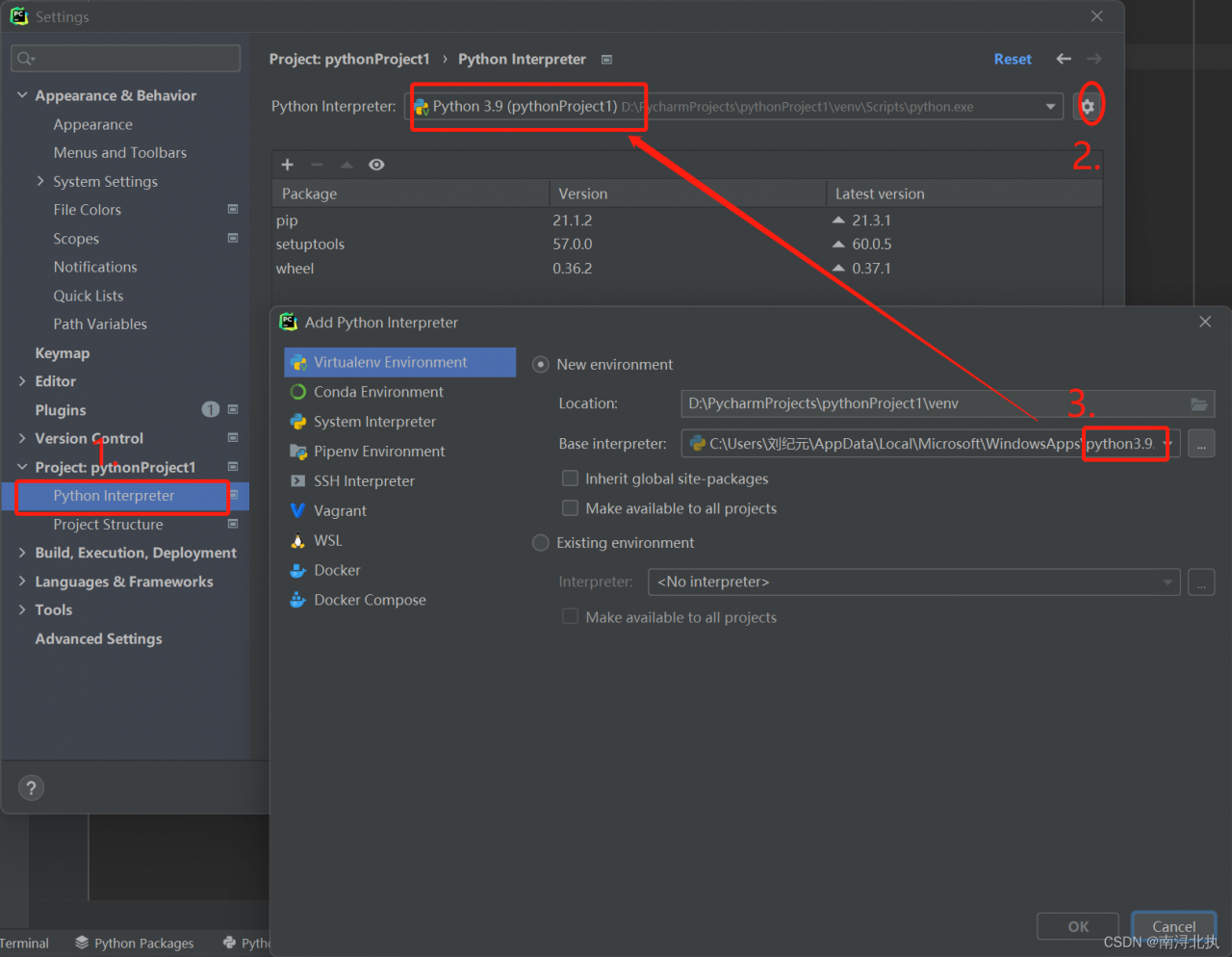 The results are shown in the figure below: 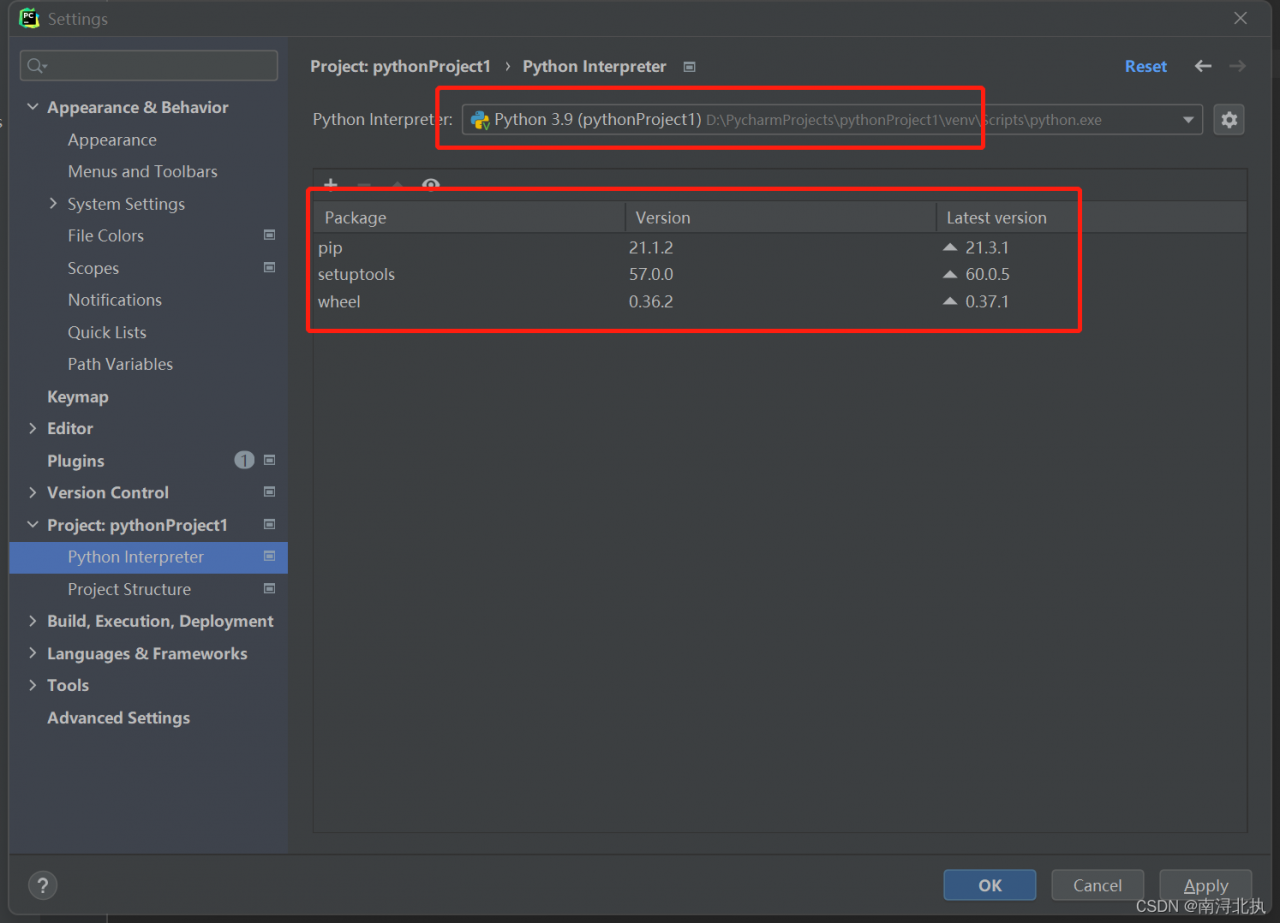 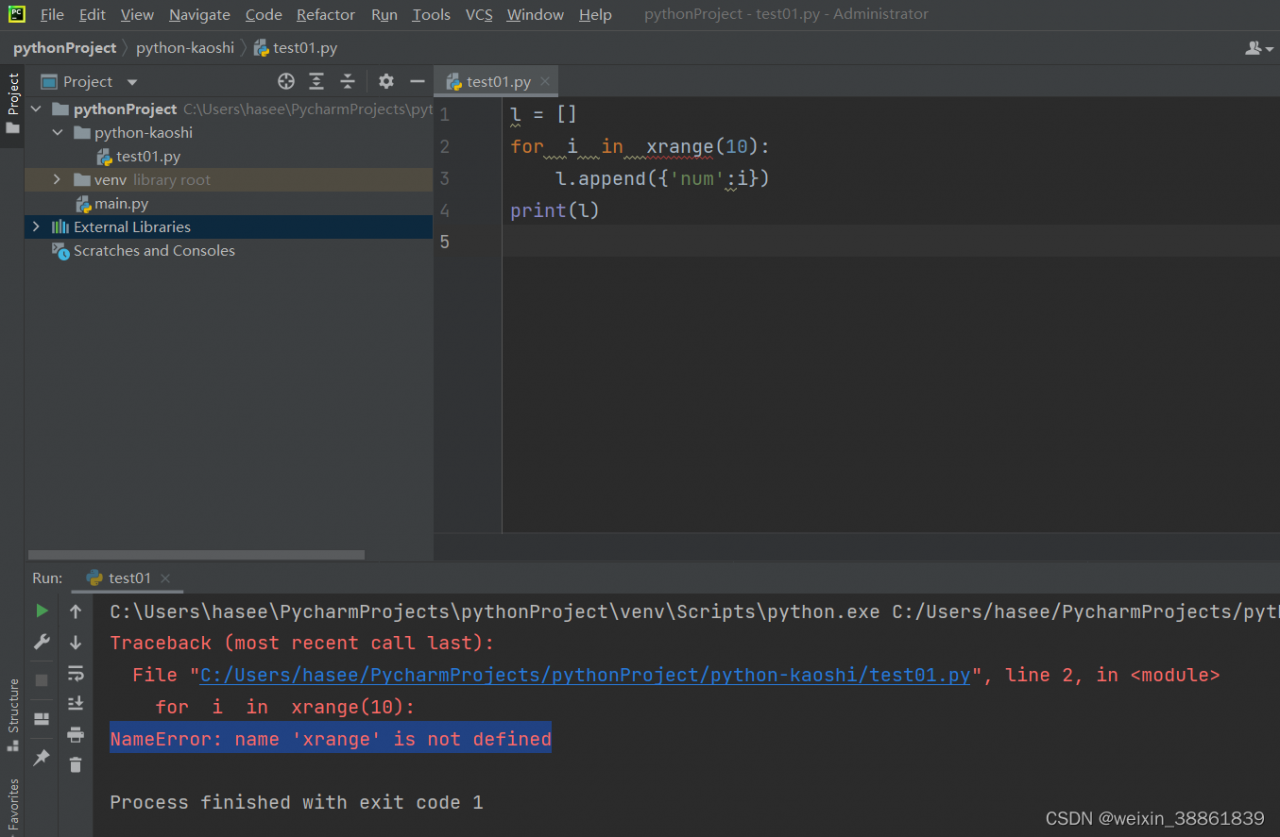 The reason is that my Python version is Python 3.8, while the xrange() function is in Python 2.0 For a function in X, in Python 3, the implementation of range () is the same as that of xrange (), so there is no special xrange (). Therefore, when this problem is encountered, there are two methods to solve it.

1: if you want to run the program in Python 3, change all xrange() functions to range().

2: put the program with this problem in Python 2.X version of the environment can be run

**About pychar’s error modulenotfounderror: no module named ‘requests_HTML ‘
code from requests_HTML import htmlsession is marked with red and an error is reported

Pycharm did not import requests_HTML Library 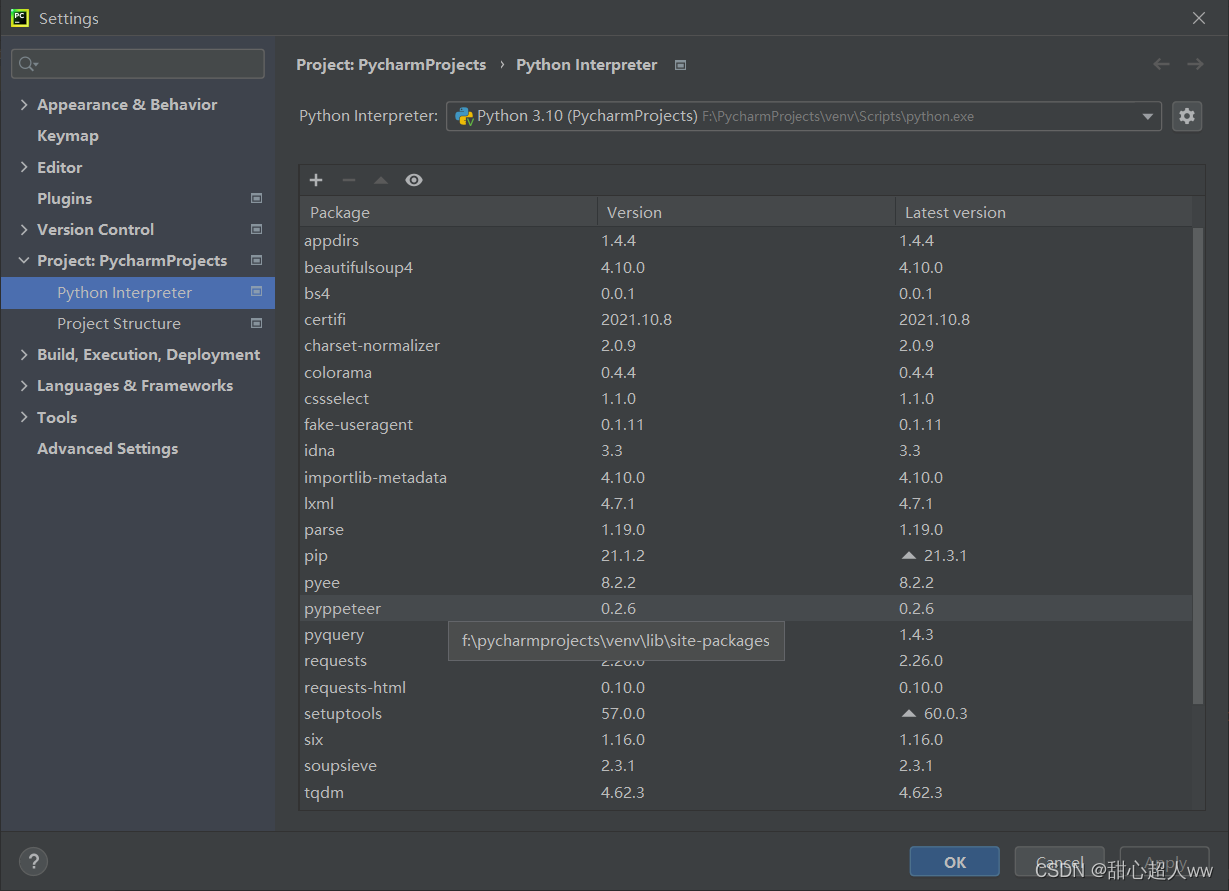 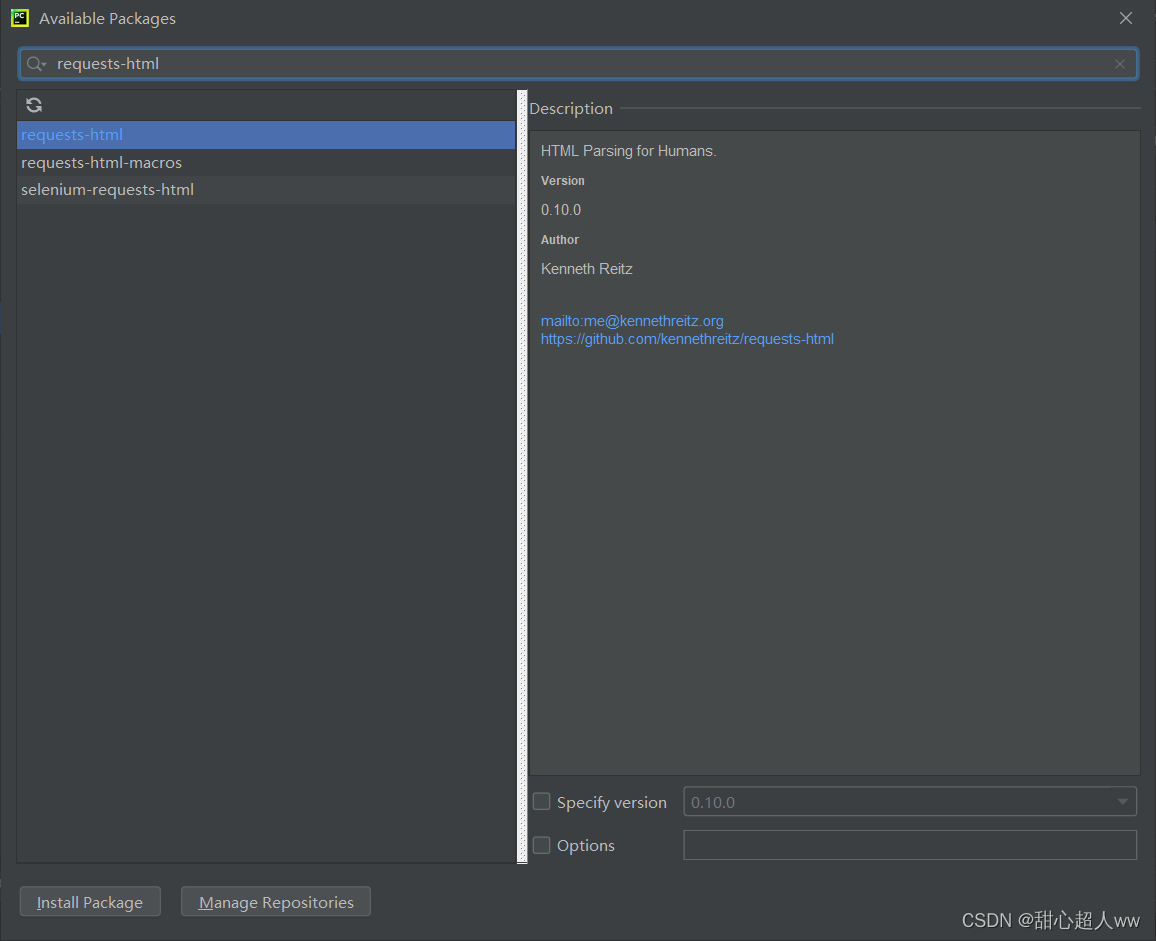 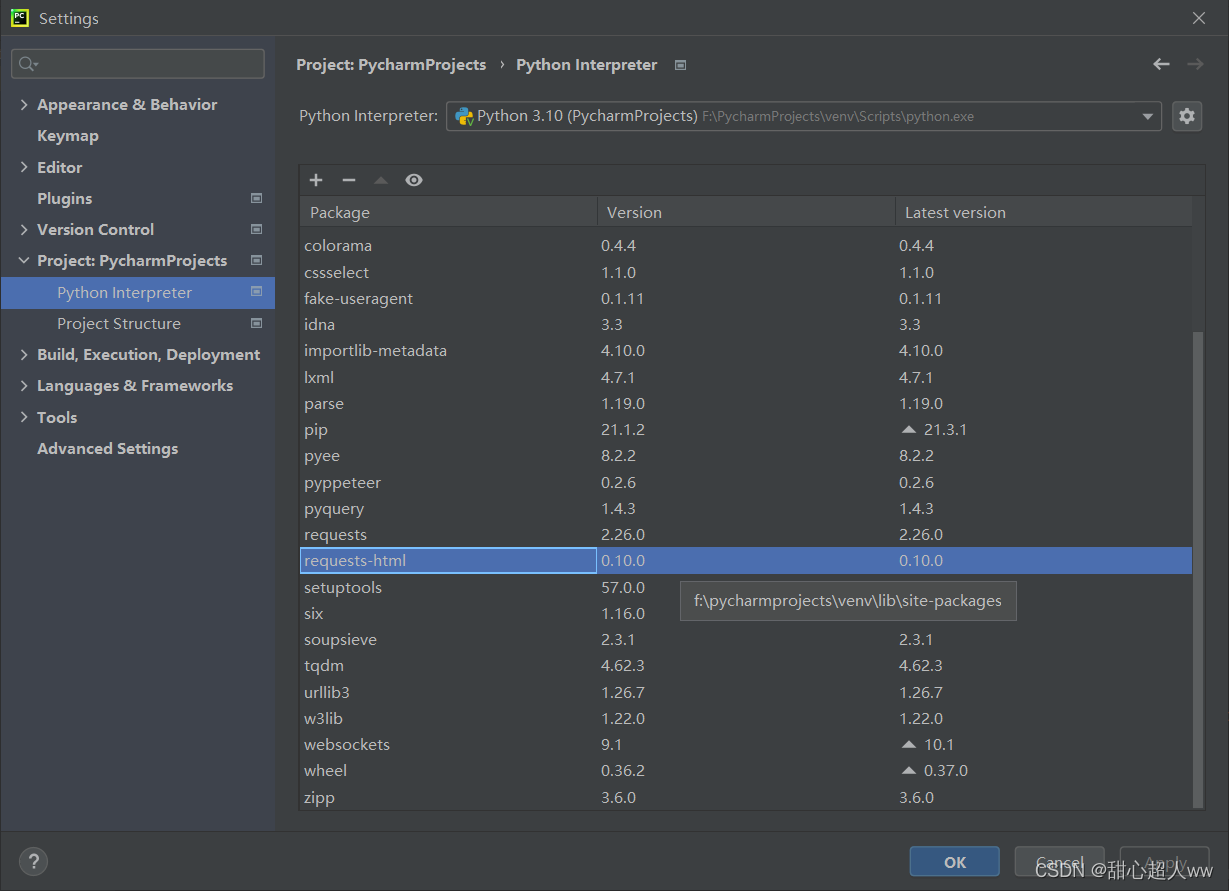 5. The code is not marked red yes 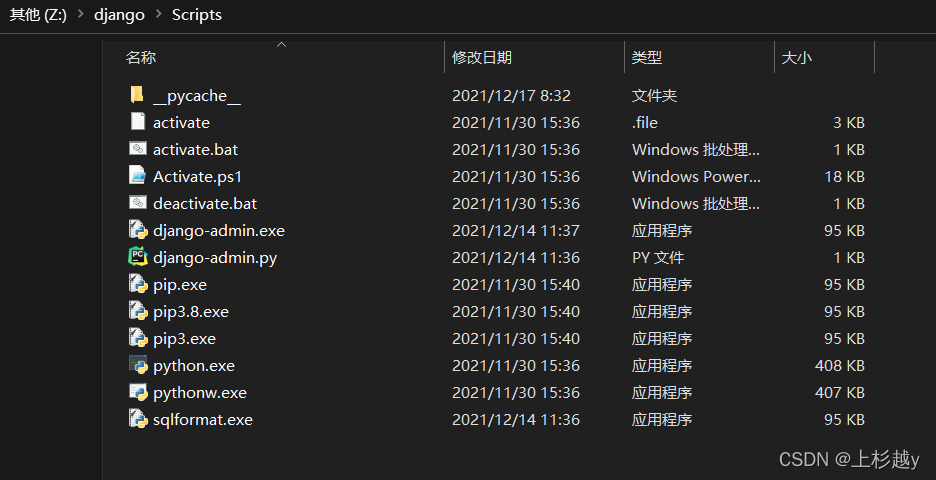 in Python, file => settings=> project interpreter=> add=> System
interpreter, select the python path of the above virtual environment, click OK, and no more errors will be reported 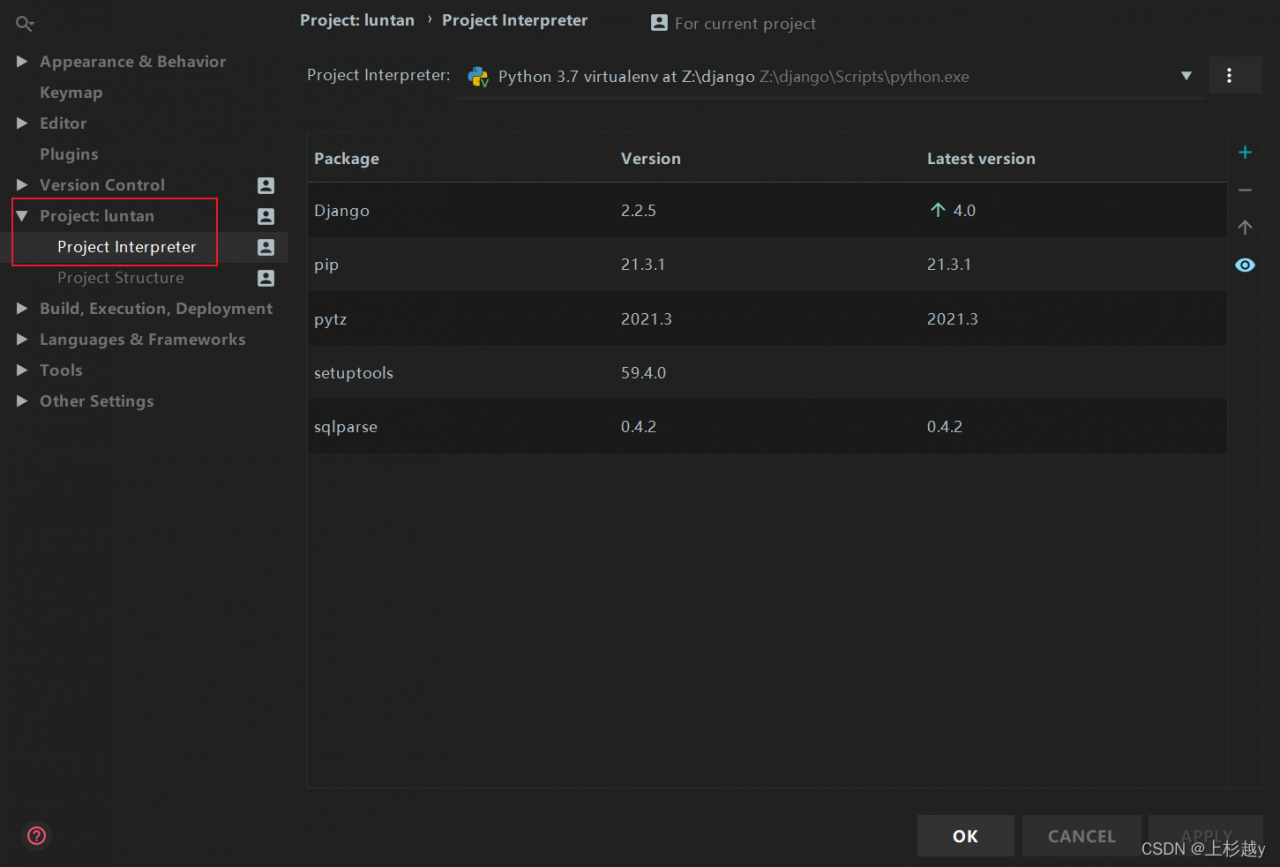 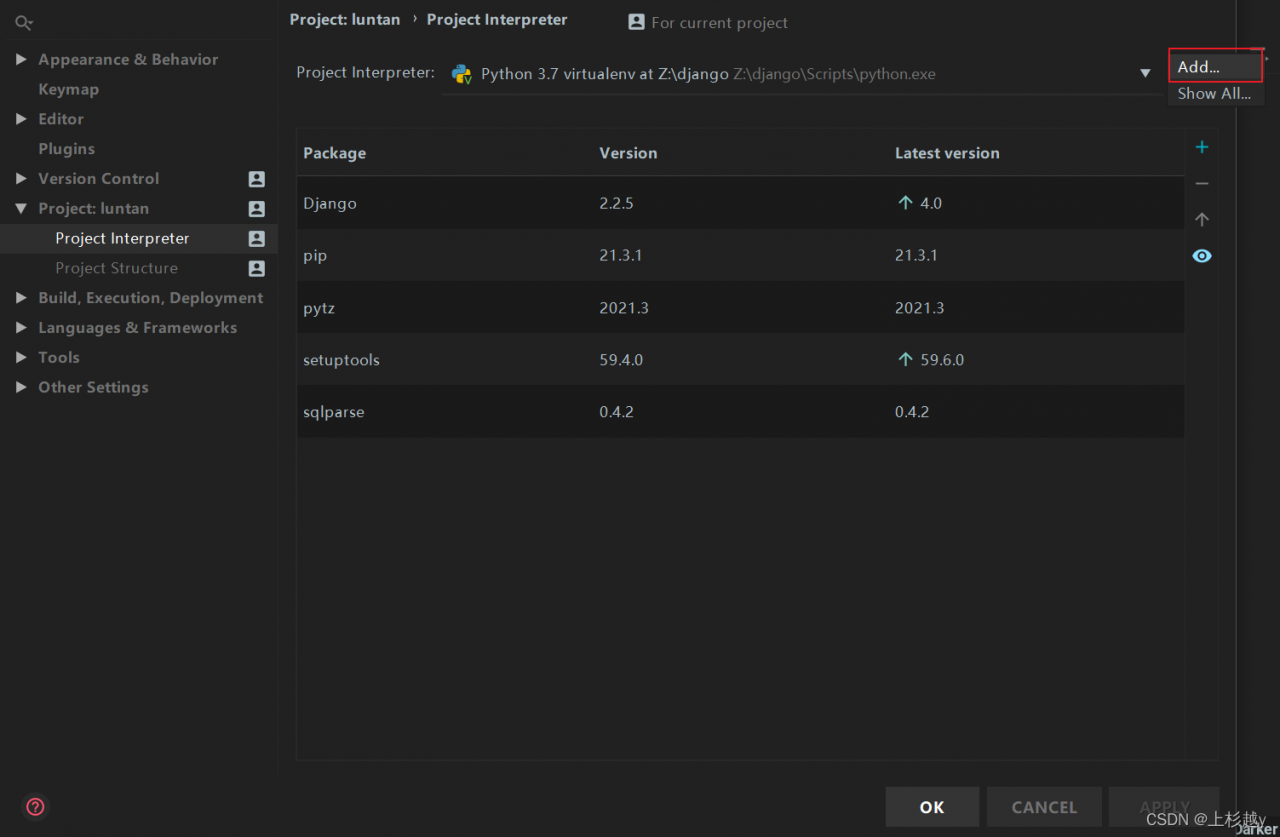 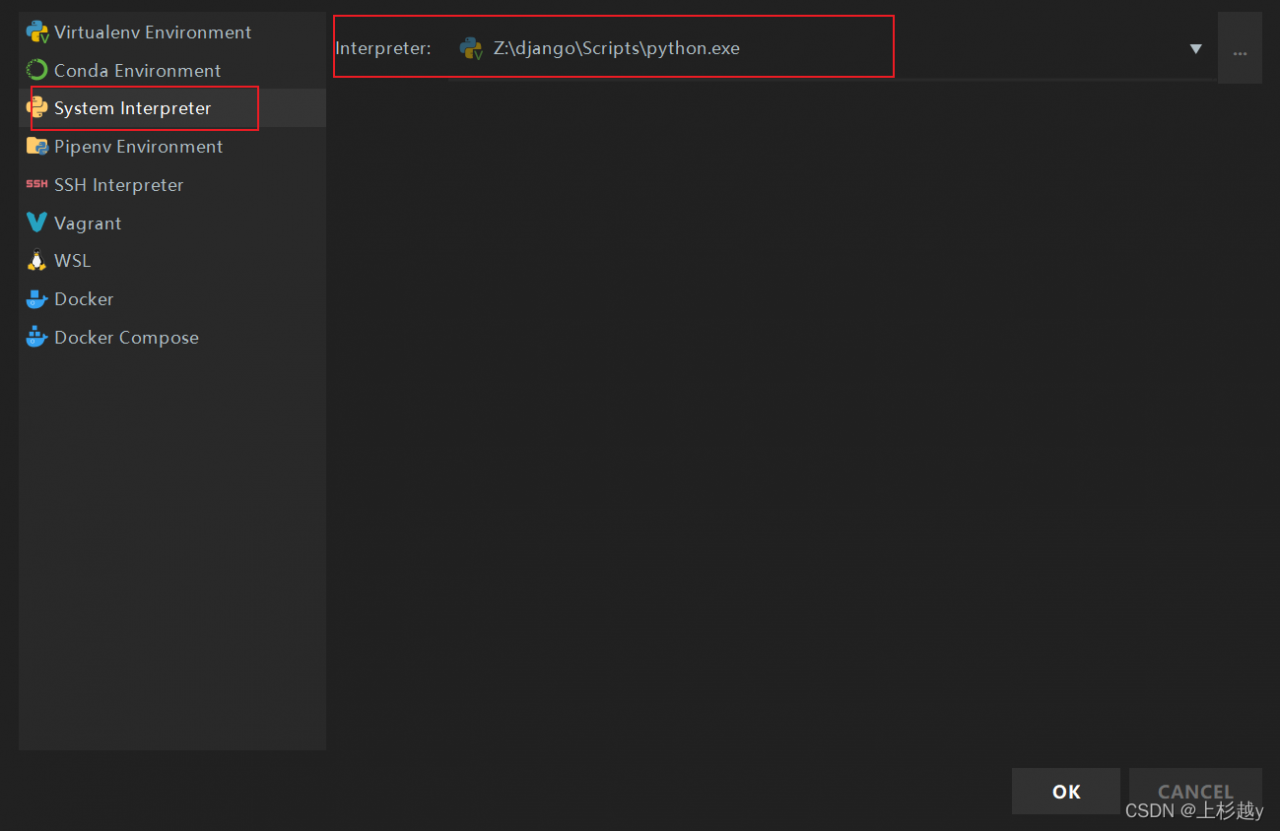 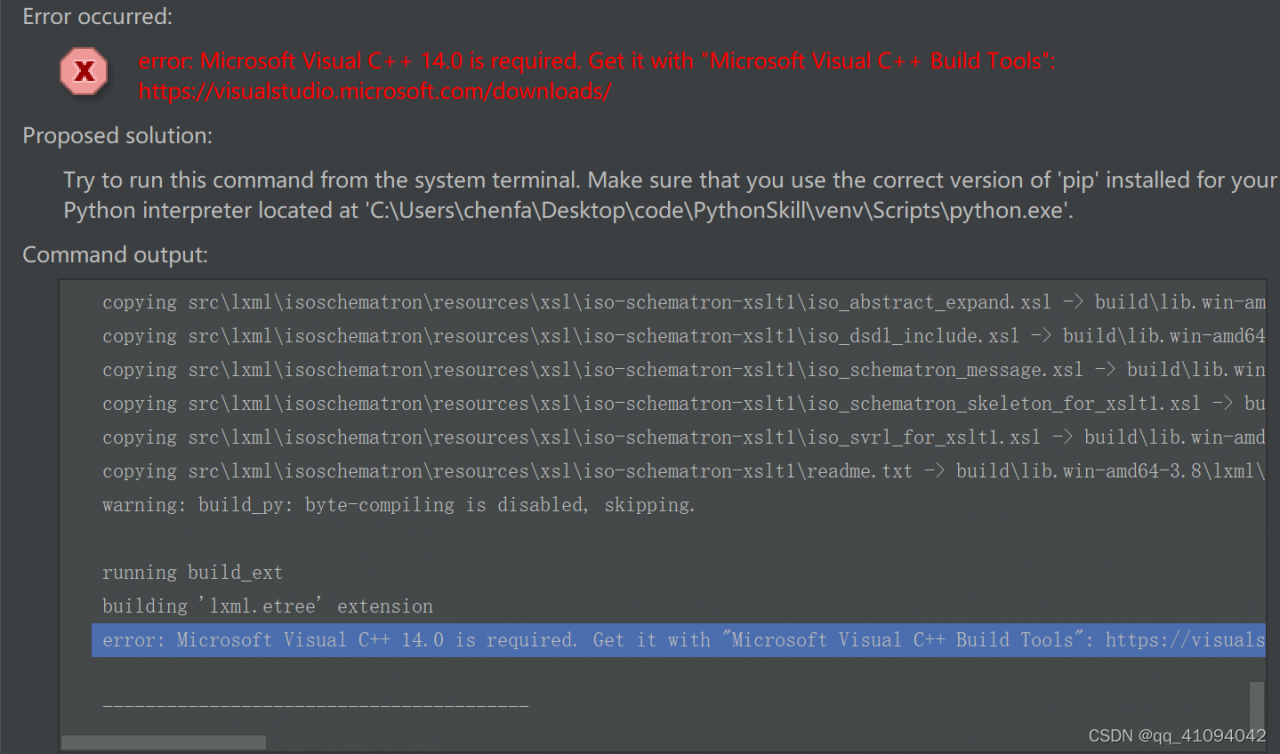 The error message is similar to:

Generally, errors will be reported when using the pyechards library for higher versions of Python:
cannot import name ‘iteratable’ from ‘collections’

Solution:
go to the directory where the pyecarts library is installed, enter the pyecarts file, open render, and continue to open engine Py file, where you can find the following code:

Change to the following code:

Call through the following command, and no error will be reported again

1) Find this file in the installation directory