Start zookeeper under windows and prompt zookeeper audit is disabled; Indicates that the startup failed, as follows: 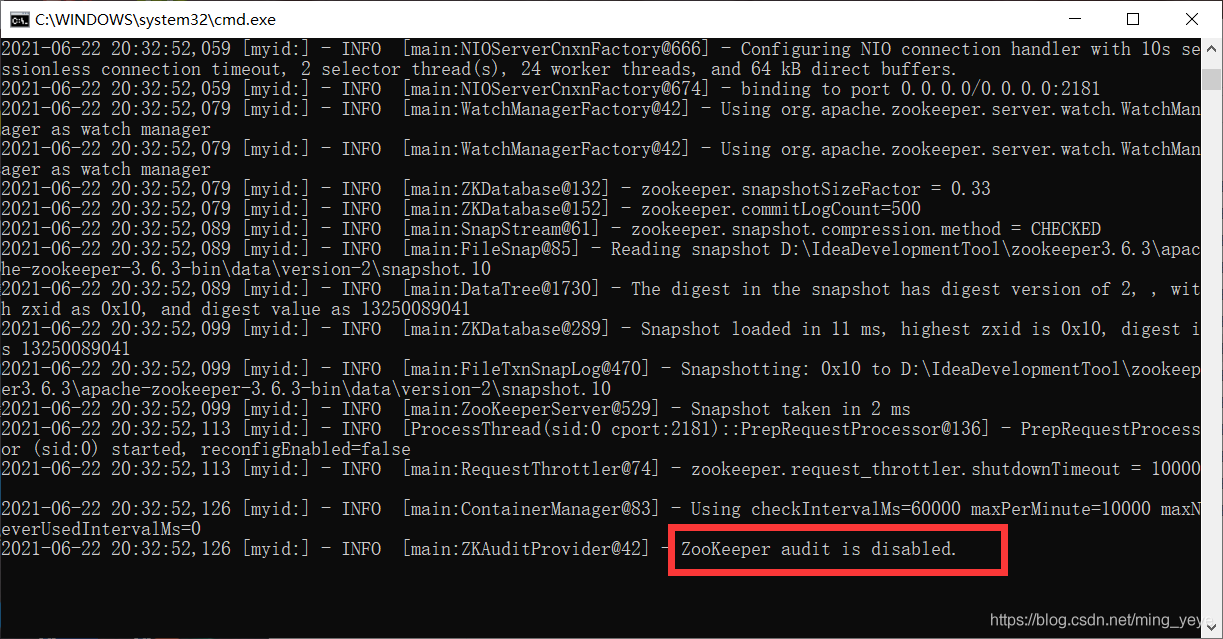 Reason: I’m running zookeeper version 3.6.3. It seems that there will be this phenomenon in versions above 3.6. The reason is that the newly added audit log of zookeeper is turned off by default when the new version is started, so this situation occurs.

1. In the configuration file conf of zookeeper, open the file zoo.cfg: 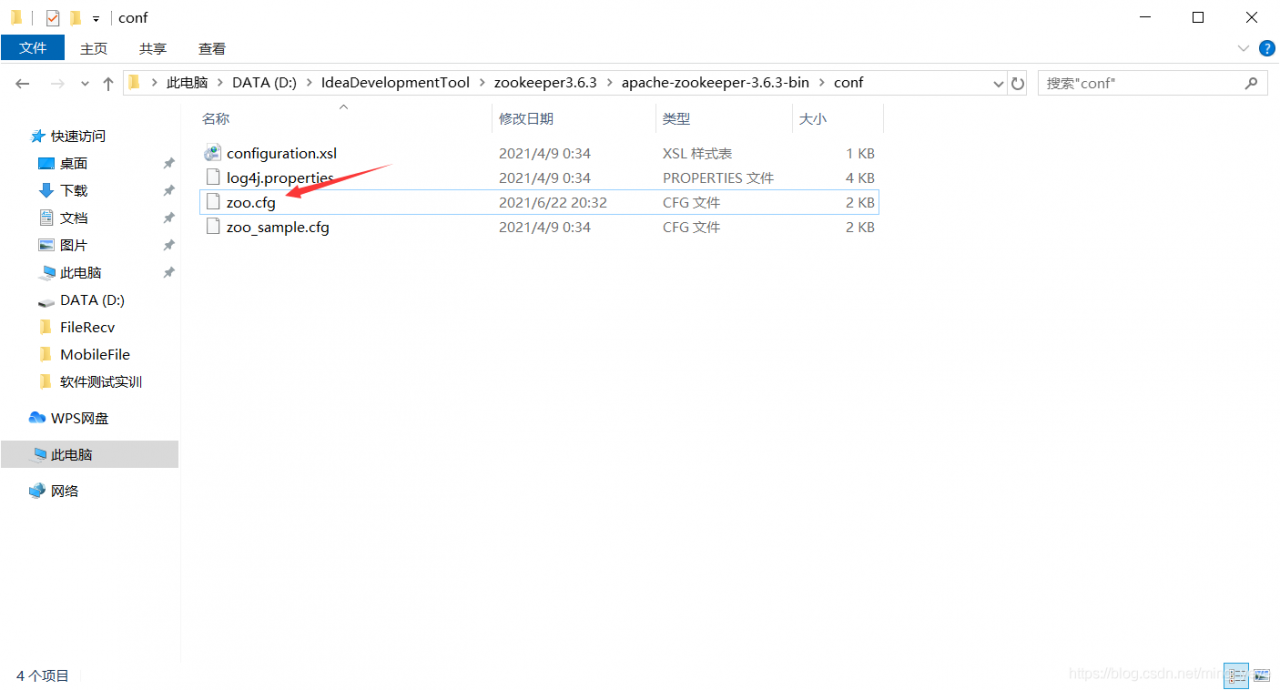 Attachment: the zoo.cfg file is a copy of the zoo_ Sample.cfg file. In the zoo.cfg file, the data storage path and the port number used when starting zookeeper are modified. 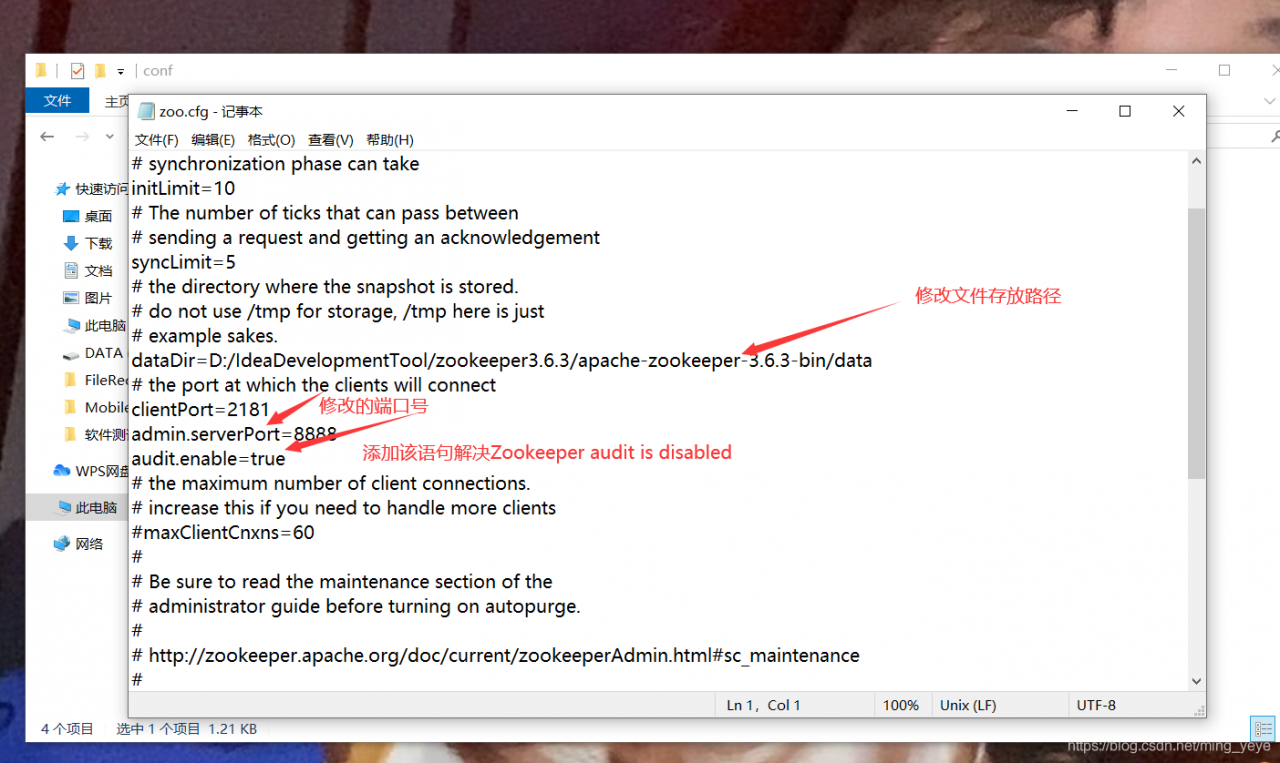 Hope to help you!!