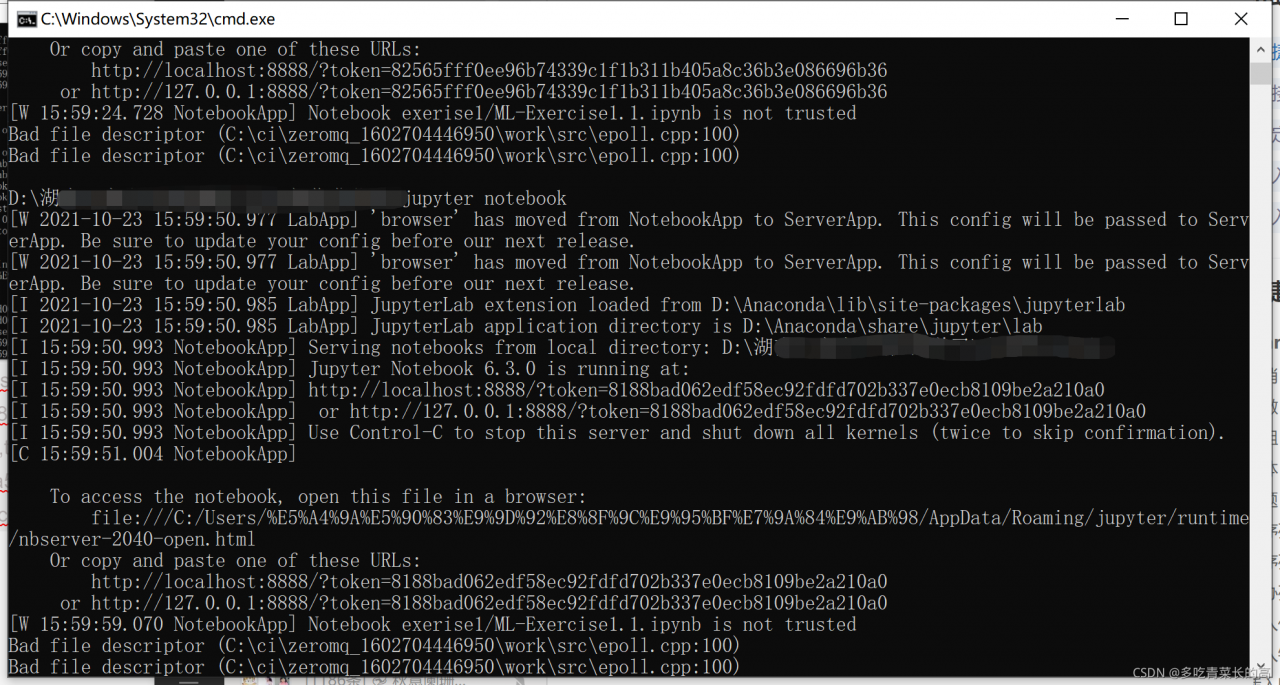 I checked many answers. It is said that it was caused by using Chinese when registering a Windows account. Coincidentally, I happen to use Chinese, but I think it’s very troublesome to re create an account. I don’t believe in evil. I’ll see if there are other methods. I’ve tried and found it
according to others, it seems that when you install jupyterab or jupyter notebook, you will automatically install ipykernel, and then automatically install a higher version of pyzmq.
this problem is the problem of pyzmq version. Uninstall pyzmq 22.0.2, execute PIP install pyzmq = = 19.0.2, and install pyzmq 19.0.2.
as shown in the figure below, 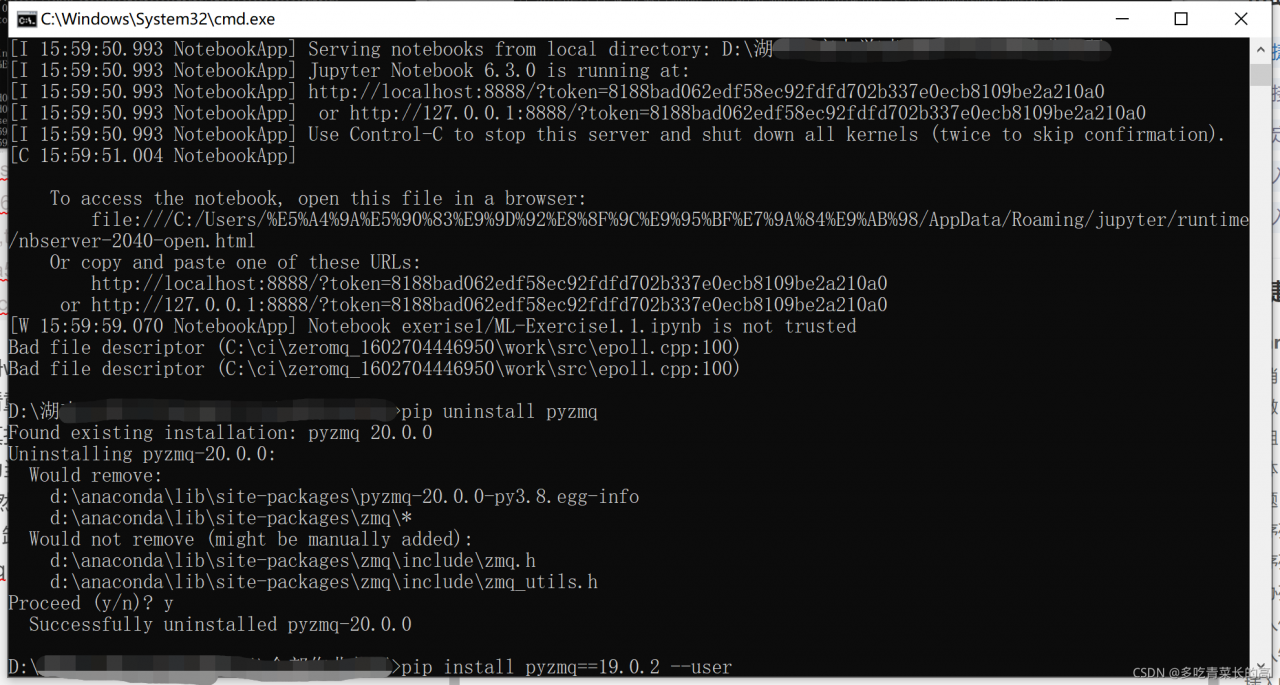 paste a command to facilitate everyone to copy

After installing pyzmq version 19.0.2, I have the following error messages

But fortunately, it does not affect the use. You can open the code again by using jupyter notebook.