Semi in eslint is to check whether the semicolon is wrong. No trailing spaces is the absence of spaces in the code

Open. Eslintrc.js in the project and add the following code in the rules to solve the above problems. Just add the first and second lines of code in the box. Some are added to the problems later. It is recommended to add them because they are useful later. 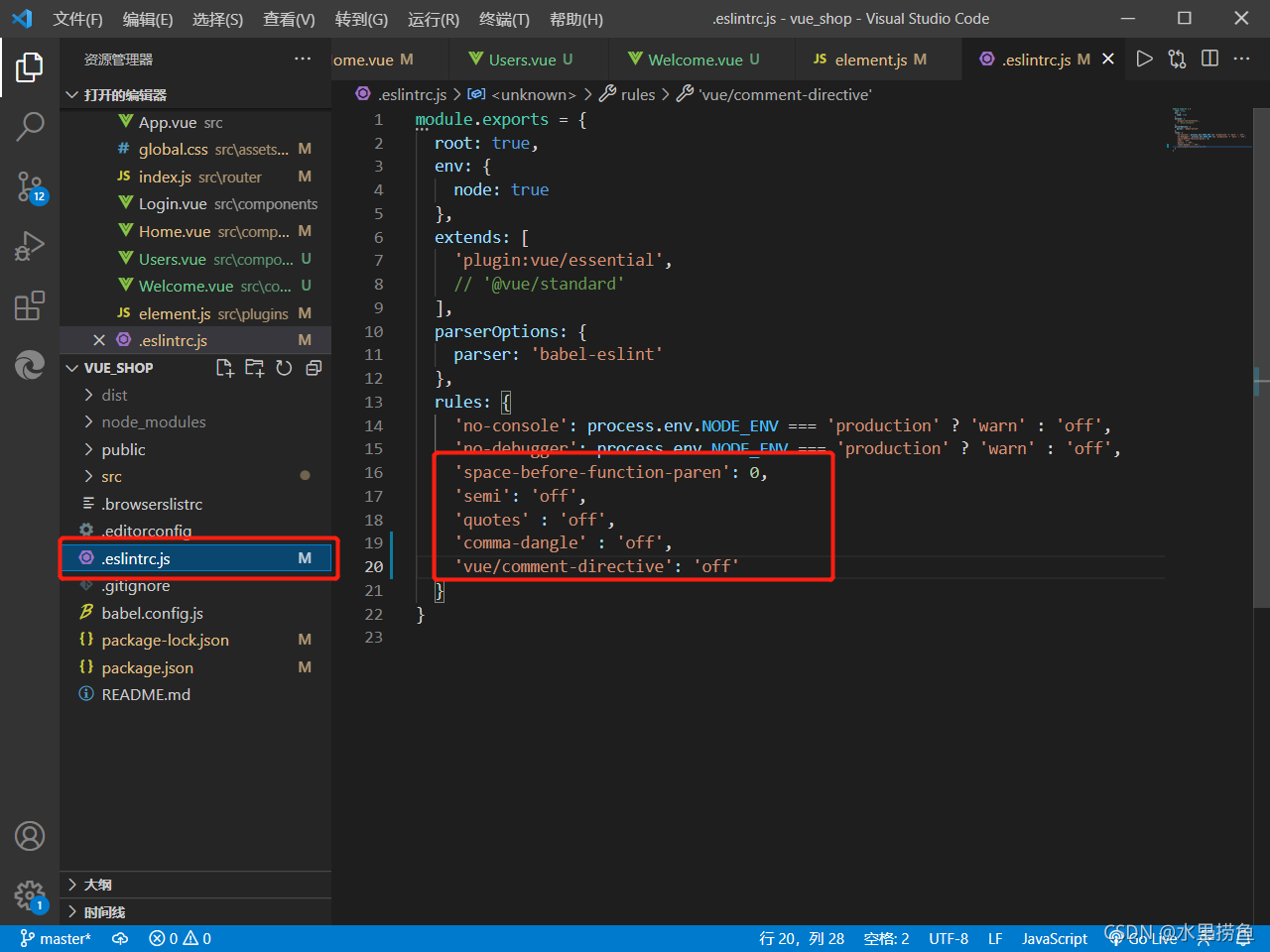 Eslint requires strict code format. Sometimes errors will occur when there are fewer or more spaces. It is recommended to replace the extensions in. Eslintrc.js in the project  ‘@ Vue/standard ‘is commented out. This will reduce many subsequent format problems. 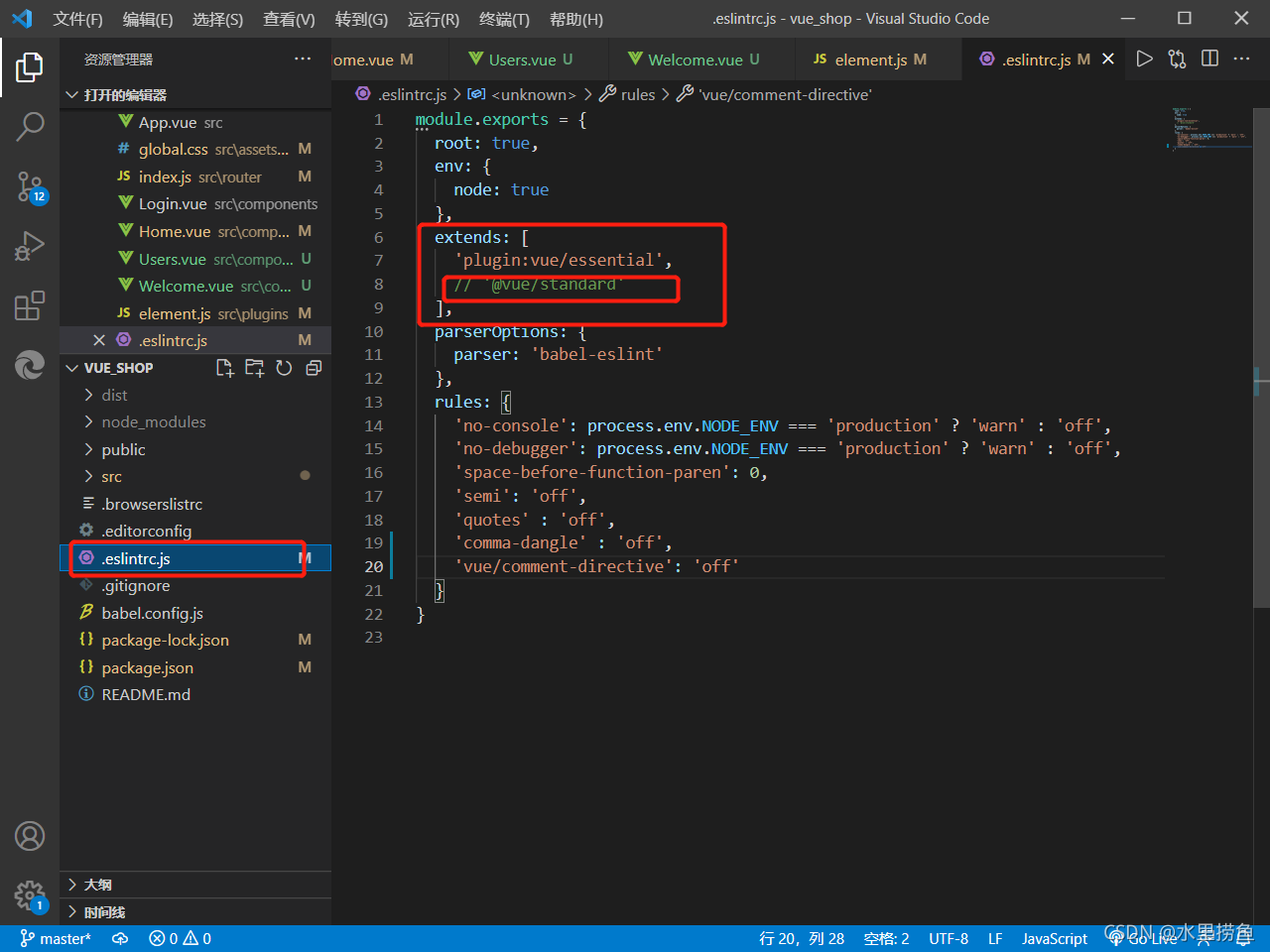