After samtools is installed with conda, there is always an error that the shared library is missing. Even if you can use samtools when you just installed it, but installing other related software in the same environment later, there may be conflicts, resulting in library replacement, and thus an error.

To avoid this situation, it may be best to give samtools a separate environment. But I don’t like this. My habit is to build an environment only after doing one thing. Otherwise, there are too many environments and I have forgotten it myself.

This answer may work for some people. But in fact, conda is already over 1.9:conda search samtools 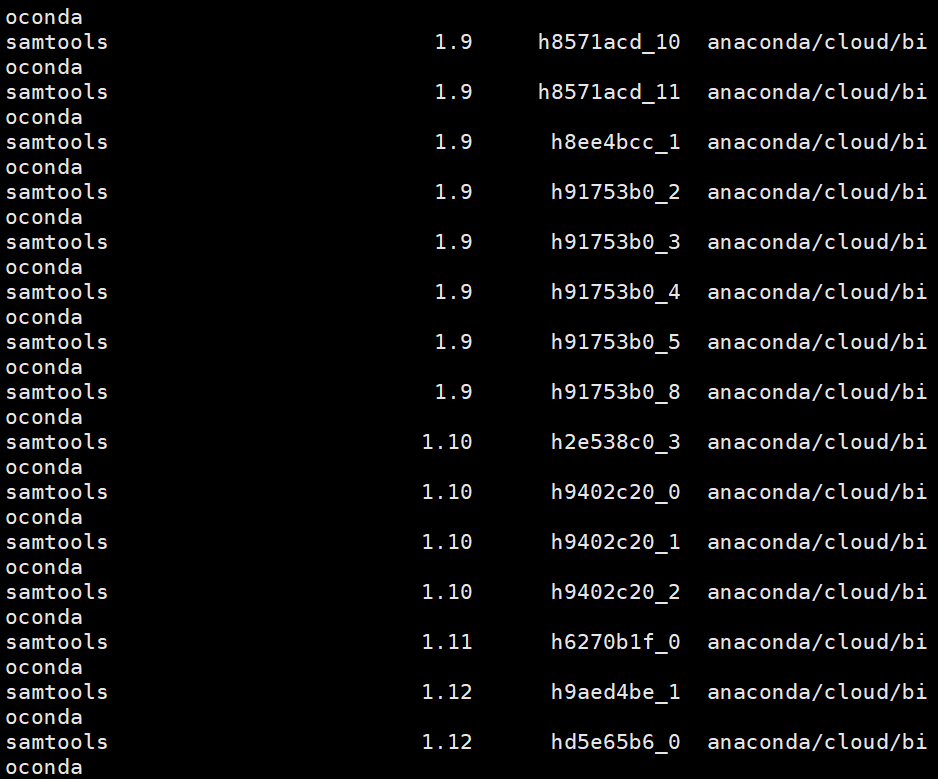 The version I installed is 1.10 by default, and this library is still missing. In short, there is still a mismatch in the version of the dependent library.

This issue has many issues on github, such as libtinfow.so.5

For example, my samtools lacks libcrypto.so.1.0.0, libncurses.so.5, libtinfow.so.5.
First find the same dependent libraries of other software, and the soft link can be the above name.

Other missing libraries are similar, if they fail, you can try a few more. There is not much difference between adjacent versions.