Recently, I tried to use a relatively easy Markdown software vnote. As its release version seems to be hosted on AWS, it is very inconvenient to download in China. Although the download address of Baidu network disk is provided, Baidu network disk client cannot be used on Linux system, so we try to build AppImage with code. Found a code directory. Travis_linux. Sh scripts that looked like a used to generate the appimage, then try to run the script, then the nightmare begins.
Linux after restart the system has been unable to enter the graphical user interface, has been stuck in “started the GNOME Display manager”, but there is no other specific useful information, and only under the recovery mode through Google search solution,
The usual way to do this is to reinstall gdm3 or lightdm and select gdm3 or lightdm as the desktop. Normally this would work, but mine never did.
Try looking at the.travis_linux.sh files, make uninstall them one by one, reboot them, and still not get to the graphical interface. Here is the installation package for one of the worst offenders, but unfortunately it was not found at first. 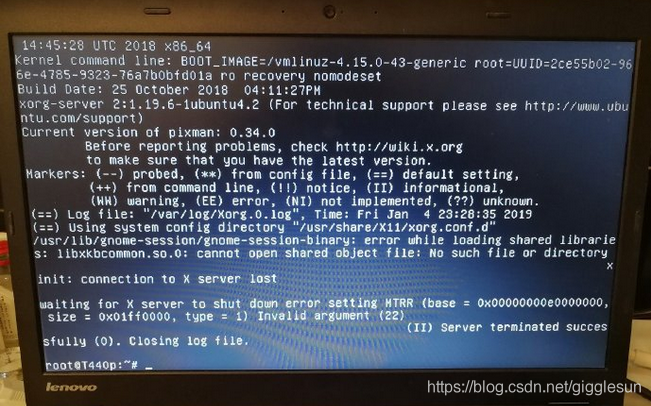