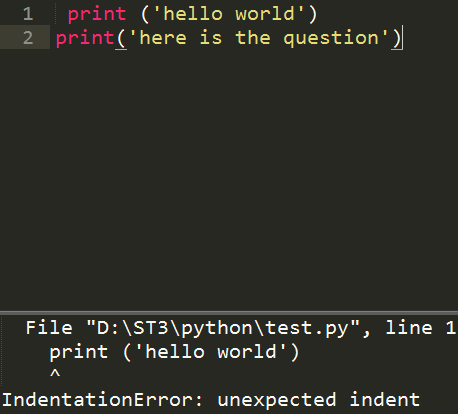 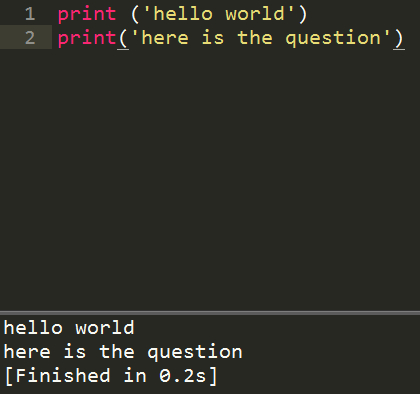 Now, the two lines of code are implemented in the “top” write, after the explanation is no problem.
To further prove that “every sentence must be written in the top space”, we keep the first sentence in the top space and indent the second sentence by one character. Explain. 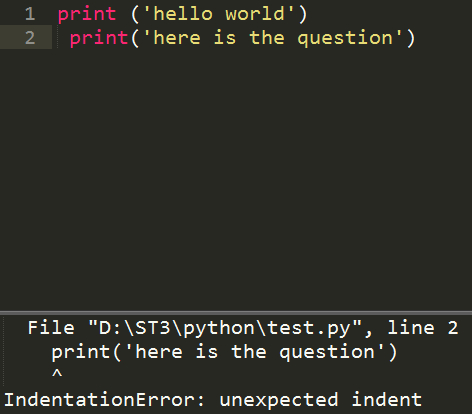