Today, when learning Django framework, I wrote the following command:

After that, an error is reported as follows:

I looked up the relevant documents, various, did not come to the point.

In fact, the root of this problem is very easy to understand: there may be no such file as six. Py under the path of Django/utils /!!

Taking this machine as an example, I first checked the following path. There is no file “six. Py”.

Next, I chose to use the command line:

But the previous command still runs and reports an error, although the six. Py has been downloaded.

At this time, you need to go to your PIP folder and find the file “six. Py” 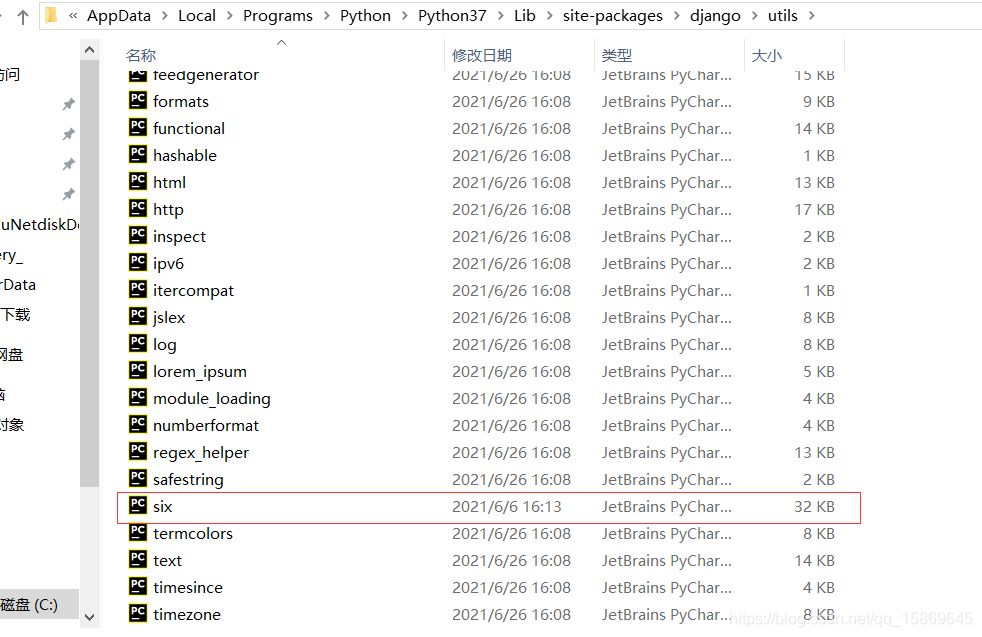 At this point, rerun the command

After running successfully, no error is reported