After installing CREO 4.0, the first day the software runs normally, but the second day when opening the software, a license error appears. The error message is as follows: 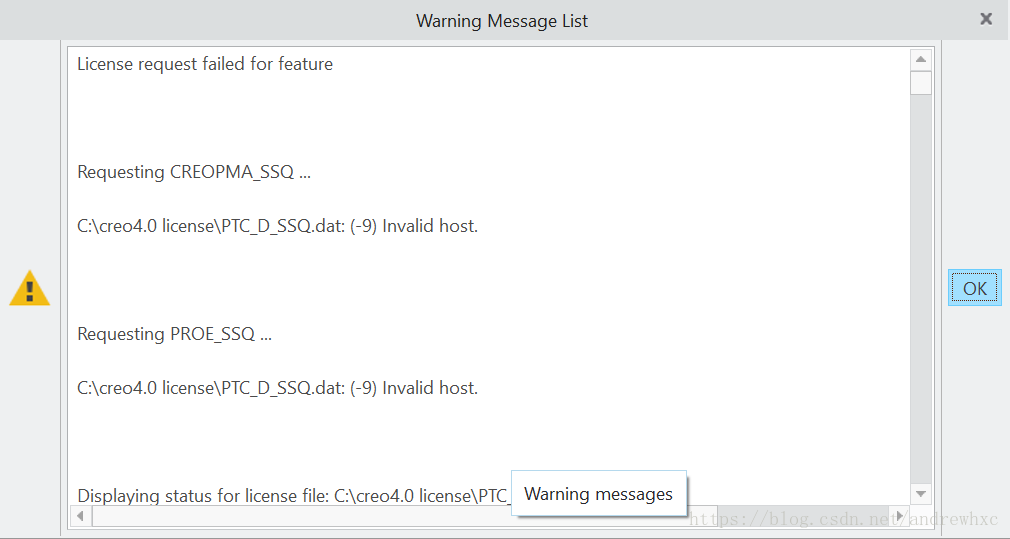 Solution: Reuse the registry to generate a license file and overwrite the original license file
The reason for the problem: The first day I used a mobile phone as a hot spot to connect to the computer, and the second day I used another mobile phone as a hot spot, which led to the change of the host ID, making the license file generated previously unavailable, and the host ID would also change after the network was disconnected.
Ps: There was no such phenomenon with PROE before.