Today, when running yoov7 on my own computer, I used the CPU to run the test model because I didn’t have a GPU. I used the CPU to predict an independent image. There is no problem running an image. It is very nice!!! However, when I predict a video (multiple images), he told me that the memory allocation was insufficient,

DefaultCPUAllocator: not enough memory: you tried to allocate 1105920 bytes.,

Moreover, it does not appear after the second image is run. It appears when the 17th image is calculated. The memory can not be released several times later~~~~~~~~

requires_grad is a property of the generic data structure Tensor in Pytorch, which is used to indicate whether the current quantity needs to retain the corresponding gradient information in the calculation. Taking linear regression as an example, it is easy to know that the weights w and deviations b are the objects to be trained, and in order to get the most suitable parameter values, we need to set a relevant loss function, based on the idea of gradient back propagation Perform training.

When requires_grad is set to False, the backpropagation is not automatically derivative, so it saves memory or video memory.

Then the solution to this problem follows, just let the model not record the gradient during the test, because it is not really used.

Use with torch.no_grad(), let the model not save the gradient during the test: 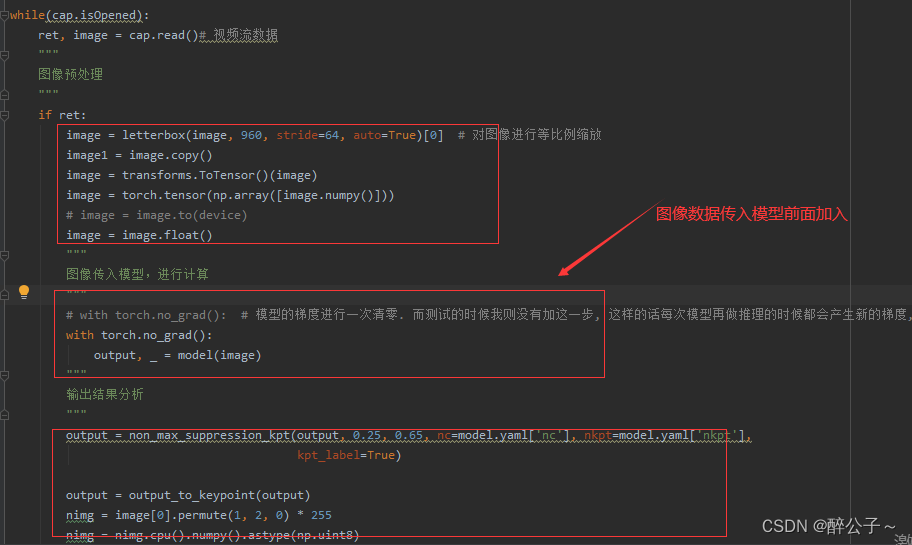 In this way, when the model calculates each image, the derivative will not be obtained and the gradient will not be saved!