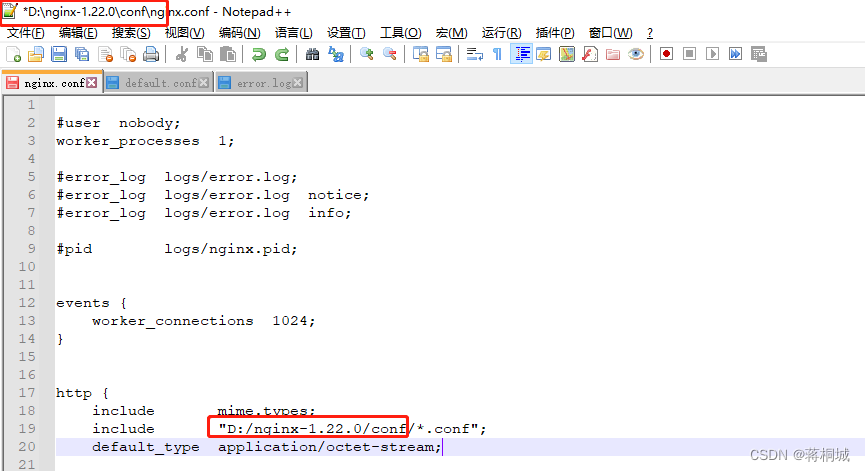 After deleting the worker_processes instruction, an error is reported that other instructions are not allowed.

Later, it was found that the use of wildcards in include led to the inclusion of yourself. You can modify the include method. 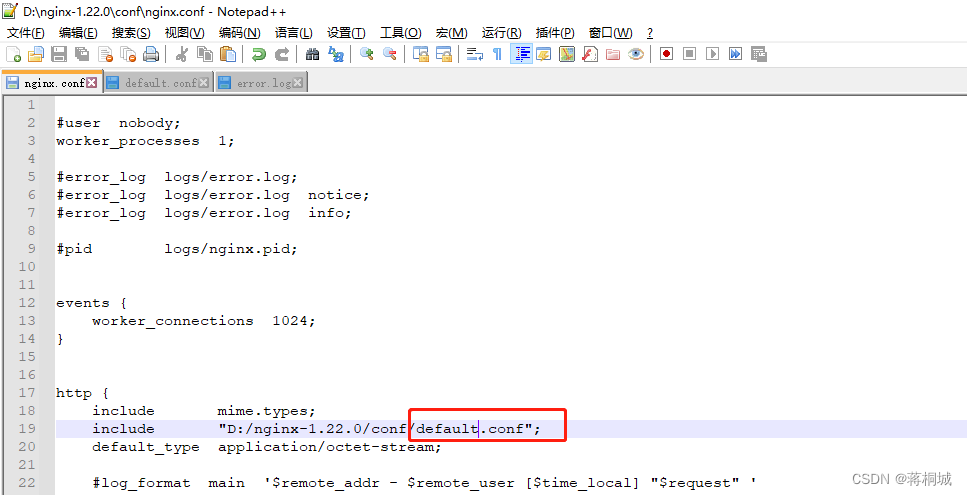