When running the demo in openvino, this bug is always prompted. According to the suggestions of stackoverflow and official documents, use cmake - G "Visual Studio 16 2019" - a x64 this command to compile, which is also invalid. Later, after troubleshooting, I thought it might be the problem of cmake version. Because the old version of cmake (before 3.14) may not find the latest visual studio, I went to the official website to download it, Run the. Bat file in the demo to solve the problem 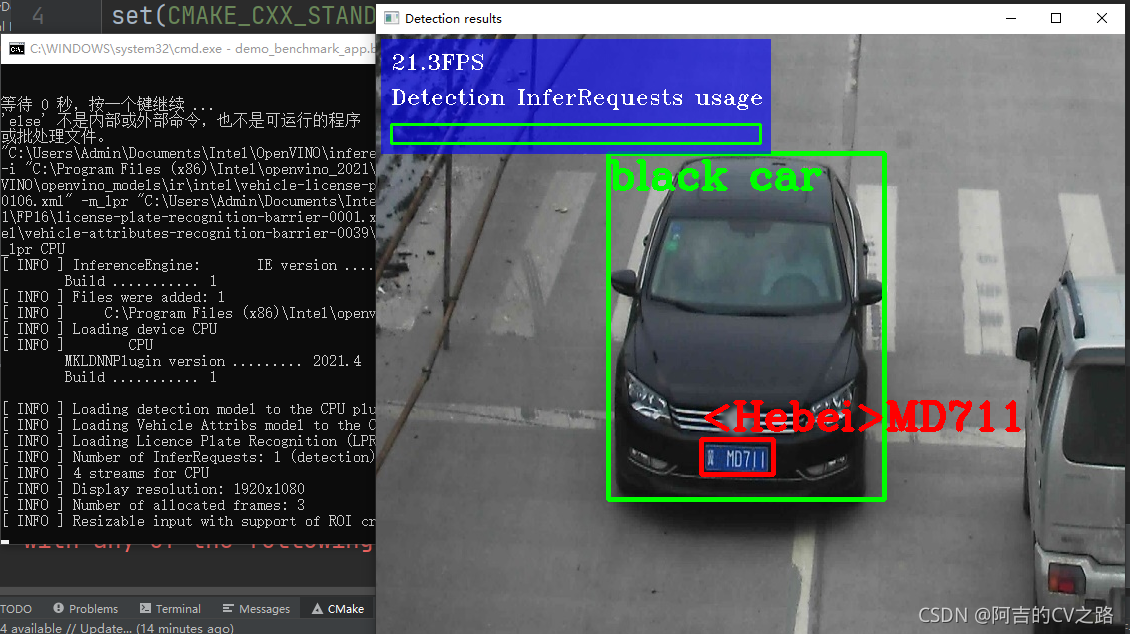