When I started es on Linux today, it showed that I did not find the route of the host, and I reported similar errors before, because the port was not configured in Alibaba cloud security group configuration, and this problem was solved after configuration. Today, this problem arises again. I can’t help but let people think about it. Later, it was found that kenneng was caused by insufficient memory automatically allocated to the JVM when ES was started. Therefore, we need to modify the default memory parameters.

We go to jvm.options under config in the ES folder 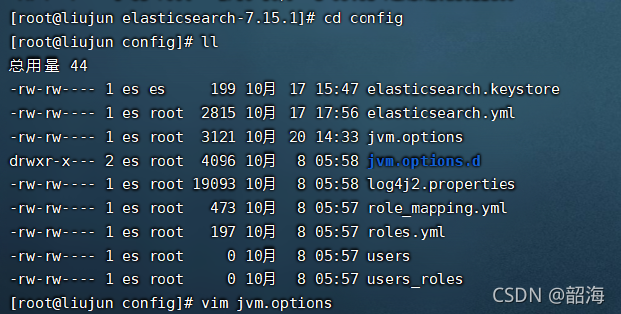 Since the memory of the server you bought is only 2G, 218m is allocated (Note: – XMS and no space between numbers)