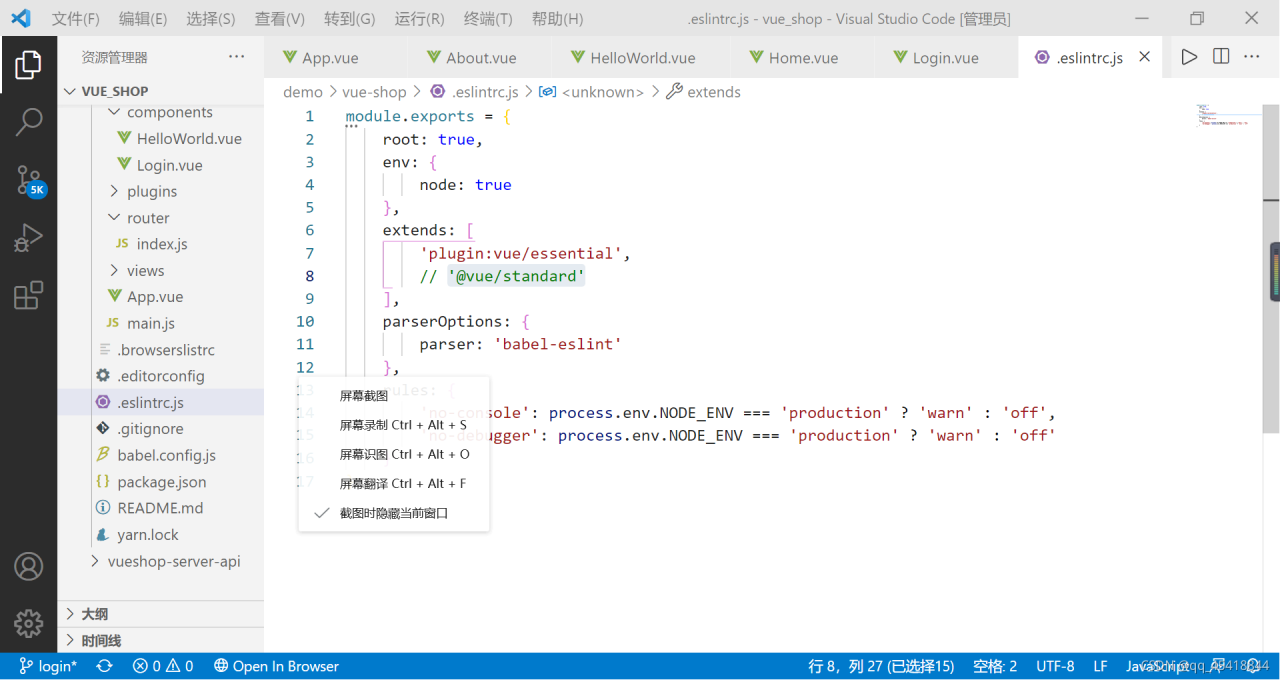 Originally, two spaces were needed, but there were actually eight. The appearance of eight spaces is generally caused by the tab key

It is important to note that after modifying the. Eslintrc.js file, it can take effect only after restarting
according to the startup command of your project: NPM run serve