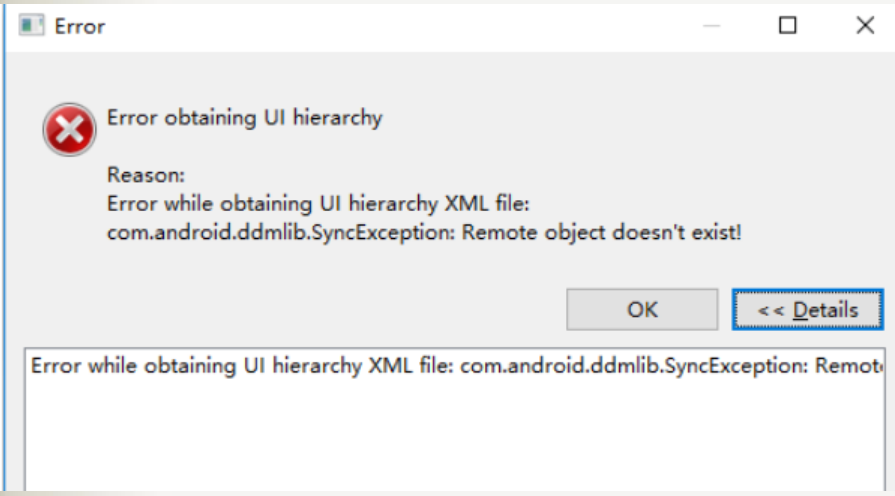 Solution: Turn on developer permissions on the phone, turn the USB debugging button back on, and then restart the emulator

For learning appium framework for the first time, when using uiautomatorviewer to locate Android App controls, you will occasionally see the following exception, which is usually Baidu. Most of them did not find the answer, so they gave up using this tool, chose other tools or gave up appium automation directly. 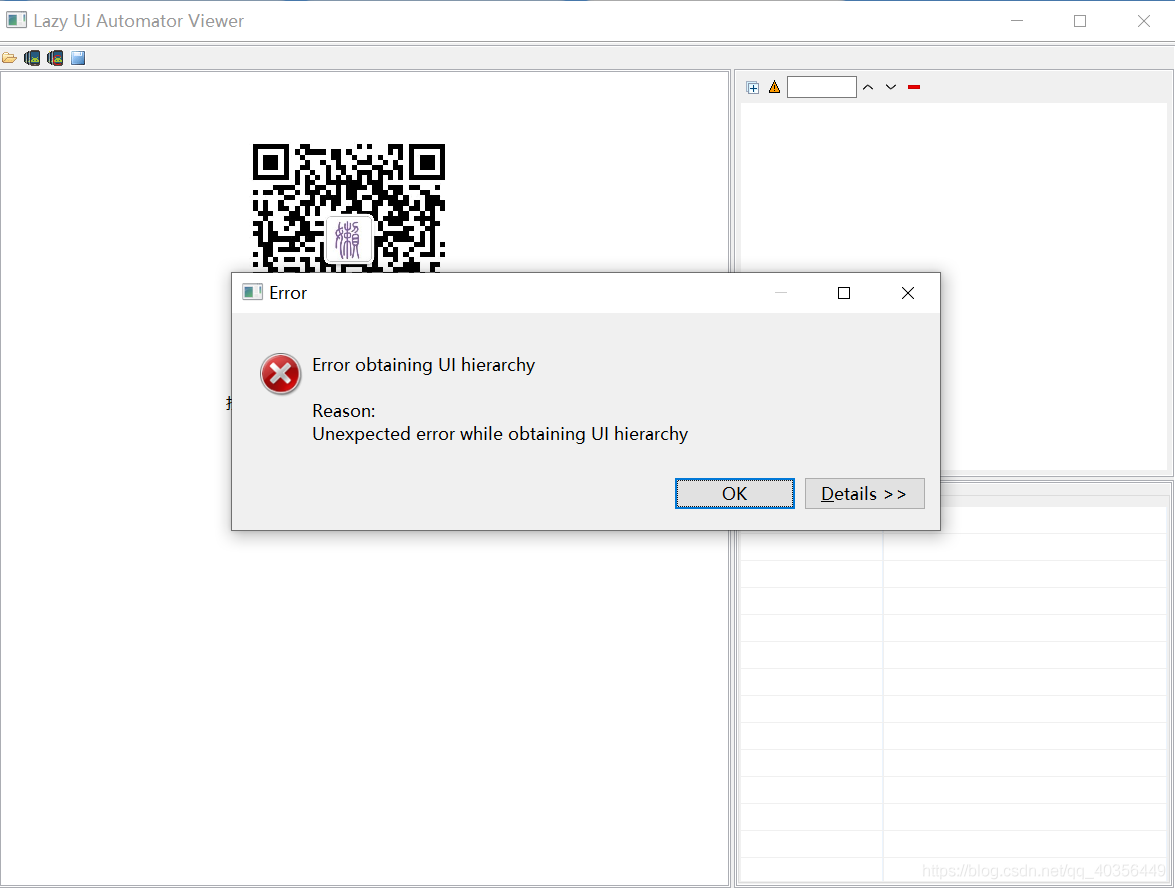 Some bigwigs will say that it’s too expensive for the novice research framework to let the developer change the internal (code) of the development package. In fact, in most cases, the mobile phone is not compatible. It’s better to change the mobile phone, but sometimes the mobile phone that can be used suddenly can’t be used. Here, there is a universal use to reduce the cost of novice learning

The method is as follows

Because every time you have to write four lines of code, it’s troublesome, so you write a batch file.

Put it on the desktop and run it directly: (if you don’t know how to do bat, go to Baidu by yourself) 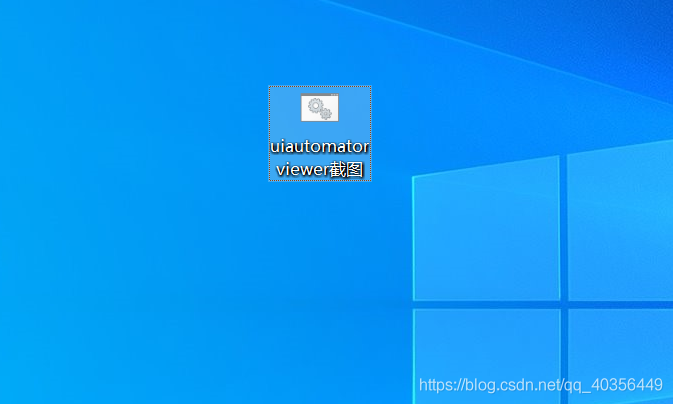 2: Open uiautomatorviewer.bat The operation is shown in the figure below 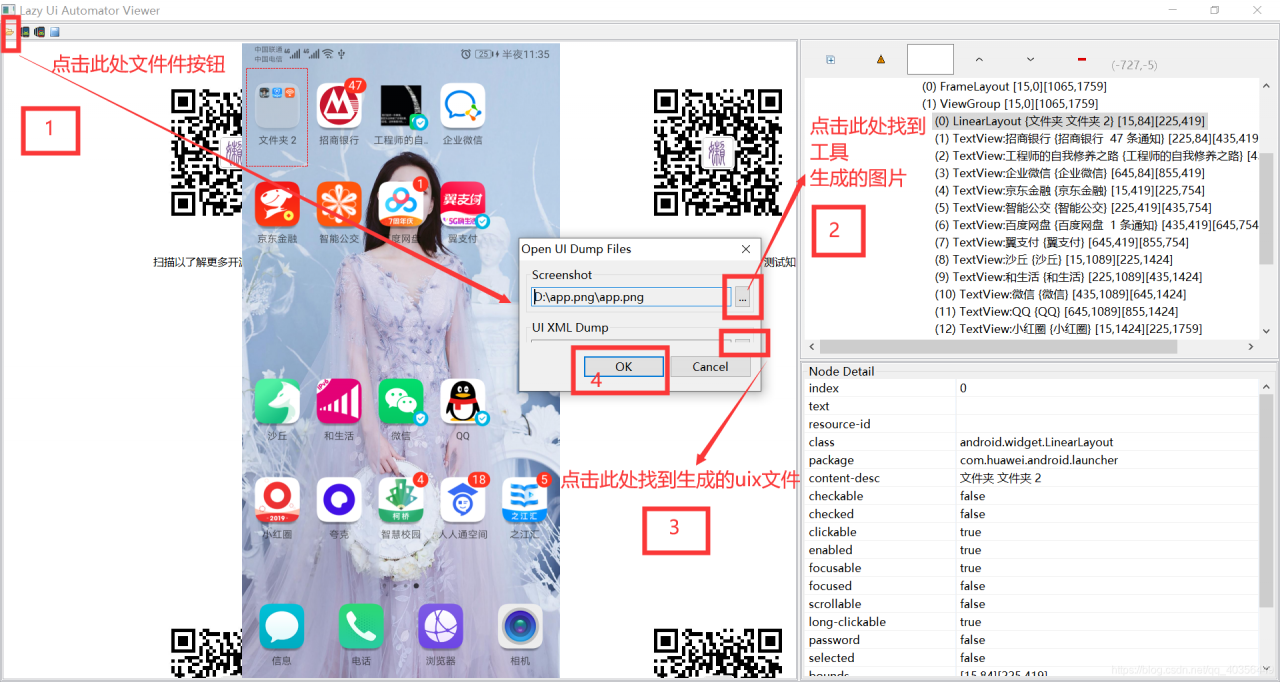 At this point, open the picture, you can locate the various elements of the page 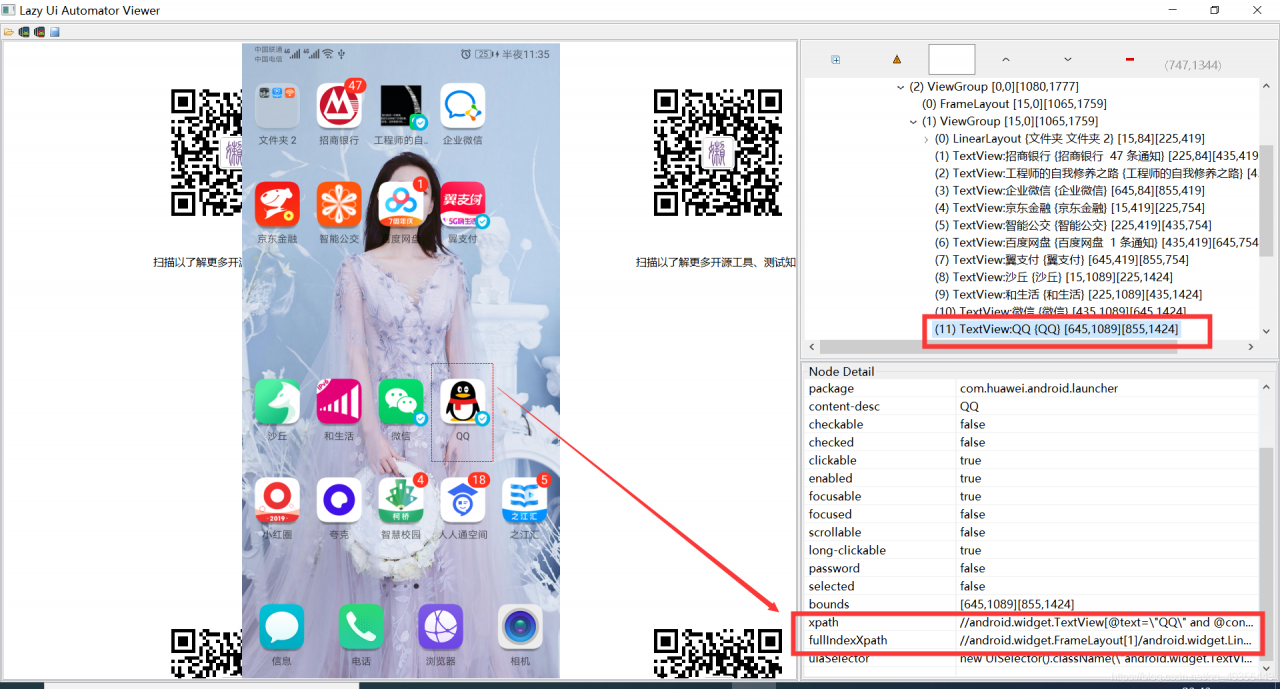 Of course, some people still think that this kind of trouble, of course, there are other tools can also get page elements.