I use archlinux. Recently, on a whim, I wanted to build a blog on GitHub pages. I looked for it and found two mainstream ones, one is Jekyll and the other is hexo. I heard that the previous one has richer functions, but the syntax is not friendly to programmers, and someone around me uses hexo, but I chose the former, which has rich functions and attracts me more.
but I followed the quick start on the home page

When starting the service in the last step, it reports an error 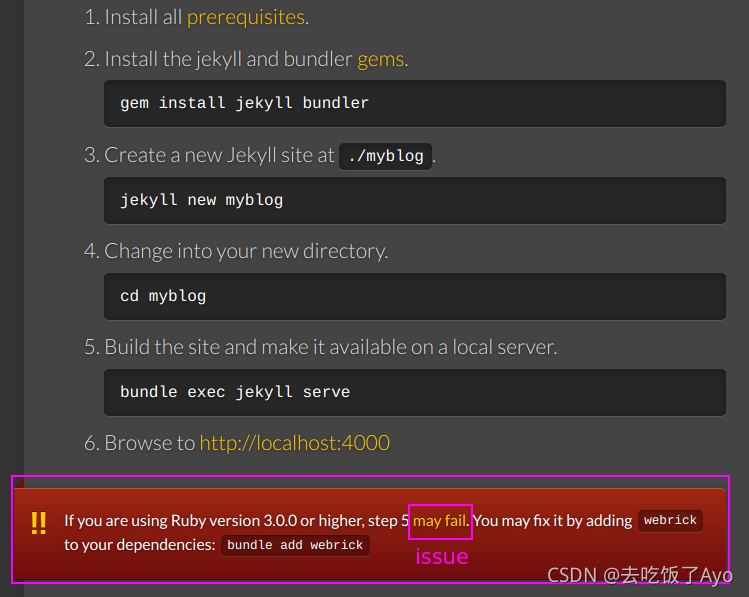 From the answer given in the issue link on the official website, we can know that ruby3.0.0 and above will no longer bring their own webrick and need to be manually added to the environment

Add webrick to dependency: bundle add webrick
this should be implemented in the project