When using an appcloud project composed of multiple import modules, failed to resolve: com.se appears after the operation UI on the tablet side of the project is imported and synchronized renegiant:common : 1.5.20 find for many days can not solve, but today found the corresponding solution, record the first time to solve the bug excited, pro test effective.

2. Set up an AARS folder in the root directory of the whole project, and unzip the downloaded common package and put it in it 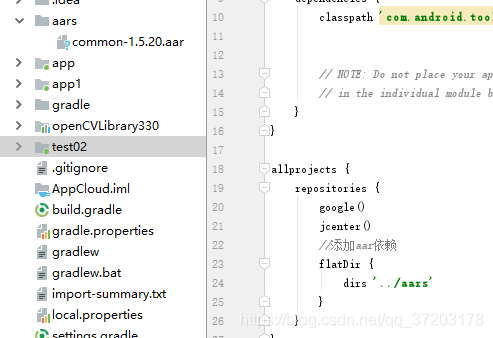 After adding the folder and common package, you need to add the corresponding AAR dependency in the build. Gradle of the root directory, as shown on the right side of the figure above.

3. AAR dependency code to be added

4. Set in build.gradle of the module to be referenced

And note the previous code about the package, such as

5. After modification, synchronize the whole project, and then the problem is solved. 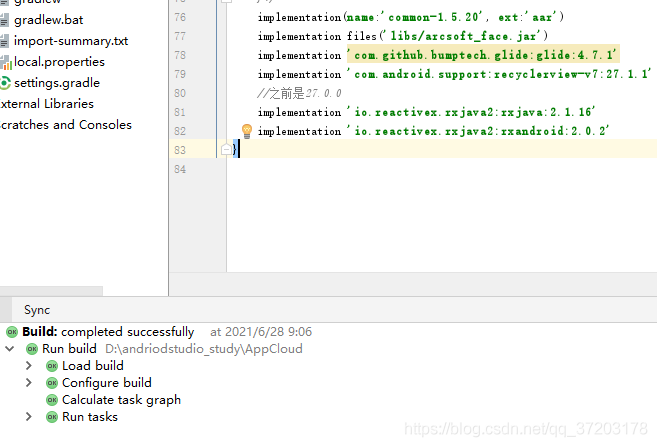