Why looking for
Every time you preview an HTML page, you need to open a variety of browsers. Even if it’s not debugging, just to see what it looks like;
switch to switch, all kinds of refresh, feel a waste of time; I’ve used DW’s real-time preview before, and I think it’s a great feature.
is back in the atom plug-in repository…
Plug-in: atom – HTML – preview

via install inside the editor

Usage and effect
shortcuts
Default shortcut: CTRL + P, which will conflict with the built-in core plugin (switch files) – very difficult to modify: CTRL + F12(easy to use and no conflict shortcut)

Tips:
is written in the keymap with the highest weight… Newer versions of Atom have the Dev Live Reload plug-in built in;
The purpose of this plug-in is to reload all styles and rules, similar to Linux source xx. Sh … The call shortcut is CTRL + SHIFT + ALT +R
Of course, closing Atom and then opening the Atom editor also reloads all the style rules…
rendering
I used pages written by THE BS framework to test… Can be correctly previewed, internal CSS is CDN also can be correctly identified 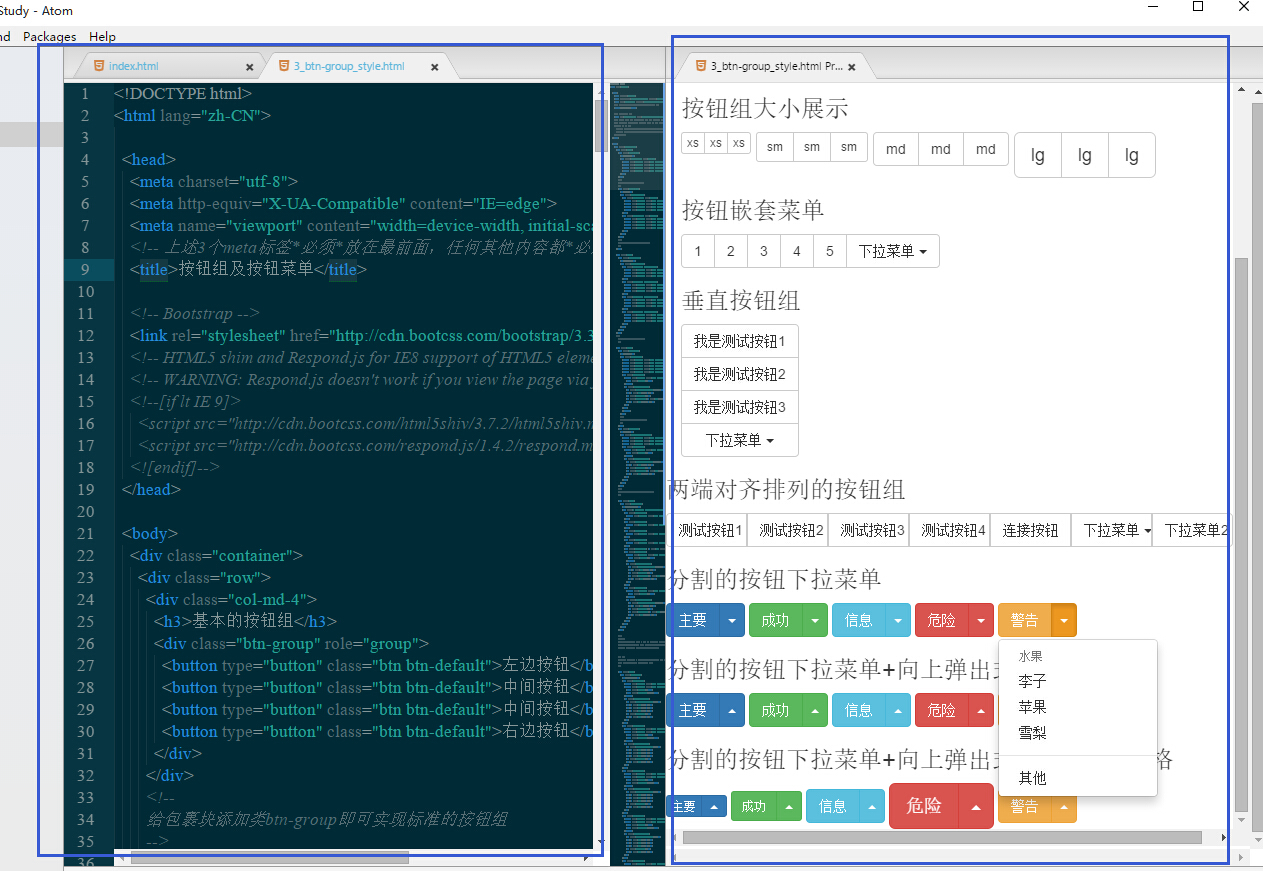 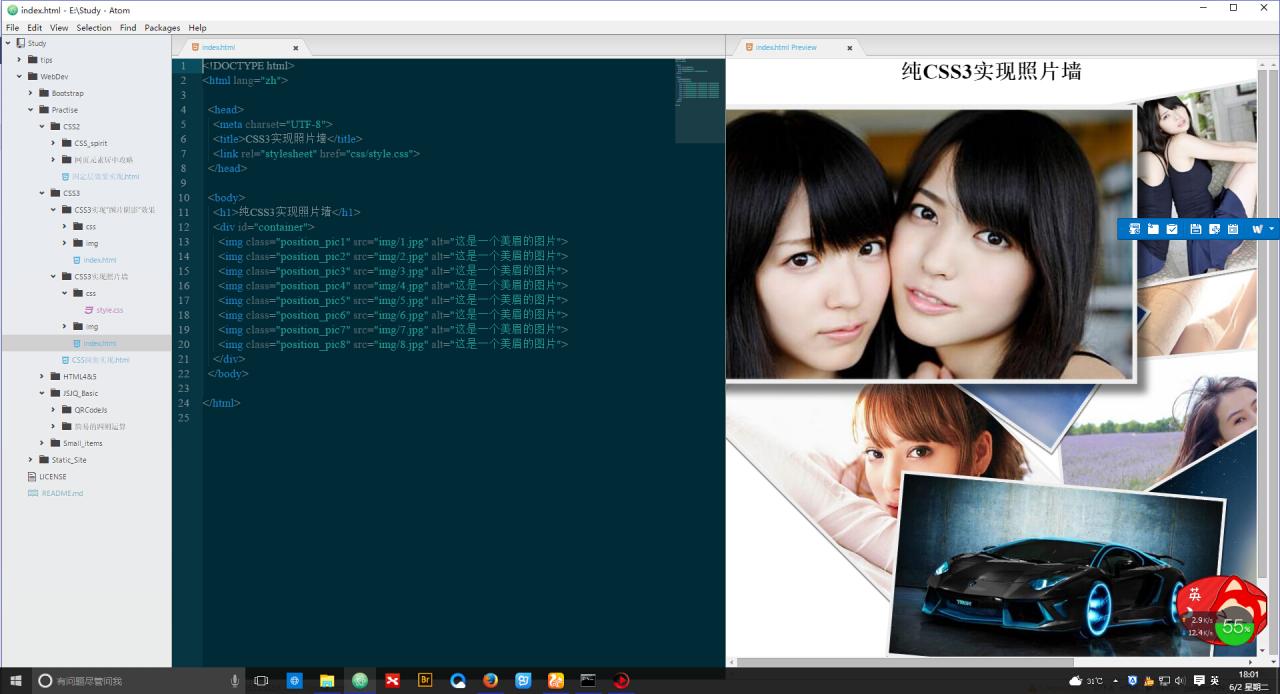 Browser guess
When I went to the github repository page of the plug-in, I only saw some cson rules, no external browser was called…
So there’s only one answer… It’s chromium… So the kernel should also be blink
and below is atom which refers to the external description.

Whether you’re tweaking Atom’s CSS interface or adding some of the main HTML and JavaScript features, it’s easy to control and easy to use.