As shown in the question, start the Docker container according to the image built by yourself, exit directly, and check the error message in the container log without any other information. Internet search this problem, found that many people have encountered, the solution is also different, finally found an article. Inspired, my project is a Java project that builds a service running in the background with the ENTRYPOINT command starting the script docker-entrypoint.sh. My Docker-entrypoint. sh is edited under Windows, and the natural FileFormat is DOS. Here, it needs to be modified to Unix, and the modification method is also very simple. There is no need to operate under Linux. 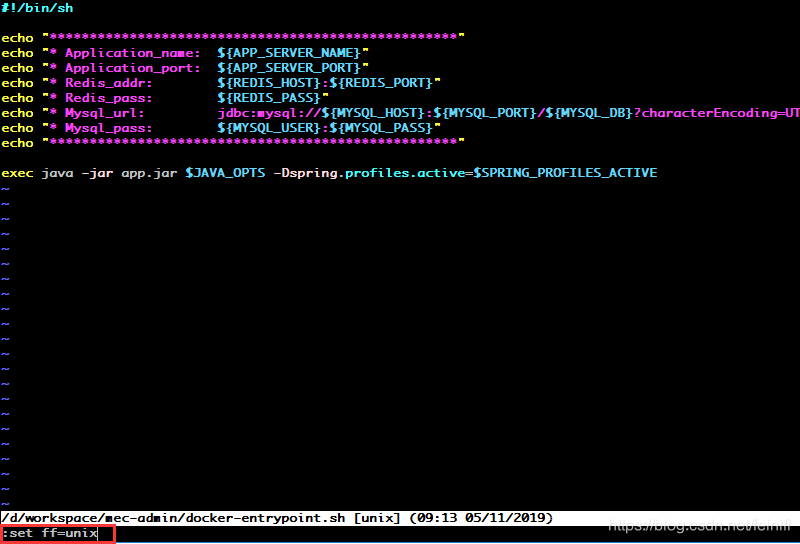 After the modification is completed, the image can be built again. If the new image is started, no error will be reported, which is usually difficult to detect. I hereby record it, hoping to help someone who has encountered this mistake.