I. Function overview
The main function of DHCP (Dynamic Host Configuration Protocol) is to centrally manage and assign IP addresses, so that hosts in the network environment can dynamically obtain IP address, Gateway address, DNS server address and other information, and improve the utilization rate of addresses.
DHCP protocol adopts the client/server model: When the DHCP server receives the address application information from the network host, it will send the relevant address configuration information to the network host to realize the dynamic configuration of the network host address information.
Ii. Working principle
DHCP USES UDP as the transport protocol. The host sends the request message to port 67 of DHCP server, and the DHCP server responds the reply message to port 68 of the host. The detailed interaction is as follows.
(1) DHCP Client sends DHCP Discover message by broadcasting. 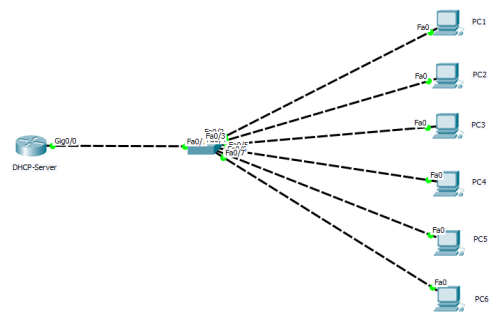 diagram, routers were dhCP-server and switches were two-layer devices (switch ports connected to PC1-6 hosts were all in the default VLAN 1).

1. Before the configuration of dhcp-server is completed, PC1 is configured to DHCP to get the IP address, which is shown as follows: 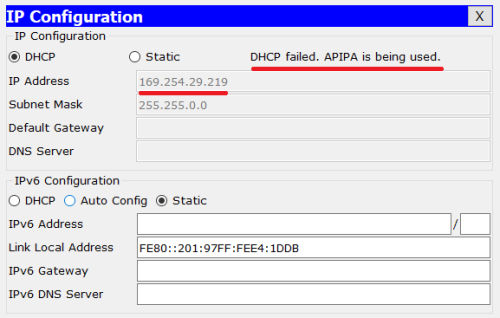 (2) configure DHCP service as shown in the figure below:

3. At this point, verify the IP address acquisition above PC1: 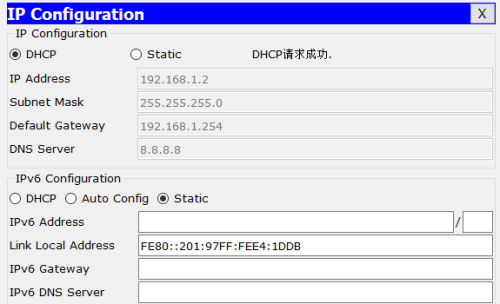 As can be seen from the figure above, PC1 successfully obtained the CONFIGURATION information of IP address, gateway, DNS-Server, etc.